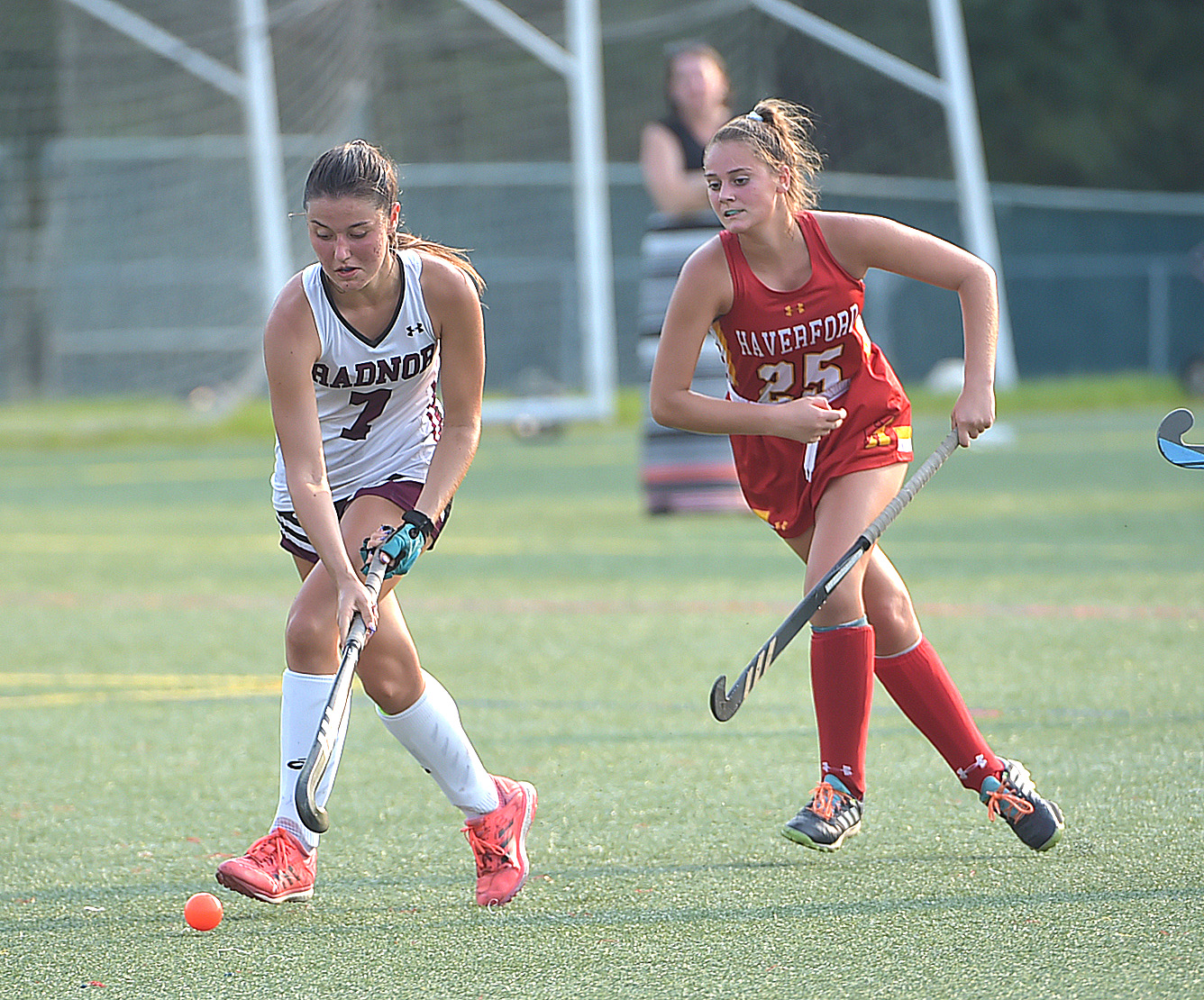 In addition to Player of the Year Ashley Sessa from Episcopal Academy, the All-Delco team includes:

Macy Szukics, Episcopal Academy: If Sessa and Garber were the Churchwomen’s driving forces up front, Szukics set the tone in the midfield. The two-time All-Delco and Duke-bound senior scored 18 goals and nine assists to lead the Churchwomen to a 20-1 record, their second straight Inter-Ac League title and third consecutive PAISAA championship. The team captain was a critical part of EA’s defensive unit and in the attacking zone. She was a unanimous first-team All-Inter-Ac League selection and was named to the PAISAA all-state team by the Pennsylvania High School Field Hockey Coaches Association (PHSFHCA) and first-team All-Pennsylvania Region by the National Field Hockey Coaches Association (NFHCA).

Mia Garber, Episcopal Academy: It’s easy to see why Garber his headed to Boston College to play field hockey. The senior forward has the ability to get her stick on everything and is a terrific finisher. She collected 28 goals and nine assists in a high-powered attack that averaged 6.1 goals per game. Only Sessa scored more goals that Garber. She was also a first-team all-league selection and was named to the PAISAA all-state team after helped the Churchwomen to their third straight private schools title.

Gianna Ciluffo, Episcopal Academy: The senior goalie was the backbone of a stingy EA defense that posted nine shutouts and allowed just 21 goals, including 16 in the last 20 games. Ciluffo had five of those shutouts outright and combined with Olivia Warchol on the other four. She came up big with 11 saves including five in the fourth quarter, in a 2-1 win over eventual PIAA Class A champ Wyoming Seminary. Ciluffo also stopped 13 shots in a 3-0 win over the Hill School during the regular season. She is headed to Columbia University. She was named first-team All-Inter-Ac, first team PAISAA all-state and first team All-Pennsylvania Region.

Hope Delaney, Radnor: Princeton is getting a good one in Delaney. She made the successful switch from defense to midfield as a senior, and the moved played a huge role in the Raptors’ success. Radnor went 13-4-1 overall record and a 9-1 to finish second behind Conestoga in the tough Central League and earn the No. 4 seed in the District 1 Class 2A tournament. A four-year starter and senior co-captain, Delaney finished third on the team with 16 goals and tied Riley Mazzalupi for the team lead in assists with 12.

Saylor Milone, Notre Dame: Just a sophomore, Milone was the focal point of the Irish attack. She led the team in goals (26) and assists (nine), but was at her best with the game on the line. She had seven game-winning goals and assisted on three winners. She was selected as one of the top 100 players to watch in the Class of 2024 by Max Field Hockey and has been invited to attend the USA U16 National Camp and was named to the All-Inter-Ac first team.

Maeve Seeger, Notre Dame: Seeger was a versatile performer for the Irish as a sophomore, moving between defense and midfield, wherever she was needed most in a given situation. She tallied nine goals and three assists to lead Notre Dame to a 15-6 record and a second-place finish in the Inter-Ac League, were she was a first-team all-league selection. Seeger also was named as one of the top 100 players to watch in the Class of 2024, 34 of whom are from Pennsylvania.

Maeve Boston, Cardinal O’Hara: The three-year starter has improved steadily over the course of her career. Her stick skills and athleticism made her an accomplished finisher and distributor. The junior midfielder tied for the team lead in goals (14) and led the Lions in assists (16) to earn Most Valuable Player honors in the Catholic League. Boston committed to Villanova in October and also is a member of the O’Hara softball team.

Kayla Snyder, Garnet Valley: The junior back was the heart and soul of a defense that paced the Jaguars to the District 1 Class 3A title game for the first time in school history. She tore a hamstring in the semifinal win against Methacton, and her absence was felt in Garnet Valley’s 2-1 loss to Central League rival Conestoga in the district final and 2-1 setback to Wilson in the opening round of the state tournament. Snyder collected six goals, six assists and four defensive saves, and anchored a defensive corner unit that allowed just eight goals in 113 attempts. Earned first-team All-Central League honors and was named to second team Class 3A all-state by the Pennsylvania High School Field Hockey Coaches association. She will play in college at West Chester.

Lauren DeRose, Agnes Irwin:  Ranked as one of the top 50 players in the Class of 2023 nationally, the junior is a three-year starter for the Owls and served as a team captain. She was integral to both the attack and the defense from her center midfield position. She tallied eight goals, nine assists and three defensive save en route to first-team All-Inter-Ac League honors. She has committed to traditional NCAA Division I power Iowa.

Cate McConaghy, Archbishop Carroll: The junior served as the catalyst for both the offense and the defense from her midfield position. She was selected as the team’s MVP after leading the Patriots to the Catholic League and District 12 Class 2A championships, and a berth in the PIAA tournament. Her signature move was the “slither” as she snakes through defenders. A first-team All-Catholic selection, McConaghy finished the season with 13 goals and six assists.

Charly Bruder, Episcopal Academy: Another player who is ranked among the top 50 to watch in the Class of 2023, the junior teamed with Szukics to form a potent midfield for the Churchwomen (20-1), who closed the season on a 14-game winning streak to capture their third straight PAISAA title. She had 10 goals and seven assists and also was key to EA’s defensive efforts. A first-team all-league and PAISAA all-state selction, Bruder has committed to the University of North Carolina.