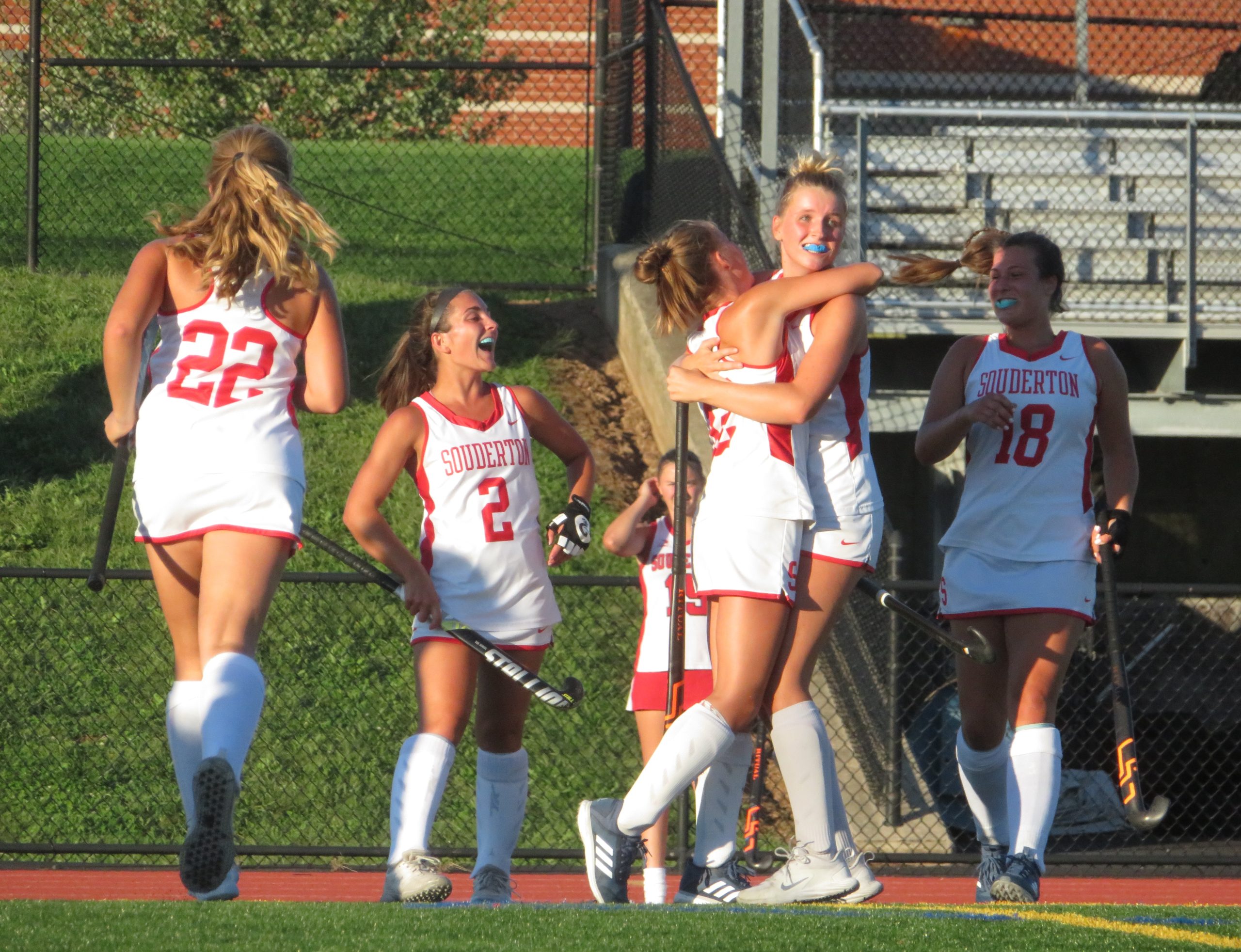 The Indians scored two goals in the fourth quarter to pick up a 4-3 win and stay perfect through five games this season.

The Bucks proved they can go toe-to-toe with a Souderton program that’s been near the top of the league since 2018.

“Credit to Souderton,” West coach David DeAngelis said. “They’ve been at the top of the conference, state qualifiers, and we’re trying to get to that level. I think what you witnessed tonight is that we played hard, we played gritty and we absolutely had our chances. They forced a couple turnovers that were not well-timed and they took advantage and that’s how it ended.

“It was important for us because we’ve been trying to build our program from the previous couple years and we believe in what we can do. They believe that there’s a few adjustments that we need to make. Basically, it just showed to me that we can play with the top team in our conference.”

The SOL Colonial rivals went to halftime tied, 2-2, and it stayed that way through the third quarter. Souderton (5-0, 4-0 SOL Colonial) took the lead with 10:04 remaining when Ava Jones found the far side of the cage with a strong shot from the right.

“I just hit it, to be honest,” Jones, a sophomore who’s goal was assisted by Angela Borisow, said. “I knew someone would get there. We have a pads person, we have a post person. We have to hit it in and luckily it just went in.”

Less than four minutes later, Hannah Cornes doubled Souderton’s advantage. West goalkeeper Kendra Pitts made a diving save, but Souderton was able to get a stick on the rebound. Cornes scored the goal and Tatum Andrews earned the assist to make it 4-2 with 6:19 left in the game.

“We always practice (second chances) in practice,” Jones said after Souderton scored two of its four goals on rebounds. “Rebounds, rebounds, your own rebound, everything. Just getting the rebounds proves how hard we work on it at practice.”

CB West (5-1, 3-1 SOL Colonial) answered quickly. The Bucks got the ball out of their own circle and attacked in transition. Aida Ierubino carried the ball most of the way up the field before passing to Mimi Duffy for the score to make it 4-3 with 5:50 left.

Souderton was able to keep the ball out of harm’s way for the final minutes to stay perfect early in the season.

West took a 1-0 lead late in the first quarter. Eve Damsker got the ball to Ierubino, who relayed it to Duffy at the far post. Duffy put it away for the game’s first goal in the final 30 seconds of the opening quarter.

The rivals alternated three goals in the second quarter. Souderton’s Lauren Frye tied the game with a shot off of a penalty corner, West’s Ierubino put the Bucks back back in front on a corner and Souderton’s Andrews made it 2-2 when she put away a rebound with 1:12 until halftime.

These teams will meet again in the regular season finale Oct. 18 at Central Bucks West.