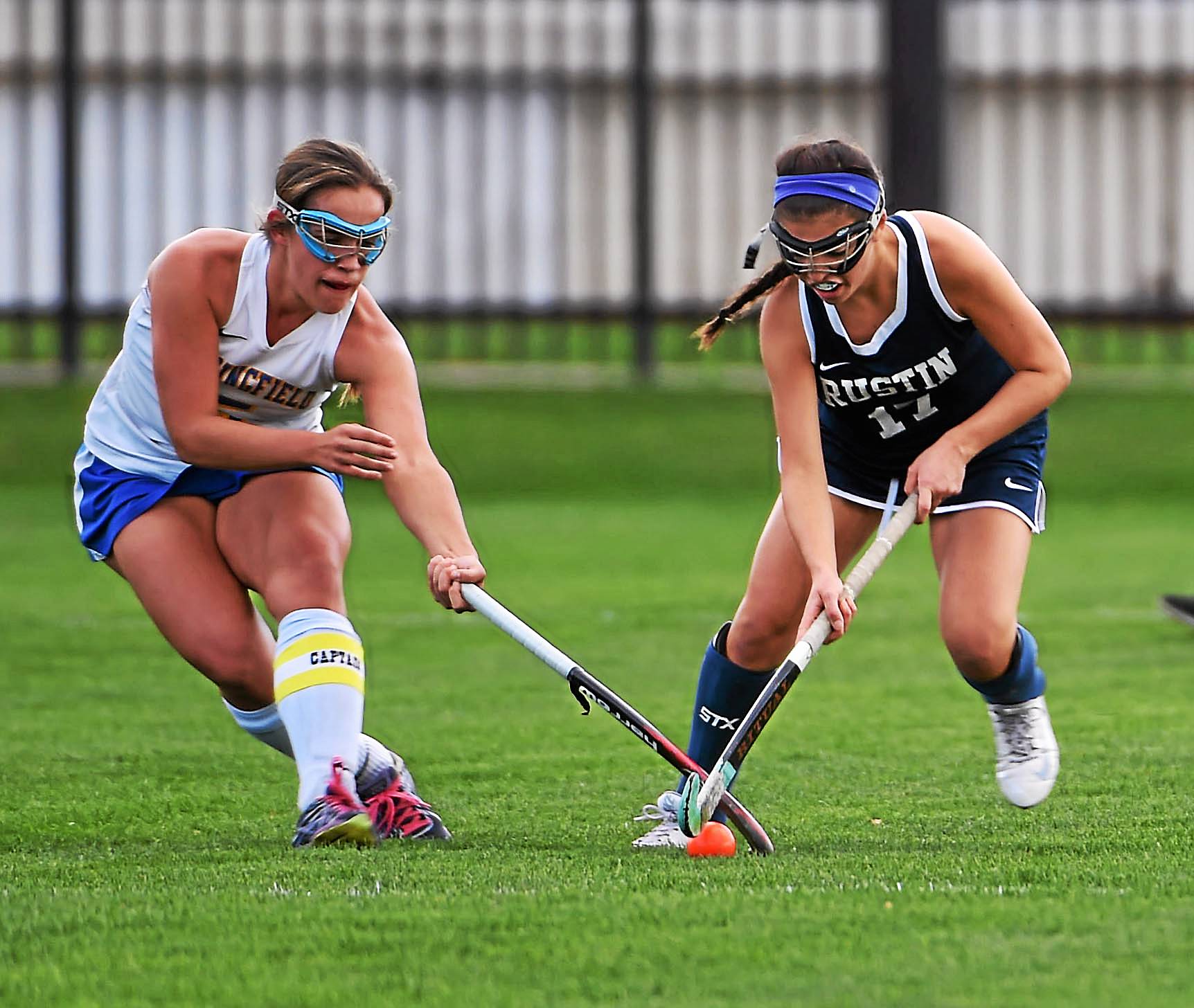 Field hockey
North Penn 3, CB East 2: Freshman Kiley Moister stepped into goal for an injured Kiera Holt and came through with 10 saves for the Knights (3-2) on Tuesday in SOL Colonial action. CB East took a 2-1 lead in the first half, but a goal from Kylie Barwis off a feed from Ashleigh Barwis tied the game at 2-2 in the second quarter. The defensive nature of the game settled in until Laura Albert scored with 8:41 remaining in the contest for the Knights. Erika Pickford also scored for North Penn.

Wissahickon 2, PW 0: In a mostly defensive contest the Trojans got goals from Kayla Mullin in the second quarter and Riley Ball in the fourth to pick up the win on Tuesday in SOL Liberty action. Caroline Fitzpatrick was credited with both assists.

Methacton 8, Pottsgrove 0: The Warriors jumped out to a 7-0 lead after one half and never looked back on Tuesday. Avery Schwartz led the attack with three goals, while Calie Fisher added two goals. Also scoring for Methacton were Lily DeWan, Ceci Rehak and Maddy Baker. Elena Weychert added two assists for Methacton.

Hill School 9, Archbishop Carroll 0: The Patriots fell behind 4-0 at the half and never recovered in nonconference action on Tuesday. Arianna Hall stopped six Hill shots on goal for Carroll. Opal Sparling and Maggie Kondrath each scored two goals for Hill.

Girls Tennis
Upper Dublin 6, PW 1: The Cardinals swept the doubles matches and rolled to the SOL Liberty win on Tuesday. Ava Trauger/Brie Watlington set the tone at No. 1 doubles with a 6-3, 6-0 win.

Upper Dublin 6, North Penn 1: On Monday, Upper Dublin rolled to the SOL crossover victory behind dominant doubles play. The match of the day was at No. 3 doubles where the Cards survived a third-set tiebreak with Maddie St. Pierre/Nyla Matthews winning 7-6, 4-6, 1-0 (10-5) over Ashley Yu/Madeline Adarayan.

Methacton 7, Pottsgrove 0: The Warriors didn’t lose a game in rolling to the PAC win on Tuesday. Hana Nouaime, Alice Liang and Lauren Montgomery all set the tone with double-bagel victories.

PJP II 5, Upper Merion 2: In five different flights the Golden Panthers won in straight sets on Tuesday in PAC play. Mia Zernick (6-4, 6-2) and Claire Schiele (6-2, 6-4) set the tone at the top of the lineup for PJP. Upper Merion got a big win at No. 3 doubles where Colette Egan/Ishita Singh pulled out a 6-4, 1-6, 7-5 thriller over Molly Houchins/Victoria Wagner.

Wissahickon 7, Quakertown 0: The Trojans did not drop a set in rolling to the SOL Liberty win on Tuesday. Nicolette Agassi set the tone at No. 3 singles for Wissahickon with a 6-0, 6-0 victory.

Girls soccer
Princeton Day 2, Germantown Academy 1: Madison Kerest scored the lone goal for GA off a feed from Kirsten Wetzel in a losing effort on Tuesday.

GMA 1, Mount St. Joe’s 0: Riley Morris scored the lone goal of the game in AACA action on Tuesday. Caroline Drakeley was credited with the assist, while Ellie Verrill got the clean sheet in net.

CB West 3, Souderton 2 OT: The Indians dropped a heartbreaker on Tuesday in SOL Colonial action. Jake Luciani and Ethan Lacher both scored for Souderton with Trent Weaver picking up an assist. Chris McKenna made six saves in net for Souderton.

Boys golf
La Salle 189, Penn Charter 197: Tyler Leyden shot an even par round of 35 on the Centennial Nine of Huntingdon Valley Country Club and Colin Broderick added a 36 as the Explorers moved to 11-0 on the season.

CB South 198, North Penn 212: Danny Steinmetz carded a 39 but it was not enough for the Knights on Tuesday at Pinecrest. Emma Reilly shot a 36 and Brendan Reilly carded a 37 for South.

Girls volleyball
Abington 3, Wissahickon 0: The Ghosts improved to 7-0 with a sweep of the Trojans on Tuesday in SOL Liberty action. Kenya Lucas led the way with 15 kills, while Sasha Moody added eight of her own. Mary Carter chipped in with 25 assists, while Elle Pennekemp had two blocks.