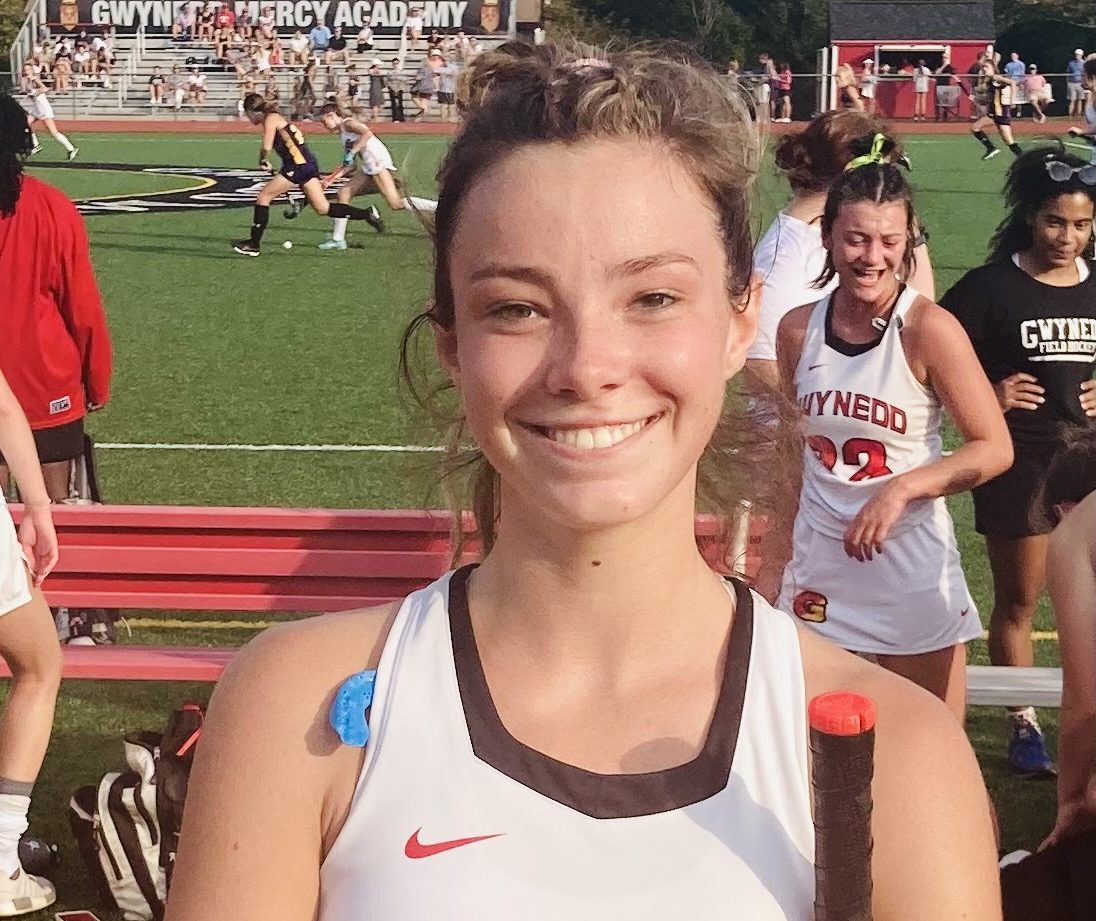 There was plenty to celebrate.

“This is a huge win. We were so excited coming in because they’re our rival and this is always a big game for us,” McVeigh said of her team’s clash with Mount Saint Joseph. “Our mindset was to really play as a team today and that’s what we did.”

McVeigh led the way with a game-high four goals as the Monarch offense attacked in waves, putting together a cohesive performance from start to finish in an 8-0 victory over the Magic.

“We were just really trying to look for each other,” McVeigh said of an offense that put it all together.

The Monarchs take full momentum into a contest at Villa Maria Academy on Friday at 4 p.m. Mount will try to bounce back for a 4 p.m. game Friday at Sacred Heart.

McVeigh scored the Monarchs’ first two goals, one in the first quarter and one in the second, as GMA built a 2-0 lead by halftime.

Controlling the ball and keeping it in the Mount half of the field, the Monarchs were beginning to dominate.

Said McVeigh of the keys offensively: “movement, getting open for each other and looking up. And our passes were right there.”

GMA dug in after the break.

The passing was even more on point, and the attack was gaining steam as a whole and finding openings.

Sydney Mandato struck early in the third to extend the lead to 3-0. Ava Huntley connected for Gwynedd, making it a 4-0 advantage.

McVeigh and Audrey Beck each scored to widen the gap to 6-0 by the end of the third quarter.

McVeigh was enjoying a fine performance against one of Gwynedd’s biggest rivals.

“I felt great,” she said with a smile. “It’s always good to score against Mount.”

And she had one more left.

Beck scored again in the fourth, as did McVeigh, and the 8-0 victory was complete.

Campbell Donovan had a nice game for the Magic, nearly breaking the shutout with a shot that banged off the post.

Lilly Sweeney earned the shutout in net for the Monarchs.

“We have our Villa game on Friday and I know they’re playing really well,” McVeigh said. “So this was a good game to get us ready.”