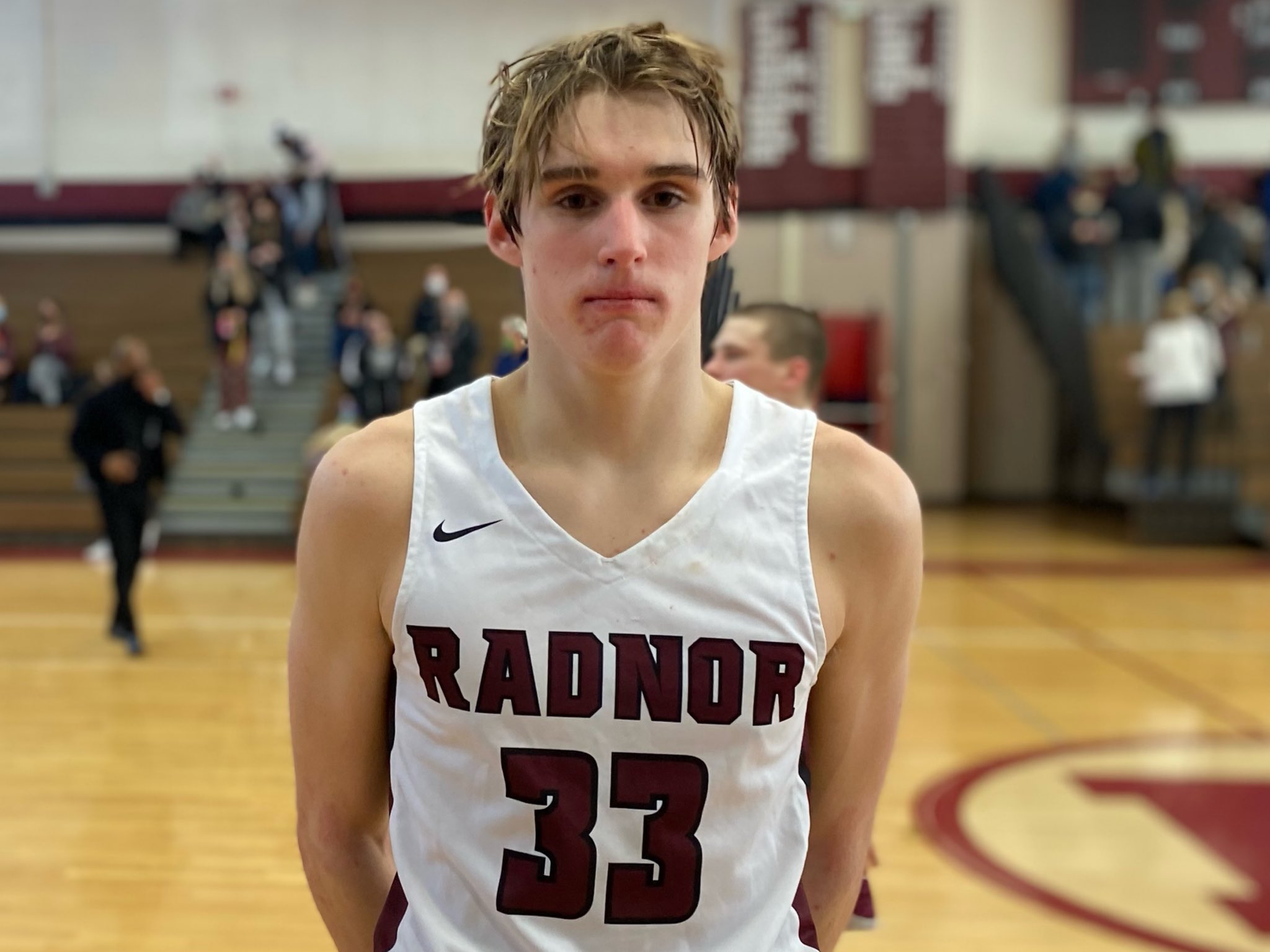 The junior was the Raptors leading scorer and rebounder this season, and was a key factor in Radnor advancing to the District 1 boys’ basketball championship final for the first time since 1961. In the PIAA 5A state tournament opener, he scored 38 points and grabbed 16 rebounds. Radnor boys basketball head coach Jamie Chadwin said, “Jackson has the ability to score inside and outside. His footwork and change of direction is exceptional. But his most dangerous characteristic as a basketball player is his competitive IQ. He studies his game, his opponent and really tries to apply that knowledge to his approach… on top of being extremely coachable and of the highest character.”

Q: What is your favorite memory of Districts?

A: My favorite memory at Districts was playing the championship final at Temple. Even though the game didn’t turn out as we hoped, it was exciting to play on a college court and in front of so many people. It’s an experience I’ll remember forever.

A: My favorite basketball player is Tyrese Maxey. I’m a big Sixers fan and he’s really fun to watch play. I love his energy and his ability to score in different ways.

Q: Tell us a little about your start in competitive basketball. What coaches/mentors have been particularly helpful to your basketball career, and what was the most important thing you learned from each of them?

A: My dad got me into basketball around 2nd grade and has always helped me improve from then to now. I played in a couple of leagues in elementary school with many of my current teammates for Radnor Rush. I started AAU around 4th grade with Coach Fisher and he has helped me become more confident with the ball along with many other things throughout my years with him. Since being at Radnor High School, Coach [Jamie] Chadwin and the rest of the staff have been extremely influential by teaching me a lot about the game and developing many of my skills, allowing me to grow as a player and person. I’ve also worked with Austin Carroll for a couple years now to improve my strength and conditioning along with my on-ball skills.

A: To prepare for games, the whole team meets in the gym after school to finish game-planning and also get some shots up. Then I make sure to stay hydrated and I eat something light around two hours before the game starts. I’ll stretch with my teammates before we take the court.

Q: What is your favorite academic course at Radnor? What do you think you’d like to major in at college?

A: My favorite academic course at Radnor is probably Economics. I think I would like to major in something that would allow me to get into a career in the business field.

Person I admire most: “My dad because he’s always there for me and supportive on and off the court.”