Archbishop Wood pulls away in 4th, tops William Allen in PIAA 6A quarterfinals 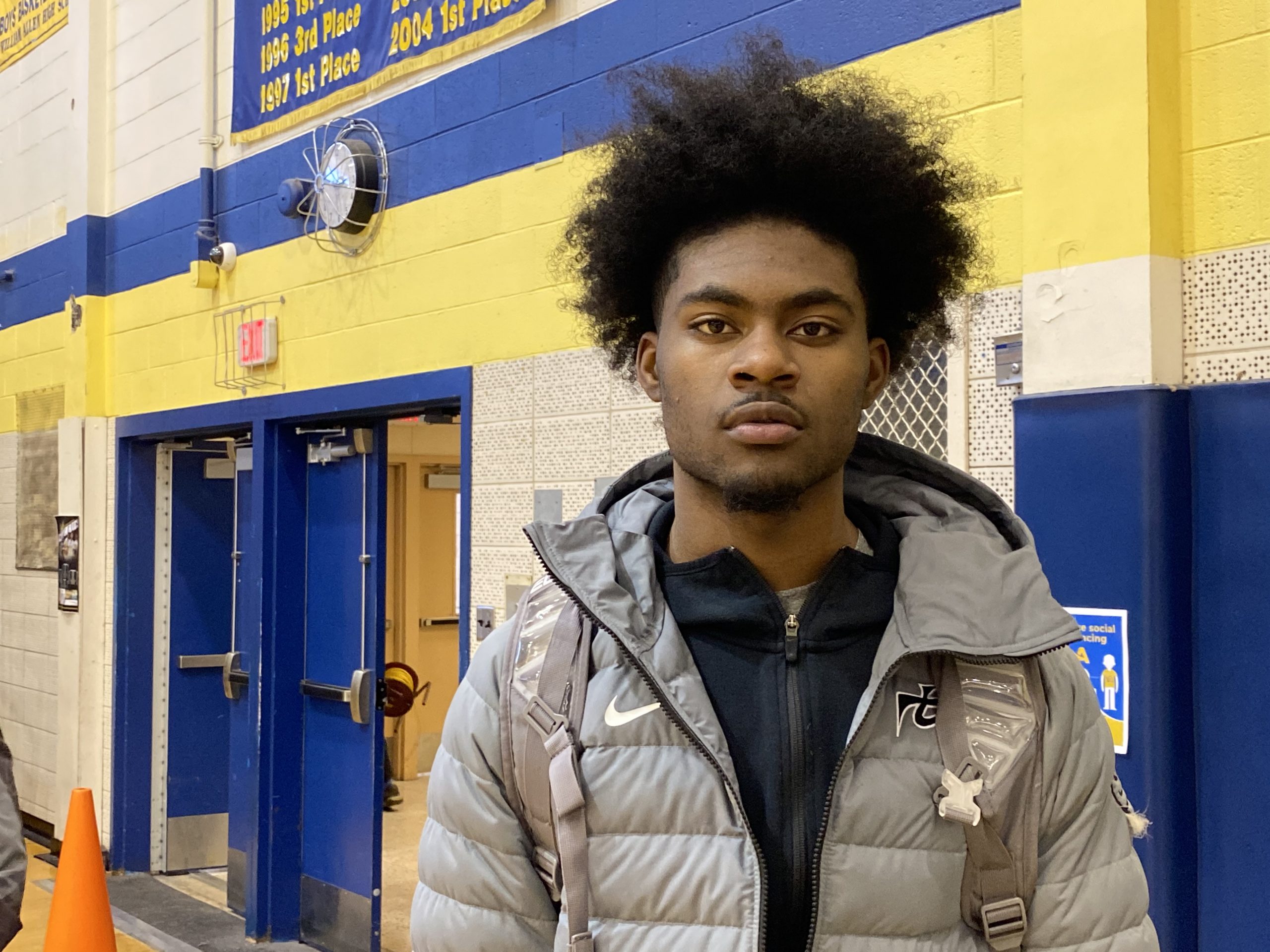 One starter unavailable, another in foul trouble, a quick start by the opposing side – the Vikings are just going stick with who they are and what they do. And while Wood got a tough challenge for host William Allen Saturday afternoon, the PCL champs continue to move closer to a state championship.

Mike Knouse and Tyson Allen provided key baskets in the third quarter while Marcus Randolph powered a strong Wood finish, the Richmond commit scoring 10 of his game-high 23 points in the fourth as the Vikings pulled away from the Canaries for a 70-56 PIAA Class 6A quarterfinal victory at Sewards Gym.

“Just staying with what we got,” Wood coach John Mosco said. “We got seniors and we got guys that practiced and played all year. The finally got the opportunity – Mike Knouse and Tyson Allen and they ran with it, they played well. It makes it easy for those guys when you have ‘Shool Diggins, Marcus Randolph and Jay Stinson with you.”

BOYS #BASKETBALL: @WoodBoysBball’s @_mlr_2 drives down the lane for a basket 4Q vs. William Allen. pic.twitter.com/qZxiK68g0O

The Vikings (18-0) were without senior starter commit Daeshon Shepherd, Mosco stating the La Salle commit was out due to contract tracing. Knouse stepped into the starting five and finished with 10 points – combining with Allen for nine of Wood’s 18 third-quarter points as the visitors stretched a 31-28 halftime lead into a 49-42 advantage entering the fourth.

Knouse opened scoring in the final quarter by knocking down a three while Randolph’s basket off a drive had Wood up a dozen.

William Allen, the District 11 champion, cut the margin down to eight after three Anthony Rondon free throws made it 56-48 with 5:14 remaining but Wood answered with a 14-4 run capped by five straight points from Randolph for a 70-52 lead.

Archbishop Wood advances to visit District 1 champ Lower Merion in the PIAA semifinals Tuesday. The Vikings last reached the state semis in 2019 when it lost in the Class 5A final. Last year, Wood reached the 5A quarters before COVID-19 cancelled the remainder of the postseason.

“Just keep rolling with the game plan cause everyone wants to knock Wood off,” Randolph said. “So they going to come out hard and focus every game.”

Diggins picked up his fourth foul at 4:15 in the third and the UConn commit finished with just three points. But Jaylen Stinson registered 16 points for the Vikings and Muneer Newton added 10 points.

Rondon and Nathan Ellis both hit four 3-pointers for the Canaries, Ellis scoring a team-high 18 points while Rondon posted 17 points.

Ellis knocked down three triples in the first quarter, his back-to-back threes staking William Allen out to an 11-5 lead. Two Melkia Copeland free throws had the Canaries again up six at 13-7 at 4:37 before Wood scored the quarter’s last seven – Stinson’s three putting the Vikings up 14-13.

BOYS #BASKETBALL: Nice ball rotation by @WoodBoysBball results in a corner 3 from @Jay1en_ for a 29-28 Wood lead 2Q vs. William Allen. @_mlr_2 with the assist. pic.twitter.com/G4ZEttjc7X

The Canaries, however, answered with a 9-2 burst of their own behind a trio of threes from Rondon – the senior guard’s corner trey giving Allen a 28-26 edge. But Stinson drained a three to put Wood back ahead while Randolph’s fast-break basket had the Vikings leading 31-28 at halftime.

Copeland’s three-point play on a putback drew Diggins’ fourth foul and had the Canaries down two at 37-35. Two Ellis free throws after a Wood technical had the hosts within 40-37 at 3:05 in the third.

But the Vikings assembled another 9-2 run to take its first double-digit lead. Allen hit two foul shots at 2:27 while a Knouse transition basket made it 44-37. Two from Emmanuel Ozuna had the Canaries trailing 44-39 only for Allen to convert a three-point play at 1:14. Knouse got to the hoop for two more, pushing the advantage to 49-39.

“It was big cause he rebounds, he does a lot of the dirty work,” said Mosco of Knouse. “He’s not the athlete that Daeshon is but usually shoots the ball a lot better. But he ended up I think with 10 and 10 – 10 rebounds so he’s coming along. And it was good to see Tyson, who works hard in practice to get the chance in the game and he wasn’t scared in a big-time environment on the road.”

An Ellis 3-pointer sliced Wood’s lead to 49-42 entering the fourth but Knouse’s three and a drive by Randolph increased the margin to 54-42.

BOYS #BASKETBALL: @WoodBoysBball’s @_mlr_2 slices through the lane for a basket 3Q vs. William Allen. pic.twitter.com/tULw0HRMUA

After Rondon’s three free throws cut the Canaries’ deficit to 56-48 at 5:14, Newton scored inside while a Randolph foul shot had the Vikings up 11 with 3:45 remaining.

An Elijah Vigo basket made it 59-50 but that was the last time William Allen was within single digits. Buckets from Stinson and Diggins put Wood up 13. Randolph gave the Vikings their biggest lead at 70-52 with a three-point play at 1:25 after rebounding his own missed free throw.