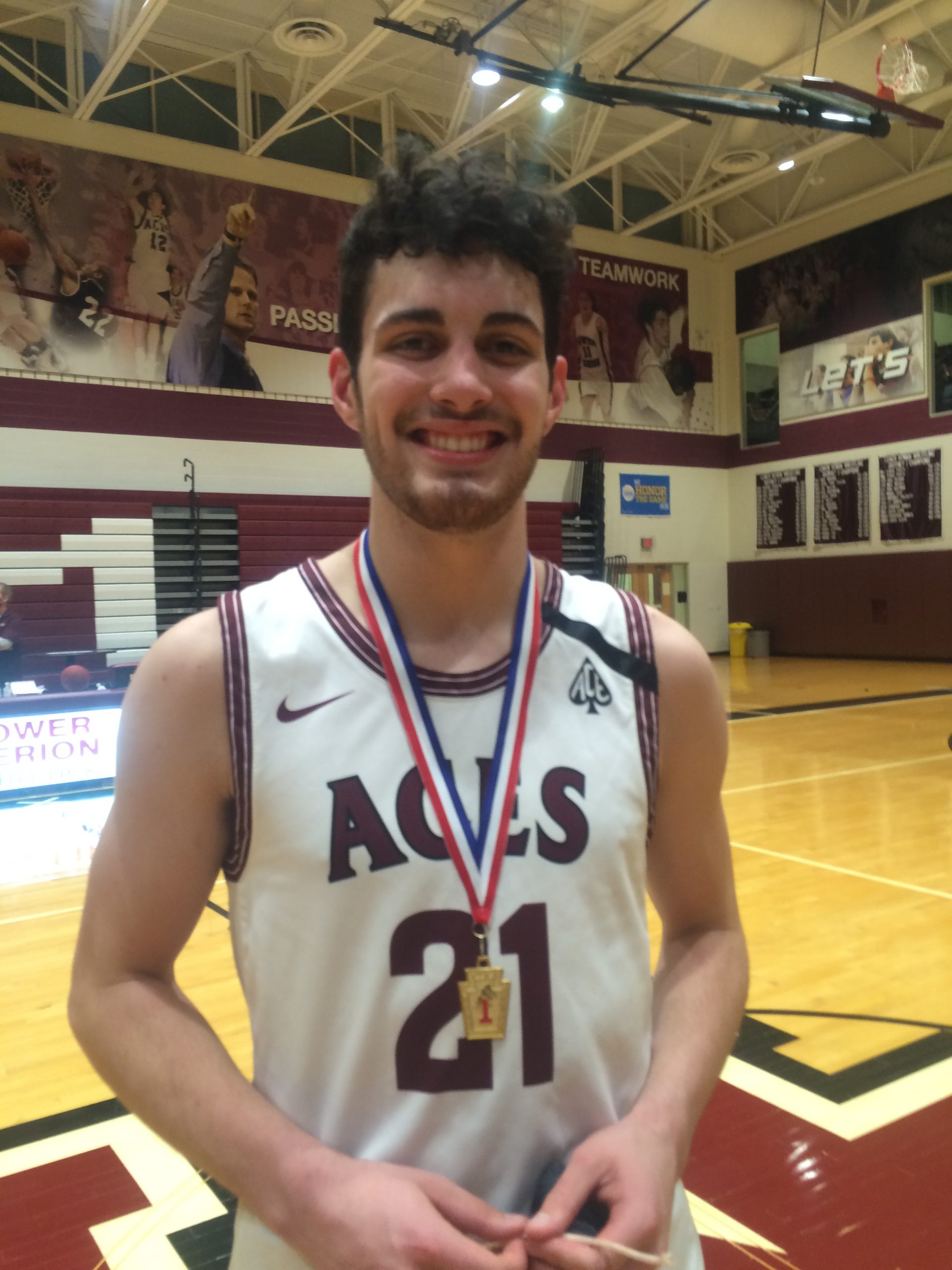 A 6-foot-3 senior forward, Wong has played a key role in the Aces capturing their first PIAA District 1 boys’ basketball title since the days of Kobe Bryant. Wong battled back from hip surgery and a concussion his junior year to become a valuable starter for the Aces this winter. Lower Merion boys’ basketball head coach Gregg Downer said, “Zack does a little of everything – he can guard multiple positions, he’s extremely athletic and he can make the 3.”

A: The hardest part about coming back from that hip surgery was having the self-discipline to know what was best for my body and focus on my long term health and goals. It’s very easy to get lazy and move around more than I should, or disregard things that doctors told me would speed up my recovery, but I was back to playing at almost full strength after about 3 months of recovery.

A: I think the strongest aspect of my game is my versatility. Coach Downer has often referred to me a “Swiss Army Knife” when describing my game because I can do a little bit of everything on both sides of the ball but I think my most important contributions are ones that don’t show up on a stat sheet, like getting people where they need to be on defense or trying to keep everyone in good spirits even in tight games, and I pride myself on that as a senior. As for what I’m working on, I am working on becoming a more well-rounded offensive threat for our team in order to be a release for some of our higher volume scorers.

Q: Can you share with us your most vivid memory from the District 1 6A championship final?

A: My most vivid memory from the was coming back to the bench with about two minutes left in regulation and embracing everyone on the floor as I checked out, because that’s when reality was starting to kick in and I realized that we actually had won the game. I think everyone else was feeling that too, and it was amazing knowing that all we had worked for up to that point had paid off.

Q: On Senior Night, you went 5-for-6 from the three-point circle, in a contest that could have been the final home game of your Lower Merion basketball career, and one in which multiple family members (4 instead of 2) were allowed for each player. What is your most vivid memory of that night – can you share it with us?

A: That night I just remember treating every moment like it was my last time I was going to be in that gym on a game day, because at the time it looked like it was going to be. With each shot, I remember looking at the bench and seeing their reaction each time I hit one, because it wasn’t a sight we were used to seeing and seeing the guys react with a little more energy each time was special because they could tell I was in a zone and it was great to feel that.

A: I moved down to the Philly area in elementary school from Massachusetts but before that I had never touched a basketball and I grew up playing baseball as a main sport and basketball as a secondary up until my freshman year of high school. I actually got cut from my middle school basketball team back-to-back years. I snuck onto the freshman basketball team roster and got occasional minutes off the bench but I always wanted to play at a higher level so I dropped baseball and began to focus on basketball full time. From there, I was able to make my way onto the varsity basketball team as a junior after a standout year on JV and the rest is history. Along the way I got to interact with a bunch of coaches on the staff here and they all taught me a similar lesson of wait your turn and put in the hard work and your time will come, and that proved to be true.

A: My favorite player to watch right now has to be Ja Morant because of the way he manages to combine finesse along with explosiveness and athleticism. The way he was able to come into the league with a lot of doubters wondering about how his play style would translate to the professional level was very impressive.

Q: You wear uniform jersey No. 21 for Lower Merion – why did you pick that number?

A: I had always been No. 11 but I wanted to mix it up so I figured I would make it a 2 instead of a 1 in the front and then it doubles as my graduation year, so it all worked out.

A: I like to eat a big breakfast so I don’t have to eat close to game time and then the rest of the day I eat a lot of fruits and granola bars and other things that won’t cause me to feel like I’m being weighed down in the game. When I get to the school I go to my trainer and treat any soreness I have, then I throw some headphones in and start to get locked in for the game.

Q: Do you participate in any other extracurricular activities at Lower Merion other than basketball?

A: No extracurriculars at school but I am actively involved as a Deacon at my church.

Q: What do you think you’d like to major in at college? Is there a career field that particularly interests you at the present time?

A: I am undecided on a destination but I will likely major in Sports Management or Sports Business.