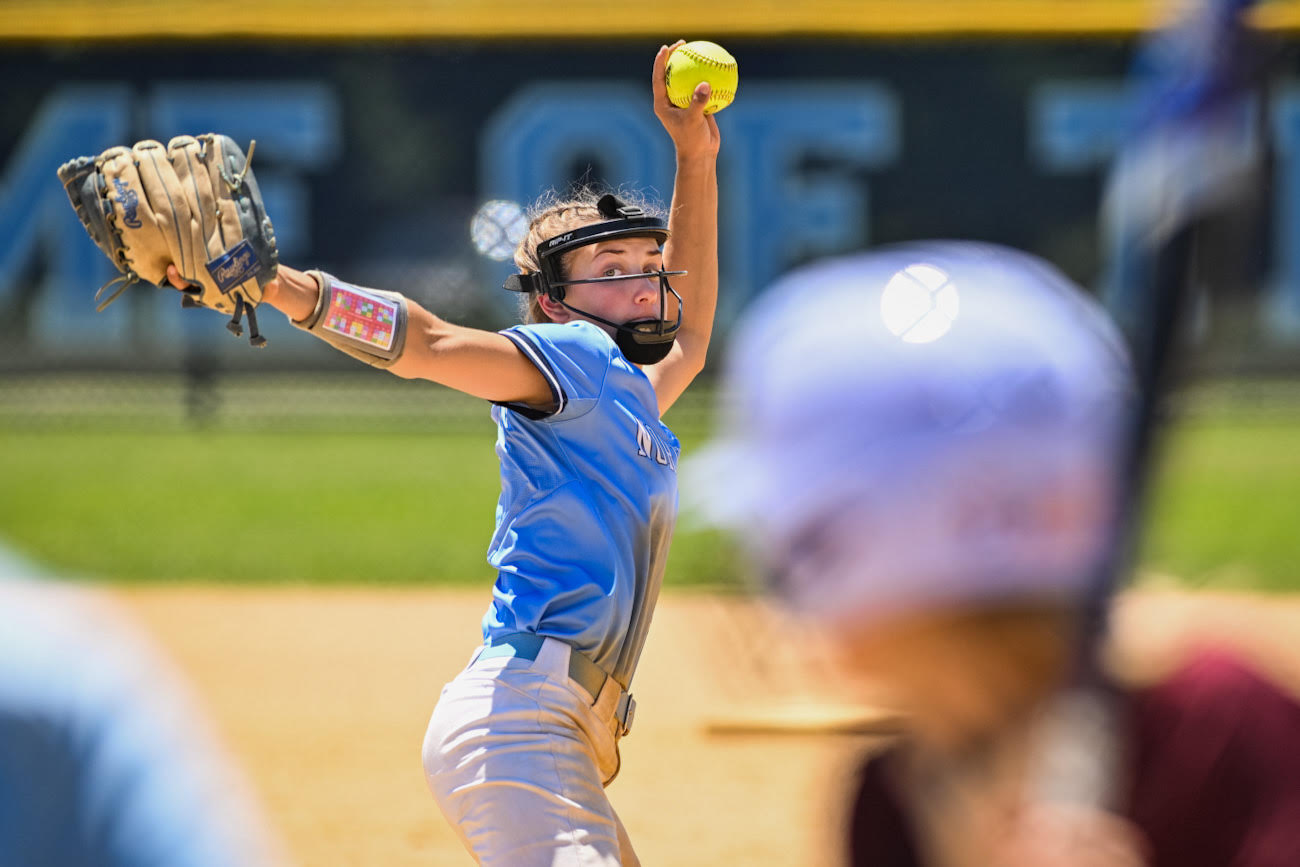 On the softball field, Julia Shearer lives in the moment.

“It was her competitive edge that she has in the circle,” said North Penn coach Rick Torresani, of what makes Shearer so special. “I really believe that she never wants to give a batter a walk or a team an easy run. That was why her walk-to-strikeout ratio and ERA were outstanding. If you are going to beat her, you are going to have to hit her and not too many teams did that this year.”

Shearer, this year’s Reporter/Times Herald/Montgomery Media’s Softball Player of the Year, in many ways, played beyond her years.

“The most important attribute she has is that she is very smart. Julia knows the game and works hard to know the hitters,” said Torresani. “This was her first year of pitching a full season at any level and if I know Julia, this offseason, when she works on her screw and rise ball, look out. She adds those two pitches with her curve, back-door curve and changeup, it should be a very interesting year for her.”

Shearer was a dominant force all spring for the Knights, both on the mound and at the plate.

She went 25-2 as a starter, leading North Penn all the way to the PIAA-6A Semifinals. She racked up a staggering 299 strikeouts, powering a 13-game win streak on the team’s way to the state’s final four.

“Getting more and more comfortable as each game goes on, it just gives me more confidence to go into the next thing, the next game,” the rising senior said. “I just want to do my thing.”

Shearer got it done with her arm and with the bat.

Amazingly, she has already surpassed the 100-hit plateau, in just two seasons.

“It’s exciting,” she said of the milestone, “still being young and having another year.”

Torresani, who guided NP to a state title in 2021 and has seen many outstanding pitchers come through NP, is continually impressed by Shearer’s outstanding, all-around performance, which included a burst around the bases that allowed her to go 19-for-19 in steal attempts.

“I have never seen a player in my 30 years of coaching that can do all of that at the highest level,” he said.

North Penn’s Julia Shearer (17) is greeted by teammates as she touches home plate after her two-run home run in the bottom of the third inning against Central Bucks West on Friday, April 1, 2022. (Mike Cabrey/MediaNews Group)

Shearer earned several accolades as a center fielder during her sophomore year and then made the transition to the mound. She also took on the role of captain.

“She took up more of a leadership role but she also had to take on the pressure of pitching,” Torresani said. “Not many players have the courage and will to take on both pitching and being a team’s catalyst in the batting order. She did both at the highest level I have seen in a softball player.

“As a competitor, Julia, from Day One on the NP Softball team, wanted to win. She works very hard in the offseason at Relentless Athletics and with her pitching coach. She pushes herself to not just be good but to be great. She loves to win but I really believe she hates to lose more. Which is a coach’s dream.”

Playing in the Suburban One League seems to be the perfect place for the senior-to-be.

“We’re in a tough division so staying at the top brings a lot of pressure,” she said, “but we’re just gonna keep playing our game and try to keep it going.”

As great as her junior year was, her senior season could be even more special.

“After our last game, (I heard her say) that the team is going to work so hard starting in our fall workouts, through our winter workouts and when spring comes and our games start, that (the loss in the state semis) will never happen again,” Torresani said. “That is a true leader and that is what Julia has become And as a head coach, you could not ask for anymore.”