Hatboro-Horsham stays hot at the plate, slugs its way past rival Abington 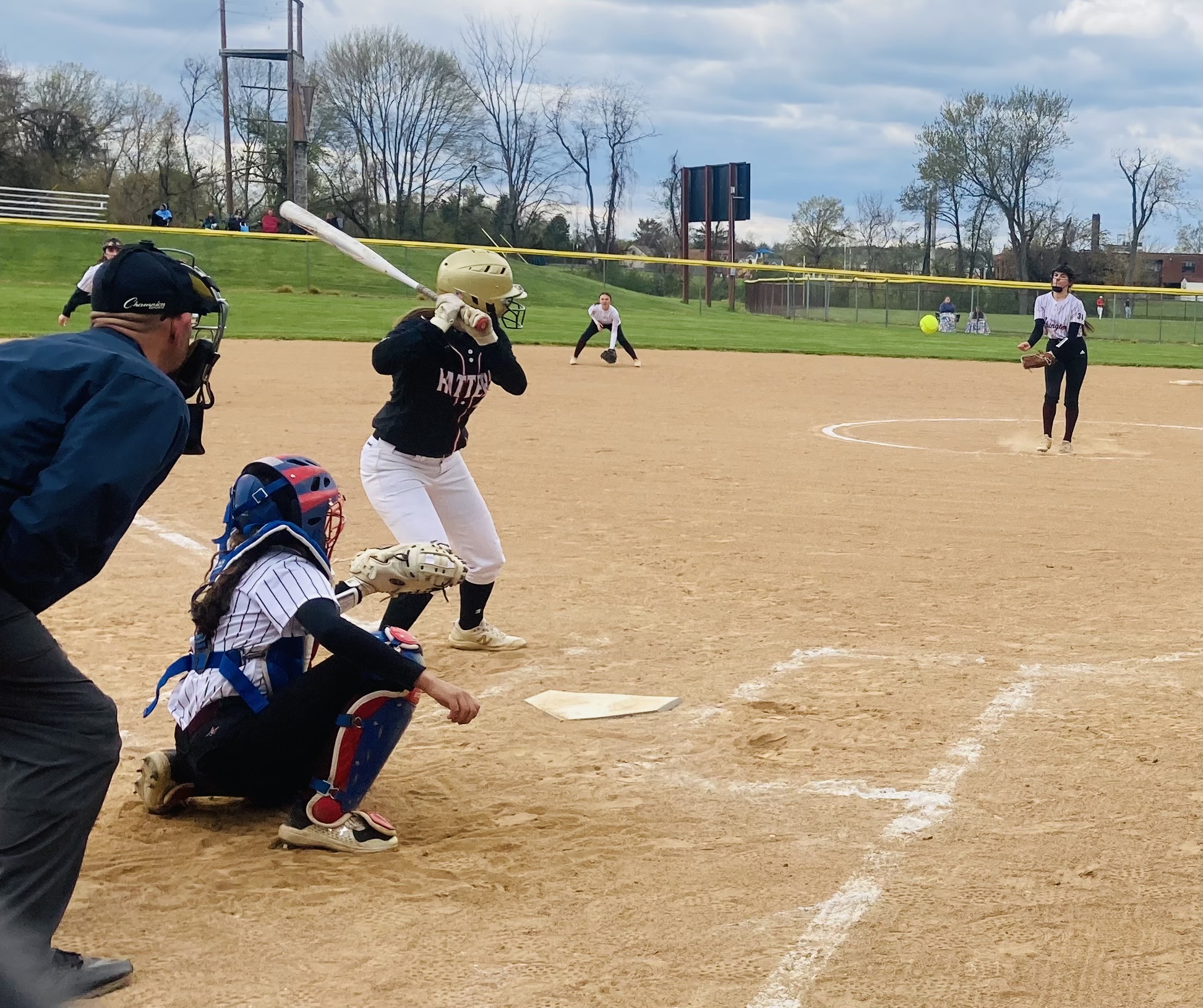 HORSHAM >> The more they play, they more they hit.

“This is already our third game in a row and we don’t show any signs of being tired,” said Hatboro-Horsham shortstop Marissa Rapino.

The Hatters won their seventh straight on Wednesday, pulling away to a 14-1 victory (five innings) over Abington in a Suburban One League Liberty Division contest.

“The whole team’s playing really amazing right now,” Rapino said. “Everyone on the team is so talented, with all of the different things they bring to the table. So it’s really cool to watch it from top to bottom. Everyone’s just really good.” Rapino smashed two triples and the Hatters combined for 17 hits, seven for extra bases. Hatboro has racked up 65 runs in its last four wins.

For Rapino, it’s been a sweet return to the diamond after missing four weeks due to an injury.

“It’s been really nice, being back with my team rather than just watching,” she said. “It’s my senior season and I’m really trying to enjoy it with all of them.”

Megan Mills’ RBI double got the scoring started for the Hatters (8-3, 7-1 Liberty) in the second. Kiersten Rimer doubled in two and Amya Lundy knocked in a pair to boost the margin to 5-0.

The Hatters went right back to work in the third. Hatboro-Horsham huddles after its win over Abington on Wednesday, April 27, 2022. (Kev Hunter/MediaNews Group)

Leitner tripled in a run in the fourth for Hatboro.

It was a cold, blustery day on the diamond Wednesday, but perfect hitting weather for the Hatters.

“We’ve come out this week hitting really well, which is good to see,” coach Kelly Krier said. “We were patiently waiting for that to happen. Our seniors leaders – Marissa, Kendal (Leitner), Megan Mills – have come up big.” Leitner was lights out on the mound, racking up 14 strikeouts in the victory.

Leanna Schenk singled for the Ghosts in the fifth, with Ashley Reilly (walk) coming in to score on an error on the play.

“Kendal got things done,” Krier said. “It was good because this weather was tough. So I was happy for her to have that kind of performance today.” Abington huddles after its game with Hatboro-Horsham on Wednesday, April 27, 2022. (Kev Hunter/MediaNews Group

“We seem to be a contagious team — once one person does it, it kinda lights everyone else up,” Krier said of the Hatters’ ongoing success at the plate. “It started last week, and we just continued to stay hot.”