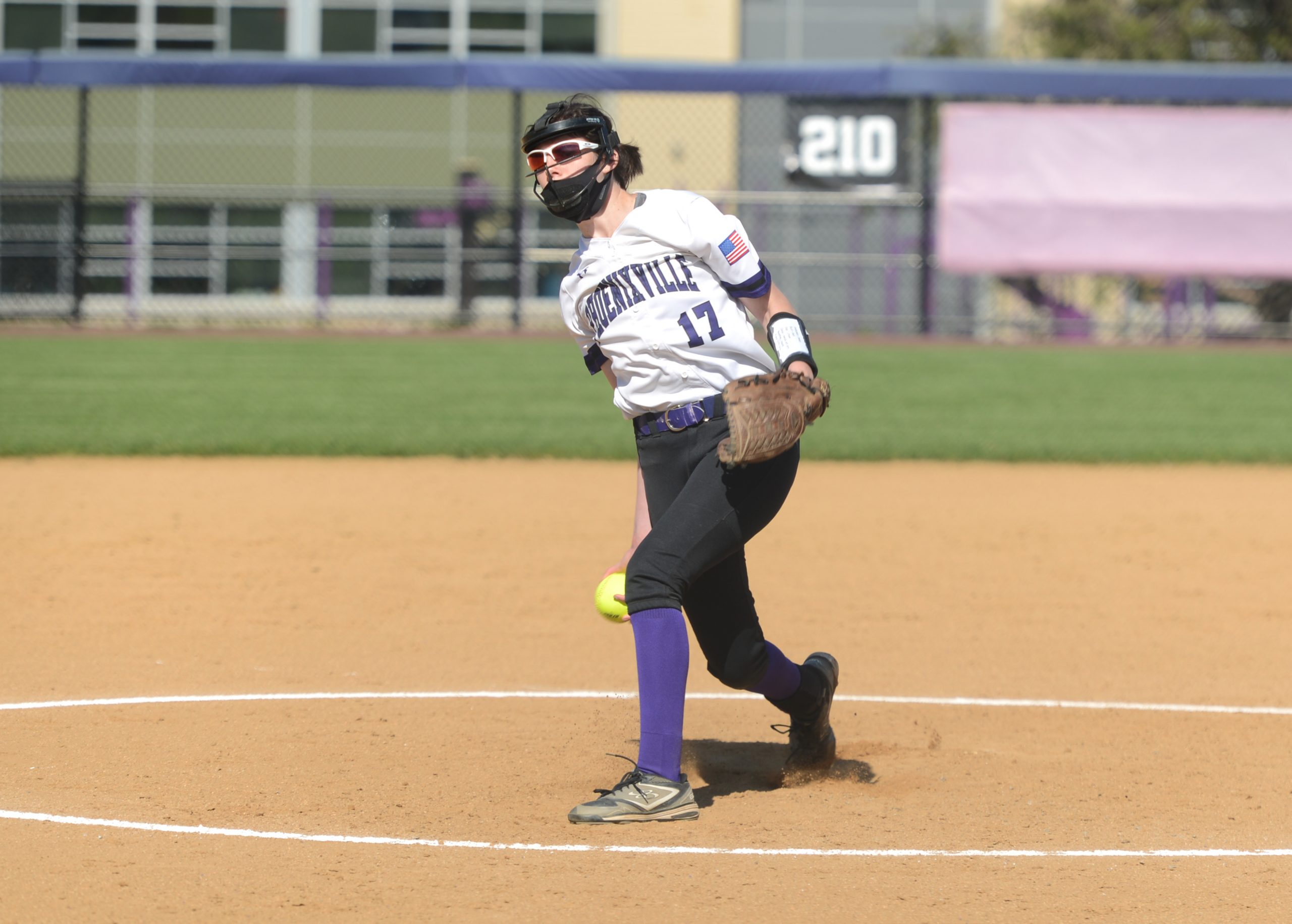 Phoenixville 11, Pottsgrove 1 >> Riley Daher (triple, double) and Aubrie Breisblatt had two hits each in the Phantoms’ five-inning defeat of the Falcons.

Arayana Ashlie allowed a run on five hits over five innings for the win. She struck out four.

Courtney Gable was 2-for-4 and Alaina Woods had two RBI for the Phantoms.

Elizabeth McAllister was 2-for-3 for Pottsgrove.

Boyertown 7, Owen J. Roberts 5 >> Morgan Sauers was 2-for-3 and had a bases-loaded three-run single in a four-run fourth inning that helped the Bears beat the Wildcats.

OJR’s Allie Daubert and Jordan Sylvia both homered in the top of the seventh but Hurter ended the threat.

Logan Black and Mackenzie Shaner had two hits each for the Bears.

Maddy Harvey led the OJR offense by going 3-for-3 with a double.

Spring-Ford 10, Perkiomen Valley 0 >> Jules Scogna threw a one-hitter with six strikeouts over five innings and the Rams’ bats were extra-base machines in a PAC Liberty win.

Eight of Spring-Ford’s 11 hits were for extra bases, including a home run by Brianna Peck (2-for-2, 4 RBI). Noelle Reid (double) also had two hits.

Upper Perkiomen 7, Pope John Paul II 2 >> Taylor Croak gave the Tribe the lead on an RBI single in the third inning and handled the rest in the circle in a PAC Frontier win Monday.

Croak allowed two runs on six hits and struck out eight in a complete-game victory.

Kylene Gooch had a double and two hits and Sierra Fretz drove in a pair for division leader UP.

Grace Vigliotta had a triple and was 2-for-3 for PJP.

Methacton 12, Norristown 1 >> Freshman pitcher Brianna Keenan picked up her 2nd win for the Warriors. Senior third baseman Caraline Newman was 2-for-4 with two doubles and an RBI. Sophomore centerfielder Riley Kairer was 3-for-4 including a two-run walk-off home run to end the game in the 6th.

Daniel Boone 8, Conrad Weiser 2 >> Kristen DiNolfi was 2-for-3 with a triple and RBI, Dani Hayes homered and Amber Williams and Hailey Kaba had two hits apiece in the Blazers’ Berks II win.