Tomlinson, Pennridge keep working to get past Smedley, CR South 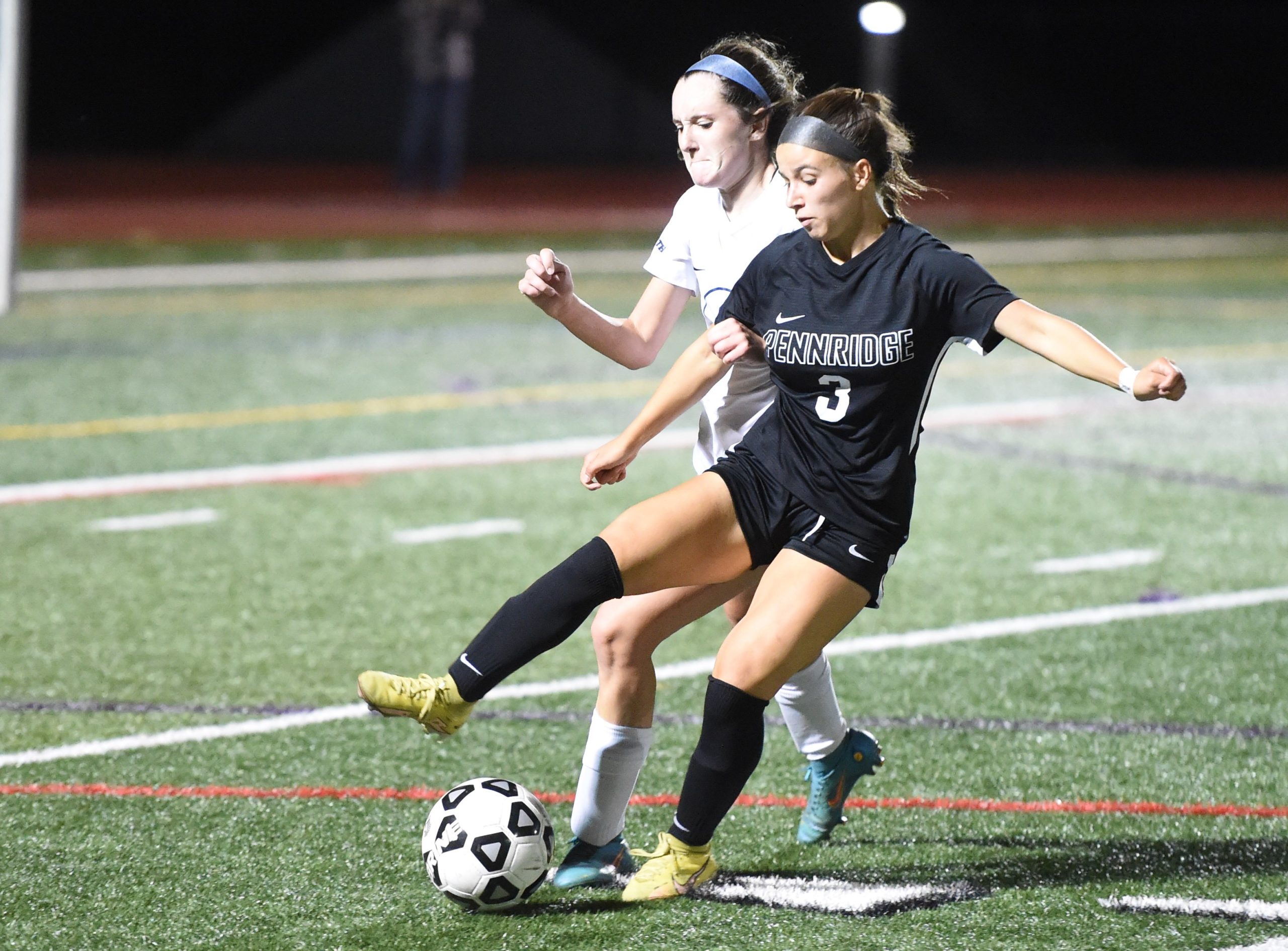 She’s certainly not the tallest or biggest and maybe not the fastest — but she’ll be close — but what Tomlinson may lack in stature she more than makes up for in energy and work rate. She’s also Pennridge’s only senior this year, even if she may look like an underclassman to those not in the know, and has started to find her scoring touch.

Tomlinson had a brace as she and the Rams powered past an unreal performance from Karissa Smedley to best Council Rock South 5-0 on Wednesday.

“It was frustrating not scoring a lot of goals, so I was just ready to start scoring again,” Tomlinson, who had four goals in the last two games, said. “It came down to pushing myself to work harder.” Considering that at her base level, Tomlinson already out-works some player’s very peak, that’s saying something. The senior, who has committed to play at Robert Morris next season, was quick to help set the pace on Wednesday as she, forward Tori Angelo and midfielder Liv Grenda all had early shots on goal.

It just took a little while for all that offensive pressure to actually net anything because Smedley was so good in goal. The Golden Hawks’ (7-2-2, 7-2-1 SOL Patriot) senior, a standout basketball player, was simply tremendous with at least 17 saves in a performance that earned her plaudits from Pennridge’s (10-1-0, 9-1-0 SOL Colonial) coaches and players, the officials and of course her own coaches.

While it’s almost impossible to score in every game, the best forwards are those who take a miss or denial and use it to power their next run. Finally, with a bit less than 15 minutes left in the first half, Caitlyn Peace slipped a perfect ball in to Tomlinson who finished with a difficult falling-down shot that tucked inside the post to open the scoring.

“Her composure the past couple games has been incredible,” Rams coach Audrey Anderson said. “Her first goal, that wasn’t an easy goal to score. Being one-on-one with a keeper is a very stressful moment and to be able to place it past that keeper showed her composure and maturity she’s developed the past couple of years.

“For her to finish that one, it was a big deal.”

Council Rock South coach Nick Heim is someone who will never overlook Joey Tomlinson. Heim, a social studies teacher at Council Rock North, has known Tomlinson for a while through working with her mom Althea so he made sure his players were plenty aware that No. 3 would always be around the ball.

“She’s tough as nails, she’s quick with and without the ball and you see the sharpness of the runs she makes,” Heim said. “All these girls have a high soccer IQ and Joey is another example of that. Early on as we were going through the scouting report, I told our girls we need to follow her through everything because she’s one that if Smedley drops a ball, she’s going to be there because she will follow every play aggressive and hard.”

Riley Williams made it 2-0 with 8:48 in the first half, the sophomore making a run through the CR South backline and smashing a good hit to the far post from the edge of the penalty box.

It wasn’t a matter of Pennridge struggling to score, with the Rams generating a total of 24 shots on goal, it was just that Smedley was that good between the posts. The senior, who only came back to soccer last year after two years as a field hockey goalie, said she prides herself on her defense in basketball and thinks that, paired with her athleticism and quick reaction, have allowed her to make the routine saves and the spectacular as she showed on Wednesday.

“It’s a lot of nerves the entire game and a lot of anxiety but I try to keep it calm and be as vocal as I can and keep everyone’s heads up even though when the goal is scored on me, it kind of gets my head down,” Smedley said. “It’s hard, but I think we did a good job for the most part of keeping together and not turning on each other.”

Anderson was effusive in her praise of the Hawks’ keeper as well, saying she was impressed when Smedley took a hard shot from Angelo, making the save and shrugging it right off.

Since falling to Neshaminy 2-1 on Sept. 20, Pennridge has won three straight with a 10-1 margin of victory. Tomlinson didn’t hold back saying the loss was a motivator to keep working, adding each match is a step closer to the postseason and she wants her team as ready as possible going in. What jumped out to Anderson on Wednesday was the way her forwards continually dropped back into the midfield and even to the back line to help. Angelo, who had a fantastic game attacking defenders and tracking back, Tomlinson and Hailey Primwhere all dropped at least 40 yards on occasion to try and help win the ball back.

“We all work hard together and we’ve been trying to score as many goals as possible preparing for postseason,” Tomlinson said. “We’re trying to work through our midfield, use our outside backs and keep making runs even when it gets frustrating.”

Grenda opened the second half scoring with the kind of head-down, stay after it mentality that Tomlinson always brings. CR South stood tall, blocking a few balls hit toward the goal, including one from Grenda but the junior stayed after it and kicked in her own rebound six minutes into the half.

Soon after, Tomlinson would get her second but again, only after Smedley made it extremely difficult. First, Smedley parried a shot by Primwhere off the crossbar, then denied a follow-up from Angelo but she wasn’t able to stop Tomlinson, who true to form had followed the play, from slipping one by for a 4-0 lead.

GIRLS SOCCER 30:33 2nd half: Pennridge 3, Council Rock South 0
Liv Grenda knocks in her own rebound
CR South blocked about three or four looks prior to this pic.twitter.com/35iEJGkq7S

Anna Croyle rounded out the scoring, hitting a header off a Lindsey Balmer corner with 4:16 to play.

A reserve player in 2020 when Pennridge won the state title, Tomlinson has eyes on another long playoff run this fall. She may be the only senior, but she has no doubt all her teammates have their eyes on the same prize and she’ll work as hard as she can to get them there.

“Sometimes, it’s tough not having that other senior classmate next to you but all the younger girls really pick me up,” Tomlinson said. “I’ve been with them for a while now, so we’re comfortable together.

“I’m one of the smaller players on the field, I get pushed a lot but I’m always going to work hard, that’s one of my biggest things.”