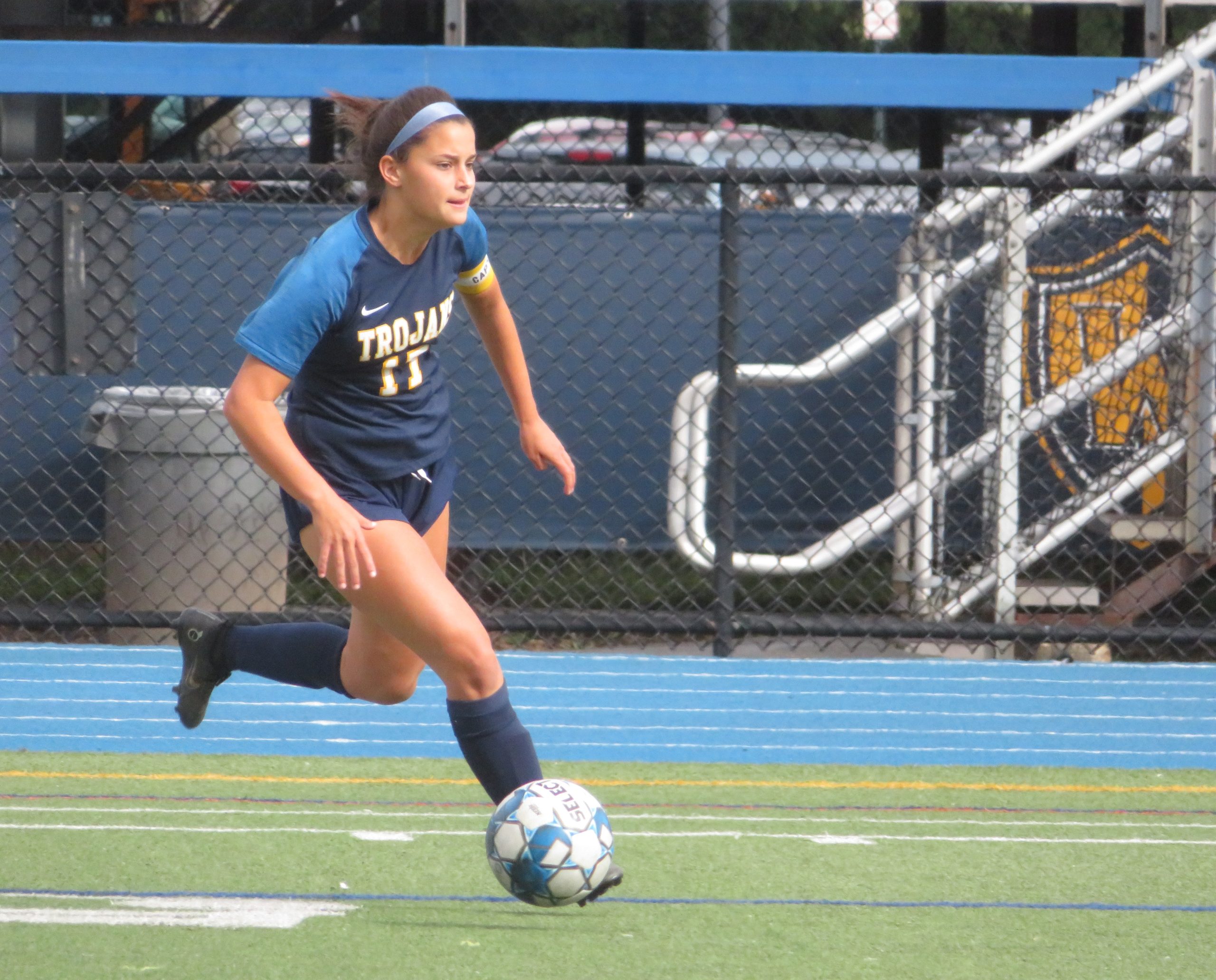 LOWER GWYNEDD >> Wissahickon applied consistent pressure in the offensive end during the first half of its Suburban One League crossover game against Lower Moreland Wednesday afternoon, but only had a one-goal lead to show for it at the break.

The Trojans had more success finishing in the second half, putting away two more goals to give themselves breathing room in a 3-1 win at Wissahickon High School.

After having six shots, including a penalty kick, stopped in the first half, Wissahickon hit a post and had two close shots denied by Lower Moreland keeper Sandra Malave during a frantic sequence early in the second half. In the 54th minute, however, the Trojans (9-2) doubled their lead to 2-0. Friedman sent a calculated pass into the box to Margo Kasenchar, who re-directed the ball to Sophia Stehlik. Stehlik got behind the goalie and tapped the ball into the net for two-goal advantage with 26:36 left in the game.

Ten minutes later, Friedman scored to make it 3-0. Lannah Werynski fed Friedman into the box to get her one-on-one with the keeper and Friedman put it away to extend the lead.

Lower Moreland (5-5) forward Morgan Pennisi got her side on the scoreboard with a goal in the 68th minute. Two minutes later, she hit the crossbar on a chance to make it 3-2. “Our girls can hang with anyone,” Lower Moreland coach Todd Hill said. “There were parts of that game we were not only hanging with them, we were attacking, but a team like Wissahickon you have to be able to do that the whole game and there were moments that they overwhelmed us and we weren’t able to keep our marks through the box there.”

Malave stopped 11 of the 14 shots she faced. Her biggest save came on a penalty kick in the first half when it was 1-0.

“She’s been amazing,” Hill said. “She’s kept us in every game. There hasn’t been a game that we were out of and that’s a large part because of her and my center back Amelia Brown, she is just so steady back there. The two of them together just keep us in every single game.”

Kendall Dries got the Trojans on the board with a highlight goal. Friedman found her up the right side in the offensive end. Dries put on the breaks and sent a left-footed shot towards the goal that curled perfectly into the top left corner of the net in the fourth minute.

“When I got the ball and (the defender) ran past me it was clear,” Dries said. “I saw someone at the top of the box, but since I’m left-footed and I was on the right side I could curve it in a little bit.”

“I thought she was going to cross it so I was running to get in the box,” Friedman added. “Then she pulled it back and curved it in, top left. Pretty nice.”