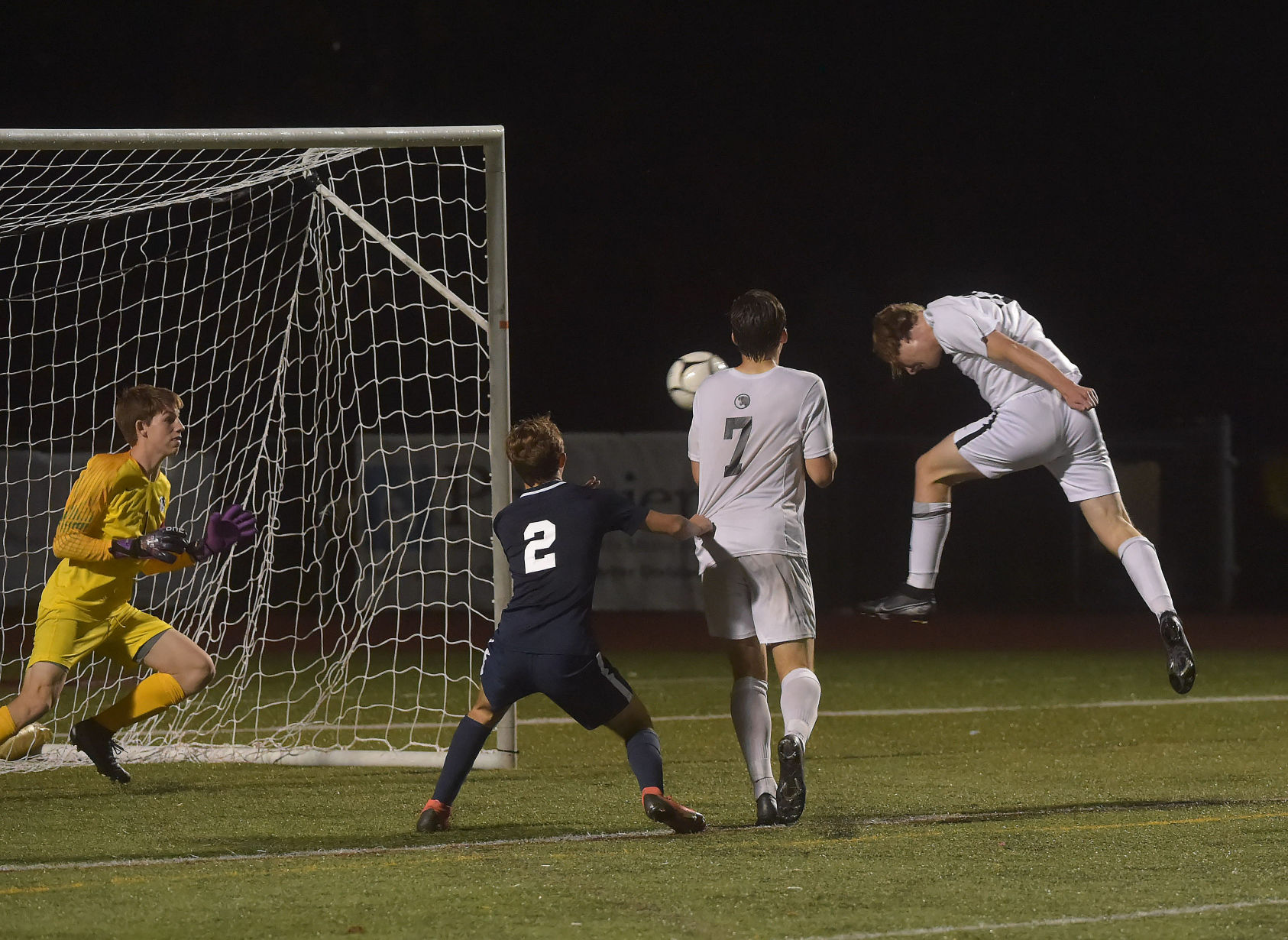 A year ago, a 13-win Strath Haven team entered the PIAA Class 3A boys soccer championship off an overtime win against Holy Ghost Prep in a hotly contested District 1 final. That journey would end in the PIAA final at HersheyPark Stadium.

Tuesday, a much different squad finds itself in the same position, hoping that the end result will yield one additional victory.

Haven will start its quest to return to the PIAA final when it takes on Susquehannock in the first round of states Tuesday evening at 6 p.m. at Harriton.

The Panthers (13-6-2) used an overtime penalty kick by Emmet Young to beat Holy Ghost, 2-1, last Wednesday. The team is completely different than last year’s group, which fell to West Allegheny 4-0 in the PIAA final. But a steady defense and a stable of versatile, skilled midfielders means they’re a formidable group.

“So far this year, we’re definitely a different team,” defender J.T. Holstein said last week. “We don’t have a lot of our starters (from last year), but we never give up. We’ve gotten new players in to take their spots and guess what, we got our championship back.”

Last year’s states journey began with an overtime win over Mechanicsburg. This year’s third seed from District 3 is Susquehannock (21-2-2), which entered as the top seed in its district field. Despite scoring nine goals in four tournament games, the Warriors were upset by fifth-seed Central York in the district semifinals. Susquehannock rallied to oust Hershey, 2-0, for the district’s final states berth.

Strath Haven is back in the state tournament for the first time since 2012, then as an unbeaten district champion. But they would fall then to Cumberland Valley in the first round.

Things have changed in the intervening years, not least of which is the Panthers’ drop from the largest classification in the state. It at least means a shorter drive, with the District 1 runner-up Panthers (14-4-2) traveling to Ramp Playground in Philadelphia to take on District 12 champ Archbishop Ryan.

The Panthers come into it on a losing note, handled in the District 1 final by Villa Joseph Marie, 5-0. That decision, though, interrupted a 10-match unbeaten streak.

Ryan claimed both the regular-season and Catholic League tournament crowns. The Ragdolls allowed just seven goals in 10 regular-season league wins, then breezed through the tournament without conceding a goal in three games, including a 1-0 victory over Archbishop Wood at Ramp Playground in the final. Ryan trounced Benjamin Rush High, 7-0, for the district title.

The Lions are making their first appearance in the PIAA tournament despite finishing the season in ninth place in the Catholic League. They squeaked by Franklin Towne Charter, 1-0, in the District 12 final.

The task is a tall one: Last year’s District 1 champ Conestoga, which carries an 18-3 mark. The Pioneers fell in the District 1 semifinal to Boyertown. Led by Central League co-MVP Caitlin Donovan, the Pioneers were the league champion this fall.