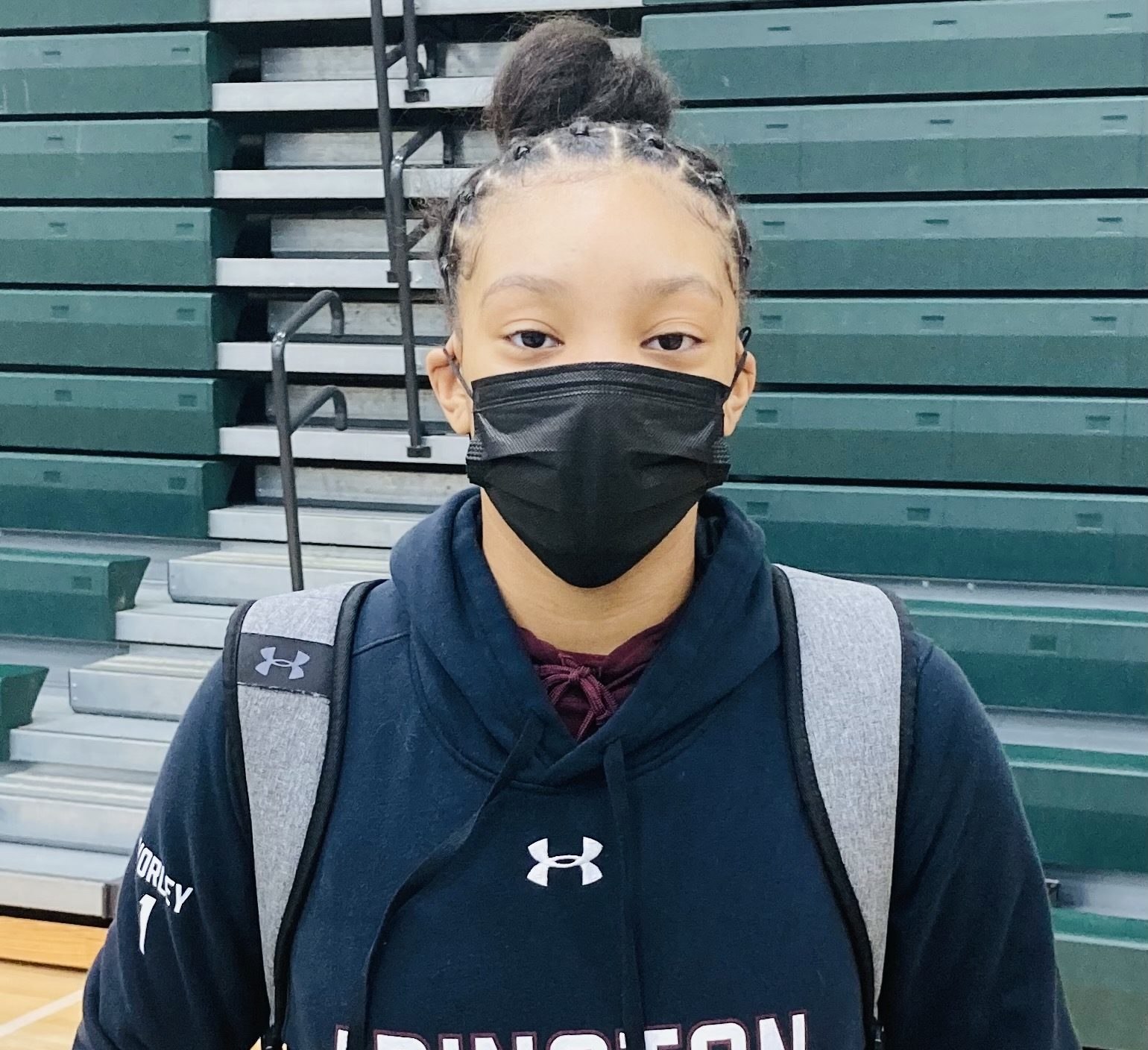 WORCESTER >> Abington’s Cire Worley got hot from the outside early and never cooled off.

The sophomore hit four 3-pointers in the second quarter alone.

“I was feeling it from the corner,” she said with a smile afterwards.

Worley poured in 29 points Tuesday night, leading the Ghosts to a 75-66 non-league victory over Methacton in a battle of District 1-6A powers.

“It’s a big win because we need this to put us in a higher seed for the playoffs,” said Worley, whose team came in ranked ninth in 6A (top 8 get home games). “My shot hadn’t been hitting early on in the season and I had been having some trouble. But this is probably one of my biggest games of the year.”

Abington raised its record to 12-4 on the season and now awaits the district seeding meeting. Methacton, 14-4 and ranked sixth in 6A coming in, caps its regular season Wednesday night at Upper Dublin.

Said Warriors coach Craig Kaminski of Tuesday’s contest: “We ran into a great team that shot the lights out.”

Against Methacton’s tough zone defense, Abington was in the zone, as a total of four players combined for a dozen threes.

“Our objective tonight was to hit the gas,” Ghosts coach Dan Marsh said of Abington’s fast-paced attack. “But when Cire started hitting threes, we figured we might as well keep going with that.”

Nicole Timko, whose 32 points were a game high, quickly displayed her ability to get to the hoop for Methacton, while Worley did the same at the other end for the Ghosts.

Mairi Smith had six points inside for the Warriors in the opening quarter while Jaida Helm had six for the Ghosts.

Worley led all scorers with seven in the first and Abington led 20-13 after one.

In the second quarter, Worley’s four 3-pointers, the last of which extended the Abington lead to 34-25 with a minute to play in the half, tightened the Ghosts’ grip on things.

Timko’s buzzer-beating three at the other end brought Methacton within 37-30 at the break.

Worley poured in 19 first-half points for the Ghosts.

Methacton battled back and eventually drew even late in the third on a three by Timko.

“We kept fighting back,” Kaminski said. “But we didn’t get over the hump when we had to.”

Abington lines up before its contest with Methacton on Tuesday, March 2, 2021. (Kev Hunter, MediaNews Group)

Powered by Worley, whose drive to the hoop netted a three-point play, and Helm (10 pts), who got to the basket multiple times, the Ghosts took a 55-48 lead into the fourth.

The Ghosts began the final quarter with threes by Worley and point guard Khalis Whiting (14 pts), extending their lead to 61-50 with seven minutes to go.

Abington led by at least six the rest of the way.

The Ghosts had some success with their press and the offense was running smoothly all night.

“Now that we’ve done it once,” Worley said of the 75-point effort, “we feel like we can keep it going.”

“I’m super proud of them,” Marsh said of his squad. “That’s a big win for us, and they’re gonna get a day off (Wednesday) for it.”

The Warriors close out their regular season Wednesday night.

“This is gonna make us better,” Kaminski said. “I’m very proud of the girls. They’re playing against good competition. It’s making us better. When you get into districts, it’s a whole different game. And we’ll be prepared.”