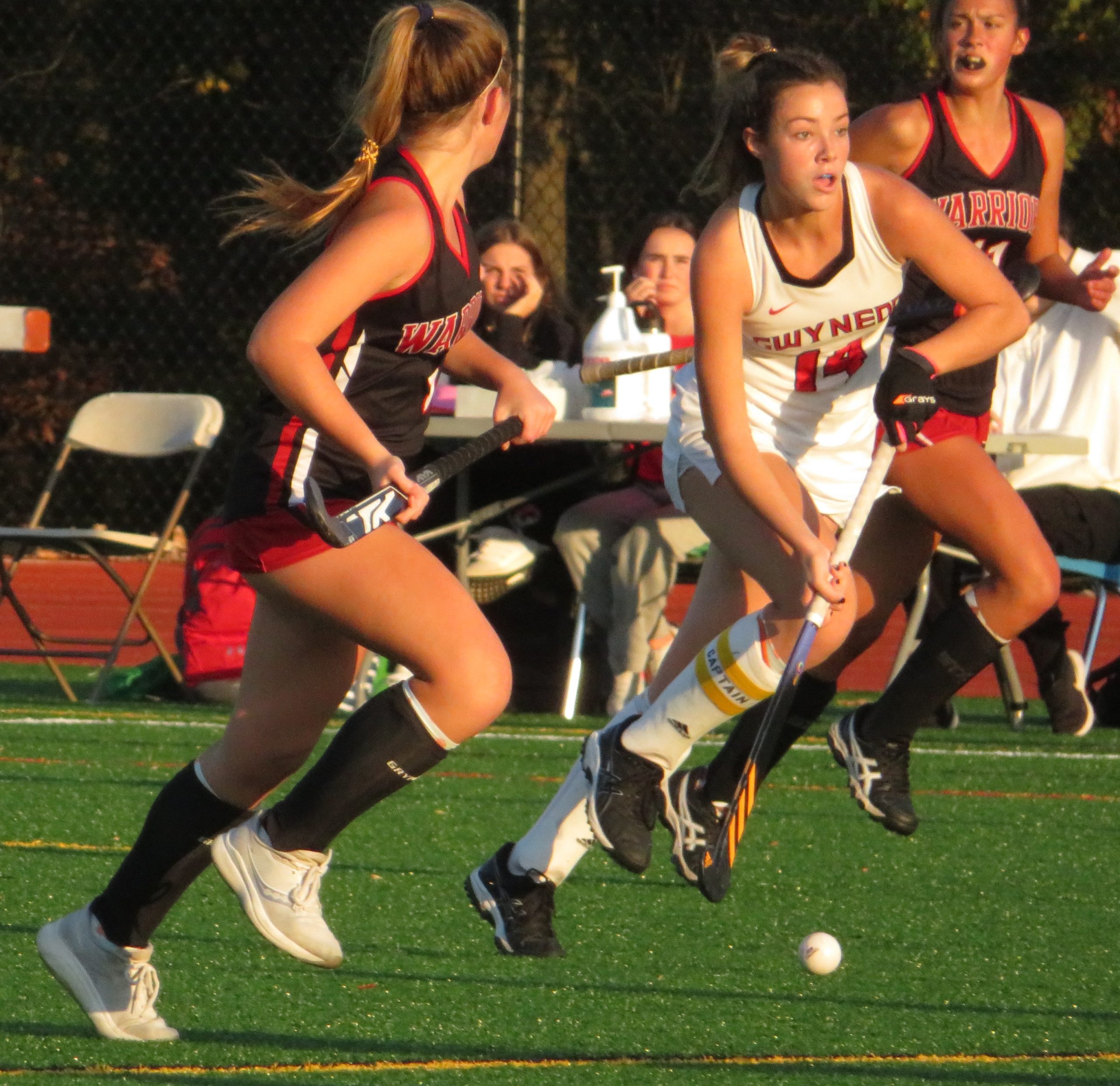 McVeigh is the program’s all-time leading scorer. The Duke commit set the single-season scoring record this fall, breaking her own record she set as a sophomore in 2019.

The Monarchs have consistently put together strong seasons since 2018, culminating in a District 1-2A championship last week.

They reached a new milestone Tuesday afternoon. GMA defeated Susquehannock (3-7), 10-1, in the first round of the PIAA-2A state playoffs at Gwynedd Mercy University. It’s the program’s first state playoff win since 2014.

“It feels great,” McVeigh said. “Our whole team is really excited. It’s really good motivation going into the next round”

“It’s exciting to be able to add another tally to that list,” GMA coach Allyson Fuller added.

McVeigh finished with four goals and two assists. She gave GMA a 1-0 lead in the first quarter and then scored three goals in the third.

Six different Monarchs scored the other six goals – Audrey Beck and Ava Huntley in the first quarter, Madeline Bogle in the second, Sydney Mandato in the third and Ella Saxon and Penny Gilmore in the fourth.

“(Having so many scorers) is super important,” Fuller said. “We really focus on whoever is open, whoever is in the circle – take the shot. If you’re open, if you’re the next girl, you should be putting it on cage. Having such a strong goal scorer like Alaina is fantastic, but we know that deep into the season people are going to pick up on that, so she’s going to get shut down more often. Making sure that everyone is available is great.”

The Monarchs and Warriors played a tight game early on. McVeigh put GMA ahead 6:45 into the game and Susquehannock’s Addison Roeder made it 1-1 less than two minutes later. The Warriors had opportunities to take control of the game with five early penalty corners, but only capitalized on one.

“Lily Sweeney has been playing awesome these past couple games,” McVeigh said of Gwynedd’s goalie who made six saves Tuesday. “She’s stopping everything on those corners. The rest of our defenders are doing a really good job. It gives us a lot of confidence knowing our defense can stop balls like that.”

Beck put GMA ahead with less than four minutes left in the first quarter and Huntley made it 3-1 in the final 20 seconds of the opening frame.

“We started making a lot better passes,” McVeigh said after a feeling-out period against an opponent they didn’t know much about, “a lot more tracking and putting balls in open space. We started finishing a lot of goals.”

Bogle’s goal was the only one in a defensive second quarter. She deflected in a McVeigh shot on a penalty corner with 7:23 remaining until halftime.

The Monarchs put the game away in the third. McVeigh scored two goals in a 71-second stretch to make it 6-1. Mandato scored later in the third before McVeigh finished a corner with no time on the clock, sending the game to the fourth with GMA ahead, 8-1.

Saxon scored early in the fourth and Gilmore made it 10-1 with 5:30 left in the game.

Gwynedd Mercy will face the winner of Selinsgrove (4-2) and Palmyra (3-3) in the quarterfinals Saturday at a site and time to be determined.