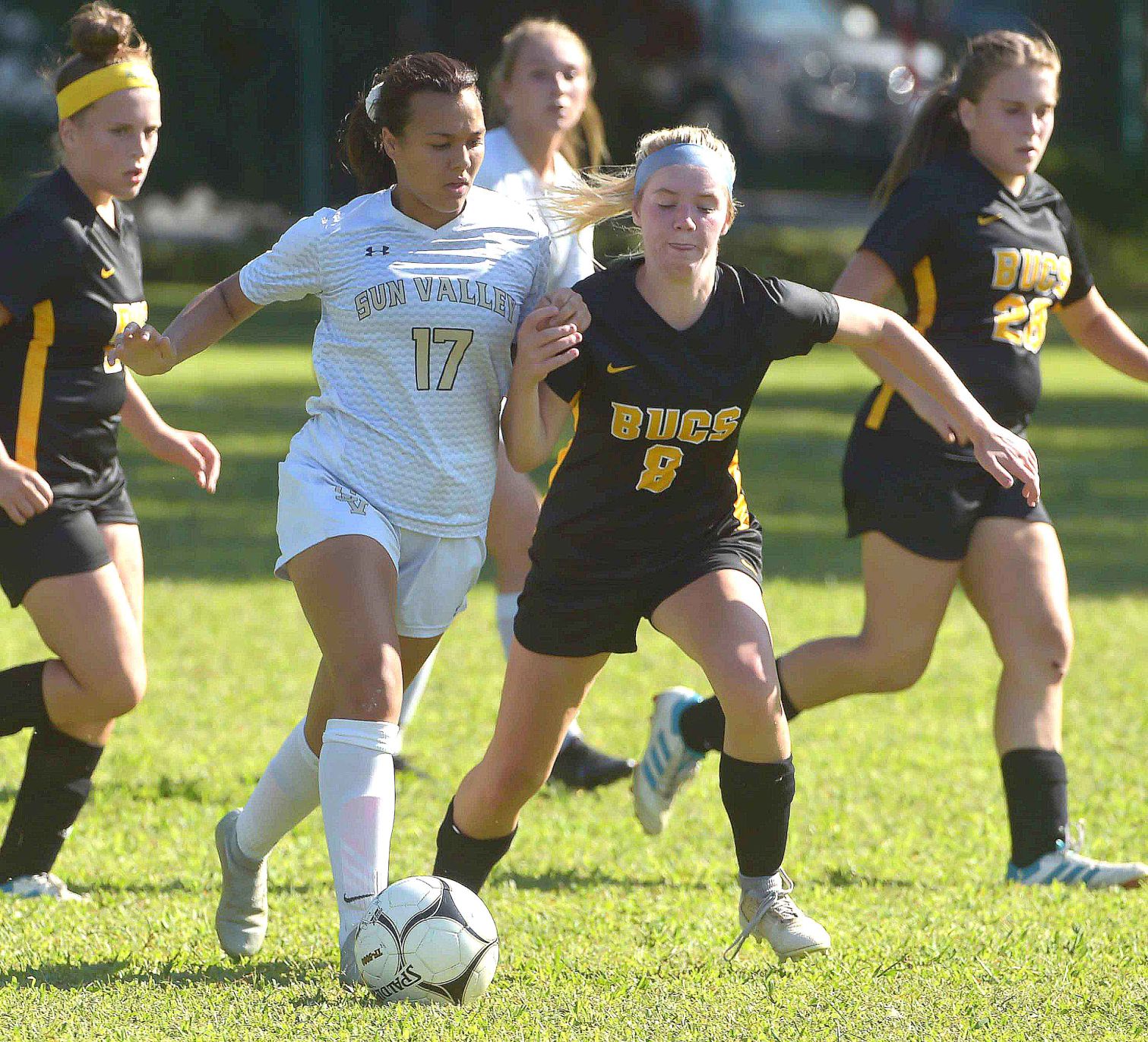 The progress that Chiara Robinson and her Sun Valley soccer teammates had built ground to an abrupt halt in mid-September.

The Ches-Mont League decided then that the fall season wouldn’t proceed in 2020, and Robinson thought her senior season would be postponed until the spring at best, imperiled altogether at worst, by the COVID-19 pandemic. With that, and with school returned to remote learning and preseason workouts halted, it wasn’t easy to break the inertia weeks later when the Ches-Mont reversed course.

Quickly, Robinson and her teammates went from no season to no preseason, and while the adjustment wasn’t easy, it was much preferable to the fates of just a few weeks before.

“I’m very, very thankful, especially with everything that’s going on with winter sports in high school,” Robinson said last week. “A lot of people are getting their seasons taken away, and I feel really bad for the seniors, specifically. I’m very appreciative that me being a senior, I got my senior night, even if it wasn’t the same as other people have gotten in previous years. But I’m extremely grateful that we got to have that this year.”

The stop-start nature of the fall was one of many challenges for Robinson, an All-Delco forward as a junior. With the disruption of formal practices and the lack of a preseason, much of the early schedule served as delayed preparation for the Vanguards, who snuck in eight games with a 3-4-1 record.

Robinson’s performance didn’t dim, scoring six goals in eight outings. She was selected to the first team All-Ches-Mont League in the American Division. Among the non-football sports, only Robinson and volleyball player Kristine Guenther were first-team selections from Sun Valley, Guenther leading the Vanguards to a 6-3 mark and the ninth seed in the District 1 Class 4A tournament. Ten Vanguards were named to the All-Ches-Mont football squad.

In a challenging league, every day of preseason preparation is valuable, especially at a school like Sun Valley that features precious few club players and a plethora of multi-sport athletes who have to get into the soccer mindset each autumn. Part of Robinson’s leadership as a senior wasn’t just on-field but in the preparation phase, trying to get teammates into a conditioning and practice routine that would approximate group sessions even if they couldn’t be together.

“It was more like, is this going to happen, is this not,” Robinson said. “We found out just before preseason that we weren’t going to play at all, so then the preseason got cancelled and everyone didn’t really run and get ready to play during the preseason. … I would say the most challenging part was fitness and being prepared for the season because it was so quickly jumped into.”

Robinson felt that push-pull herself. She also runs track, a campaign that was cancelled in the spring. She’s gotten used to a calendar of late-summer preseasons in her high school career to sharpen her game and fine-tune conditioning. But working alone with the ball isn’t the same as being able to train as a team, and the same motivation she was modeling for teammates was something she admitted to struggling with at times for herself.

Sun Valley also navigated a coaching change, with longtime head man Chris Lambert stepping down after last year, replaced by former assistant Roman Coia. That, Robinson said, was an expected wrinkle that veterans were prepared for and went relatively smoothly.

Luckily, Robinson was ahead of the game on the college front. Before her junior year – before COVID-19 was even identified – Robinson committed to the University of Mount Olive in North Carolina. The campus was a fit for her, and the chance to play Division II soccer fit her aspirations and ability well.

She now sees college coaches scrambling, trying to recruit players that have lost entire seasons on the field and juggling who is or isn’t using extra years of eligibility. Robinson counts herself fortunate to be above that fray, her future solidified.