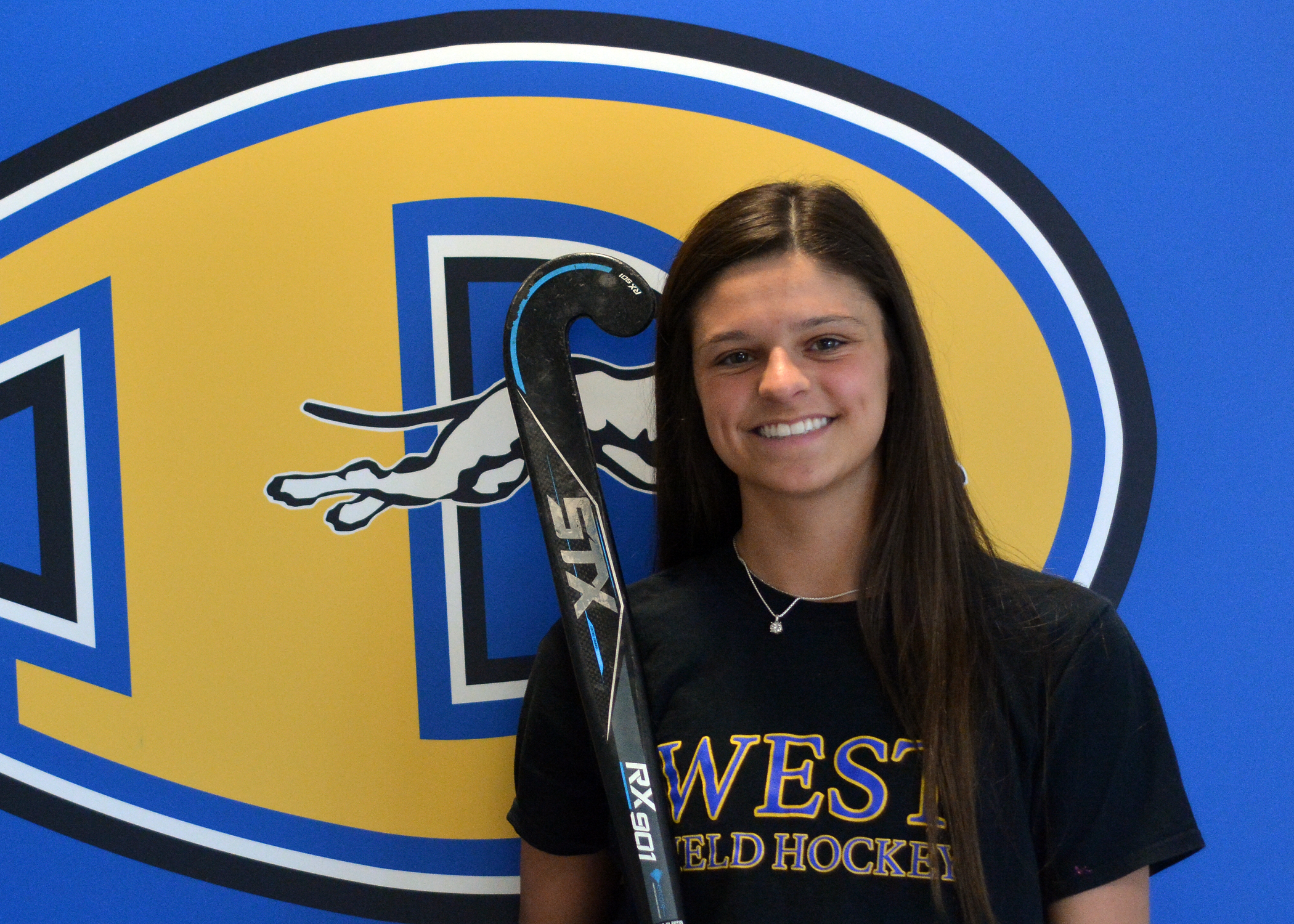 DOWNINGTOWN >> On a very good Downingtown West field hockey team, a team that won its second district title in three years this past season, you didn’t have to look far to find a talented player who can make an impact on the game.  None, perhaps, more so than the Whippets captain, midfielder Ciana Riccardo. Ciana Riccardo is the Daily Local News Field Hockey Player of the Year.

Riccardo was virtually born into the sport of field hockey.  Mom, Janet, played in high school before switching to lacrosse in college.  Dad, Jeff, has nearly three decades of field hockey coaching experience at various levels.  Older sisters Romea and Celina are currently playing collegiately at the Division I level, for North Carolina, the two-time defending national champions, and Michigan State respectively.

“I started playing around six years old,” said Riccardo.  “But my parents always wanted us to try as many sports as we could, so I played lacrosse, softball, baseball, basketball, and I’ve run track since freshman year.  As a kid, I probably liked baseball the best of all of them.  My dad coached us in everything.”

While Dad will probably enjoy hearing Ciana’s affinity for baseball, he has a different opinion of which sport she’d have been best at if not for field hockey.

“She would have been an excellent lacrosse player,” said Riccardo.  “We encourage the kids to play different sports because it makes for a better, more well-rounded athlete, which will only help you be better in whatever sport you ultimately choose to focus on.”

Clearly, the Riccardo family is a sports family, not merely a field hockey family.

“Sports are big in our family,” said Riccardo . “I loved that sports were such a big thing.  I was never sitting around.  I was always active and opened me up to trying new things, and so many aspects of different sports relate to something in another sport.”

Around about eighth grade, Riccardo realized that field hockey was the sport where she would center her attention, and gave up her other sports.

“It was a little sad to give up on the other sports,” said Riccardo. “But I felt OK with putting my focus into field hockey.”

This past season, the Whippets played a brutal schedule, playing nationally-ranked opponent after nationally ranked opponent.  As a result, West took some lumps along the way, but Riccardo simply did what she could to step up her own game and be a leader.

“Playing that schedule was a big help in the long run,” said Riccardo.  “It exposed our weaknesses and showed where we needed to put in the work.  I just did my best to be a good senior leader and contribute in any way I could.”
According to West coach Steph Bullock, she succeeded.

“Ciana was a four-year starter, and a strong team leader,” said Bullock.  “She was a strong force this season; a workhorse who covers all aspects of the game.  She has great field vision and ball control.”

By the time the post-season rolled around, West was firing on all cylinders, riding a five game winning streak where they outscored the opposition 26-1, with the lone goal coming in a 3-1 victory over the eventual District 1, AA champs, Merion Mercy.

But with five losses, the Whippets only managed to pull down the No. 8 seed.  No matter.  West reeled off four straight wins, including a 7-0 shellacking of top-seeded Garnet Valley in the quarters, to capture the District 1, AAA championship.

When the season came to a close following a tough loss to Central Dauphin in states, Riccardo had 20 goals, but more impressively, 30 assists.  The 30 assists were tops in all of Southeastern, PA, according to Philafieldhockey.com.  Her total of 73 points put her at number five in SEPA.

Next fall, Riccardo will reunite with her sister, Romea, at the University of North Carolina.

“North Carolina has such a strong field hockey program, and I loved the school and the environment,” said Riccardo.  “Karen Shelton is a great coach, and I’m just really excited to be heading there.”

With all the success West has had during Riccardo’s four years there, you’d think there’d be a specific win or achievement that would top the list of memories.  But for Riccardo, her favorite memory in sports is more general.
“Just getting to play with my sisters, with our dad coaching,” said Riccardo. “Just thinking about always having them there growing up brings a smile to my face.”