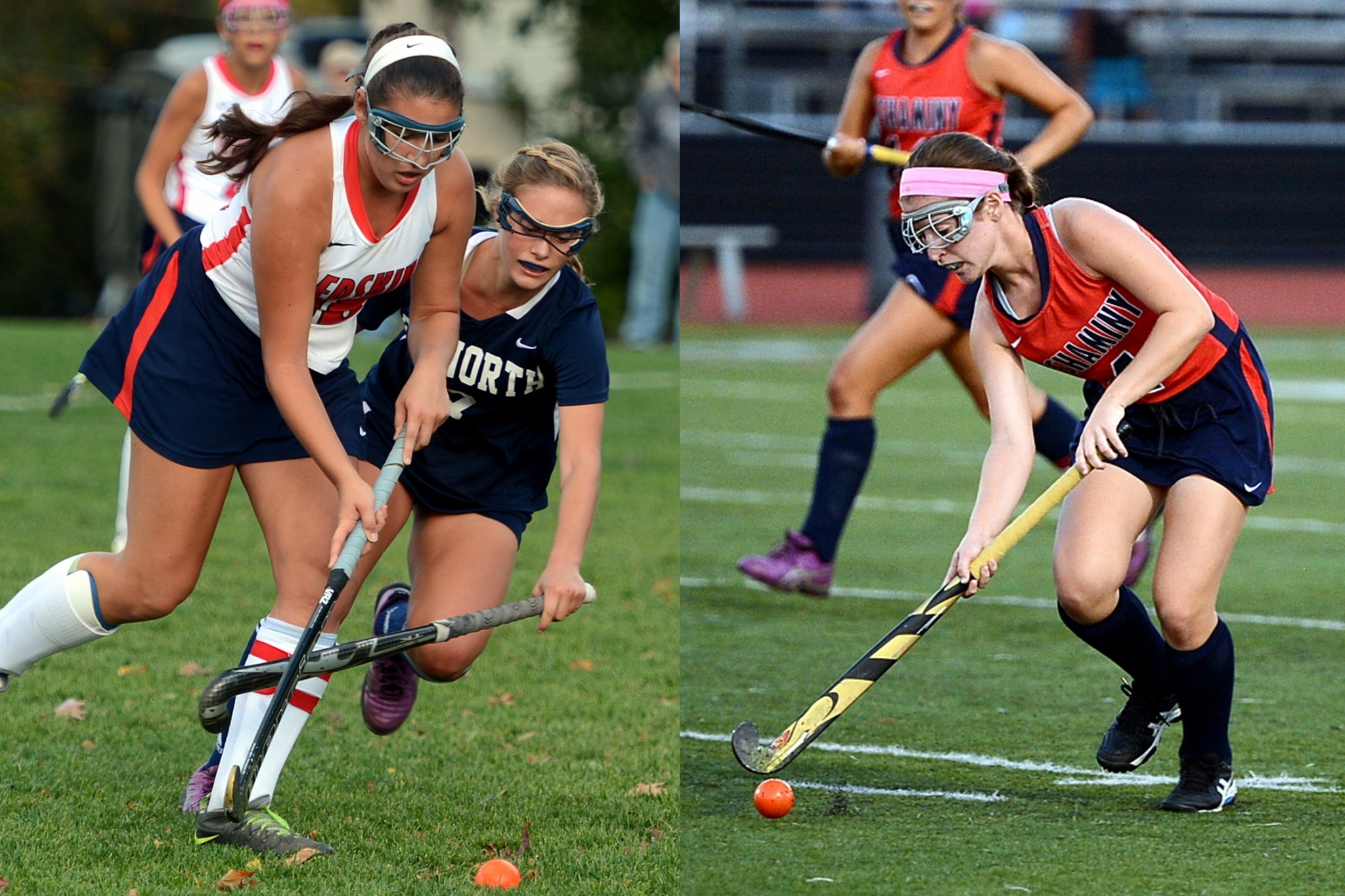 LANGHORNE – While Neshaminy senior Emily Alexis has played both basketball and lacrosse for the Lady Skins, she says field hockey was always her first love.

Making states last year with the girls basketball team was fun, sure, but she says she always knew she’d wind up playing field hockey at the next level.

That’s exactly how things have panned out. Alexis will play collegiately at Sacred Heart, a Division 1 program in Connecticut.

“I love basketball as a sport but field hockey was always what I really loved,” said Alexis. “And that’s what I always wanted to play in college, too.”

Alexis also had interest in attending Ursinus, Ohio State and Villanova and says she had offers from some of the other schools.

“Sacred Heart was always the best fit, for me,” she said.

“I just really loved Sacred Heart as soon as I got on the campus and the coaches were really nice and so were all that girls. They made me feel really welcome and I just felt at home there.”

Sacred Heart presented that warm family feeling that Emily is used to at NHS.

“Neshaminy field hockey is like a family,” said Alexis, who also plays at Mystix.

“I’ve been playing field hockey with other teams ever since I was a little girl. And that’s what all my coaches always told us. ‘Wait ‘til you play for the high school; you’re going to love it.’ And, I did.”

And Skins head coach Jamie Pinto had high praise for the central midfielder, one of four co-captains on the team. Alexis controlled the center of the field, both offensively and defensively, and was a team leader on and off the field, said Pinto. Her skills were top-notch, the coach added.

“Emily is a smart player who sees the field well, has good game sense and brings a competitive edge that is contagious to the rest of the team,” said Pinto.

While Alexis has also played in the backfield, last fall, she was stationed at center-mid where she came through with four goals and 11 assists.

Co-captain and classmate Mia Sexton has also played in the midfield at Neshaminy but played her final campaign at center forward, where she stepped up with 24 goals and 16 assists.

Sexton will take her game to Temple University. Her high school coach says Sexton continually improved throughout the season to become a scoring threat.

“She really stepped up this year as a senior and a captain,” said Pinto. “She has great stick skills, speed and eye for the goal.

“She continually made the players around her better by working hard, distributing the ball well and motivating and encouraging (her teammates) throughout the season.”

Both players were important parts of defensive and offensive corners this year, the coach added.

“Over the last four years, they became a very important part of Neshaminy field hockey. They have set great examples for the underclassmen by showing them the importance of working hard on and off the field, playing every game to the best of their ability, and what leadership should be.”

Both Sexton and Alexis were four-year starters for the Skins, who made it to the postseason every year the players were on the team. Neshaminy’s best postseason run was 2015 when it earned the No. 4 seed in districts, a first-round bye and a second round shutout win over West Chester Henderson.

Last fall, the Skins earned a No. 13 seed and were ousted from districts in a 3-2 loss to No. 4 seed Methacton. In basketball, Neshaminy made a run to the PIAA state quarterfinals last year.

But like Alexis said, field hockey was always her first love and Sacred Heart is the benefactor.