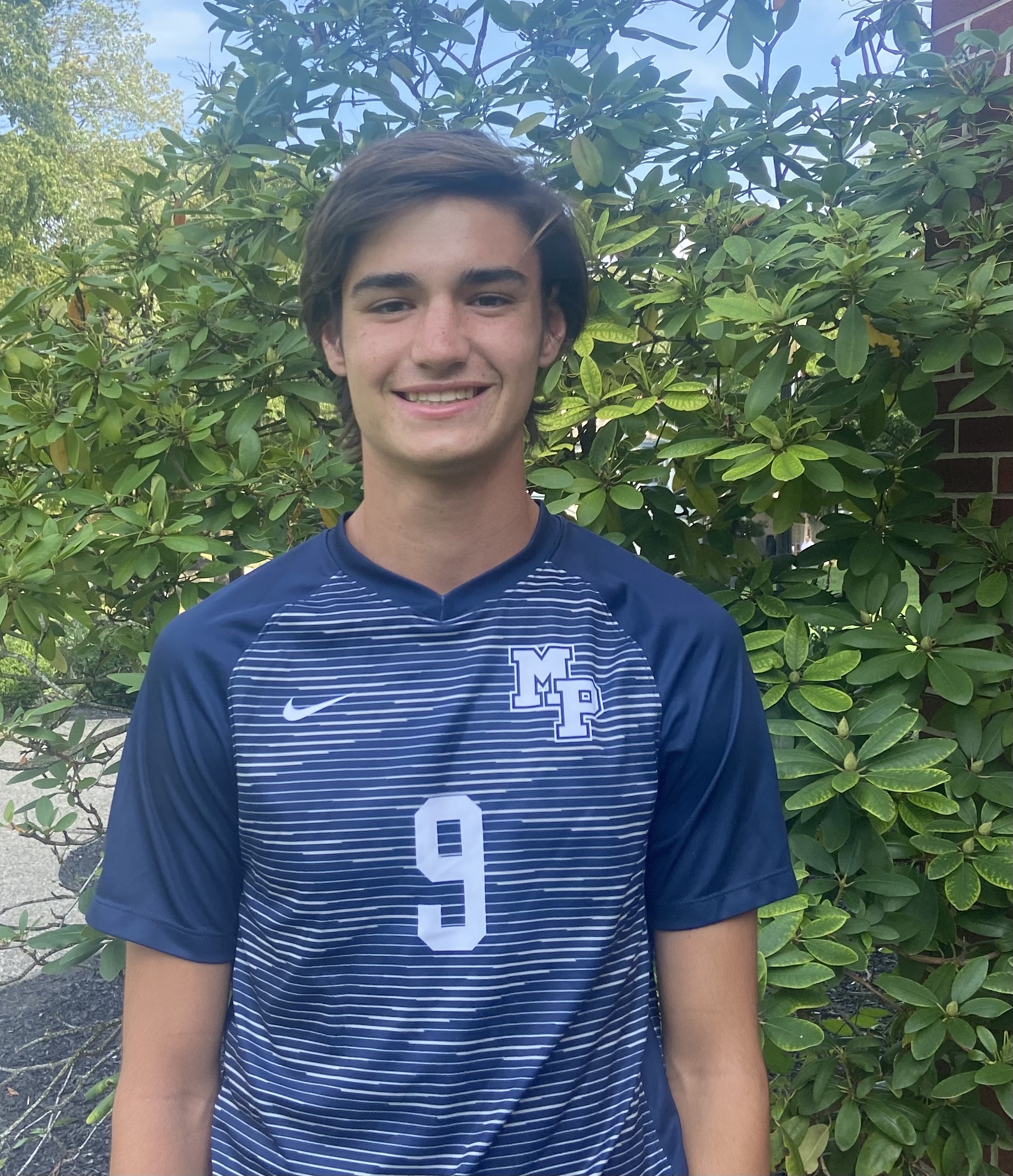 A senior holding midfielder and captain, Diederich has been a solid all-around contributor to the Friars’ soccer success during the past few years. Malvern Prep soccer head coach Susan Barr said, “Johnny is very intelligent in reading the game, resulting in consistent interceptions and he’s dangerous in transition. He’s an excellent 1v1 defender, strong in the air, has great stamina and is a fierce competitor. Johnny is a true leader with the ability to connect with all players on the team.” Off the pitch, Diederich participates in Catholic Athletes for Christ at Malvern Prep.

A: I played a lot of soccer this summer, and after re-watching some games the thing I realized I needed to work on the most was my 1v1 tackling. To improve on this, I lifted more to get stronger. I also re-watched film, focused on what I did wrong, and improved it before the next game. This fall I am hoping to lead Malvern to an Inter-Ac championship.

Q: How do you see your on-the-field role as a holding midfielder? You are an outside back for your Penn Fusion team – what attracted you to the midfield position?

A: To me, my role as a holding midfielder is to control the game. I need to get on the ball as much as I can to keep possession for my team, and also to start our attacks. Coach Barr attracted me to the midfield position. She saw my ability to control the game and thought I would do great in that role, and right when I stepped into that midfield spot I loved it because I was able to get on the ball more.

Q: Coach Barr mentioned your ability to read the on-field action, resulting in consistent interceptions. Tell us a little about how you developed this ability.

A: Playing competitively and at a high level, you have to think two steps ahead. You always have to keep your head on a swivel to know where everything is, and the biggest thing is their body shape. If you know where everyone is on the field, and you can read body shape, then you will be able to gain this ability.

A: My biggest soccer mentor has been my dad. He has pushed me to be where I am today. In 8th grade, I had six different injuries and I was out the whole year. When I finally came back to playing, I was not in the starting lineup anymore, and I was not as good as I used to be. I was getting discouraged, but he would always tell me that if you keep working hard and pushing yourself to be the best you can be then you will get your spot back. I listened to him and worked my hardest to get back to where I was, and I did it. That is the biggest thing I learned from him, to work for what you want, and you will get it.

Q: How do you see your role as a team leader, on and off the field, as a senior captain?

Q: What do you think is the strongest aspect of your game?

A: For my pre-game preparation, I always eat a good healthy meal, usually pasta, so I don’t wear myself out during the game. When it gets closer to game time I always listen to music that hypes me up and block out everything and everyone and focus on myself and how I am going to impact the game.

A: I have been playing club soccer ever since I was old enough to play. I started out at GCVSA, but I wanted something better so I switched to Penn Fusion. I wouldn’t be at the level I am today if I never made the switch to play for them. One of my favorite memories from Penn Fusion is being selected for the ECNL SuperCup and winning the championship. The SuperCup is where 4 of the top clubs in our conference take the top 4-5 players from each age group and they play a tournament. My other favorite memory was the national playoffs in 2019. We won our group stage, but lost in the Sweet 16. Even though we lost, it was still an amazing experience and I will never forget the energy of every game.

Person I admire the most: “My parents because of all they have done for me and our family.”

(To be selected for Main Line Boys Athlete of the Week, a student-athlete must first be nominated by his coach.)