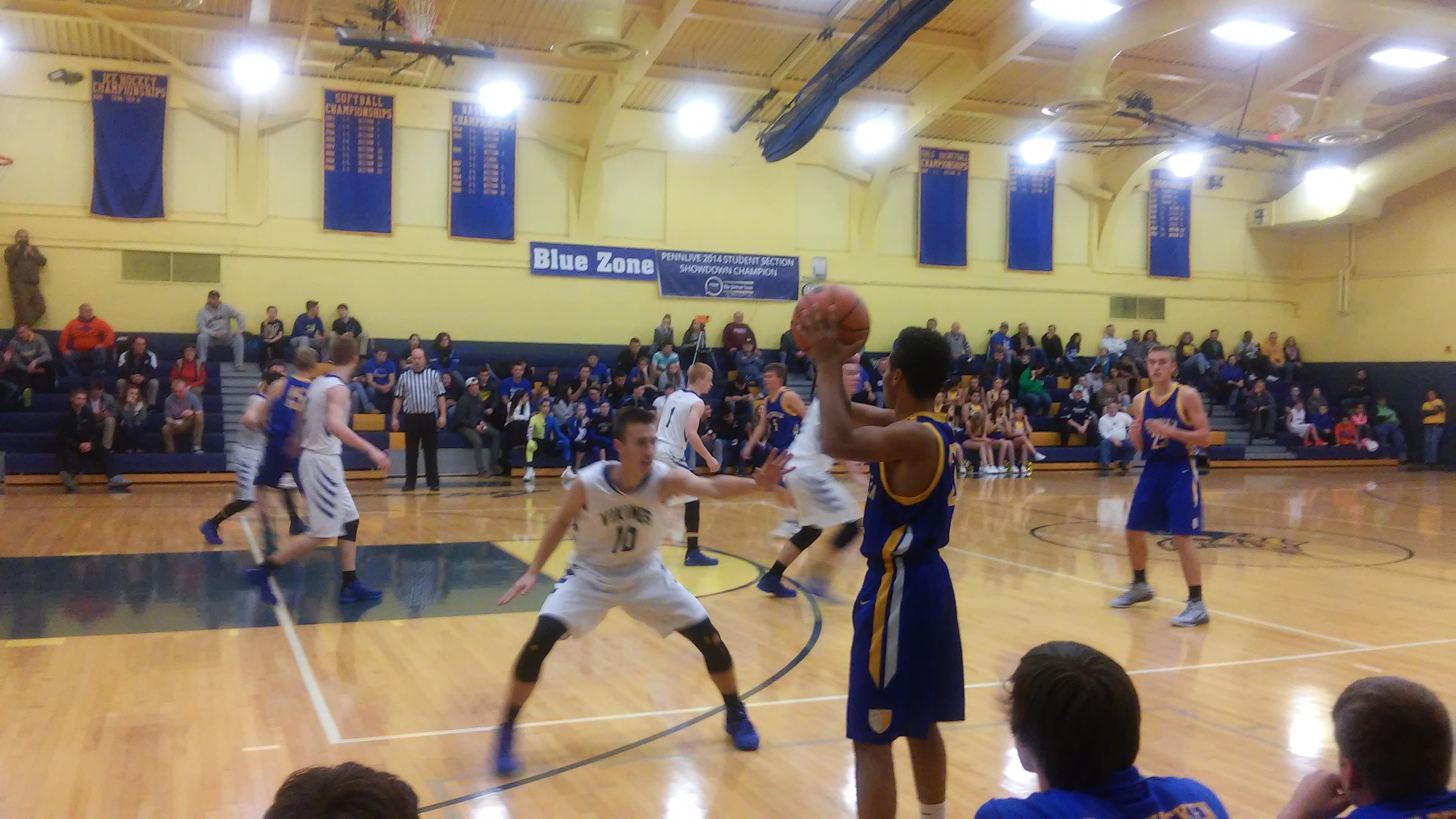 FREDERICKSBURG>> The season’s still young — which is pretty much the branch Tulpehocken head coach Tigh Savercool has ventured on to at the moment.

Northern Lebanon played nearly airtight defense in the paint while displaying enough of a balanced offense to beat Trojans 44-26 in a non-league contest. The hosts allowed a single basket during a nine-minute stretch bridging the second and third quarters to put it away.

The hosts Vikings — in their first week under George, the former highly successful Pine Grove girls’ head coach — took away the paint almost entirely, forcing Tulpy to the perimeter, where the jump shots just wouldn’t drop. George had promised tough defense as an integral part of his blue print for the program. On this night at least, his kids delivered in spades.

The Trojans scored consecutive baskets just once, during the closing minute of the third quarter, and could not effectively close on NL’s top shooters at the other end. It made for a long night and a game in which the Trojans (1-2) never led.

“We didn’t get anything going,” Savercool said. “We graduated a lot of our offensive production from last  year and we’re replacing a lot that, so we’re in transition mode, offensively. The kids are playing hard, but we kind of lose our confidence when things aren’t going our way, and that feeds into our offense. We’re not blessed with any 2,00-point scorer on this team, so we have to maintain our confidence.

“No one remembers a December loss. That’s what I told them.”

After Tulpehocken scored 30 seconds into the second quarter to shave Northern Lebanon’s early lead to 15-12, the Trojans scored once in the next 9:26, spanning the halves — a basket by Charles Rismiller. That was it.

The Vikings forced a number of turnovers while denying Tulpy anything approaching a high-percentage shot, the springboard to an extended 17-2 run that pushed their lead to 32-14.  Creating offense from defense is exactly what George is looking for in his first campaign at the helm.

“It’s a style of defense we’re gonna play,” George said. “It’s where we pride ourselves. Out whole focus is going to be on defense. You can tell from seeing the kids that it was an awesome effort tonight. Even if a guy got beat, there were three, four guys there to help. Nobody (from Tulpy) was getting any easy looks. We made it rough on ’em.

“We knew what our style was going to be. The answer was could we pull it off. I’m a little surprised, honestly, at far ahead we are. The kids are buying in and they’re enjoying our style. … We have to feed off of our defense.”

Guard Kevin Berry nailed a pair of 3-pointers in the opening three minutes and change for the Trojans, but hit just one the rest of the way. He led Tulpy with 10 points. The Vikings were paced by forward Isaac Bicher, who led all scorers, with 12. Those two were the only players to crack double digits in the scorebook.