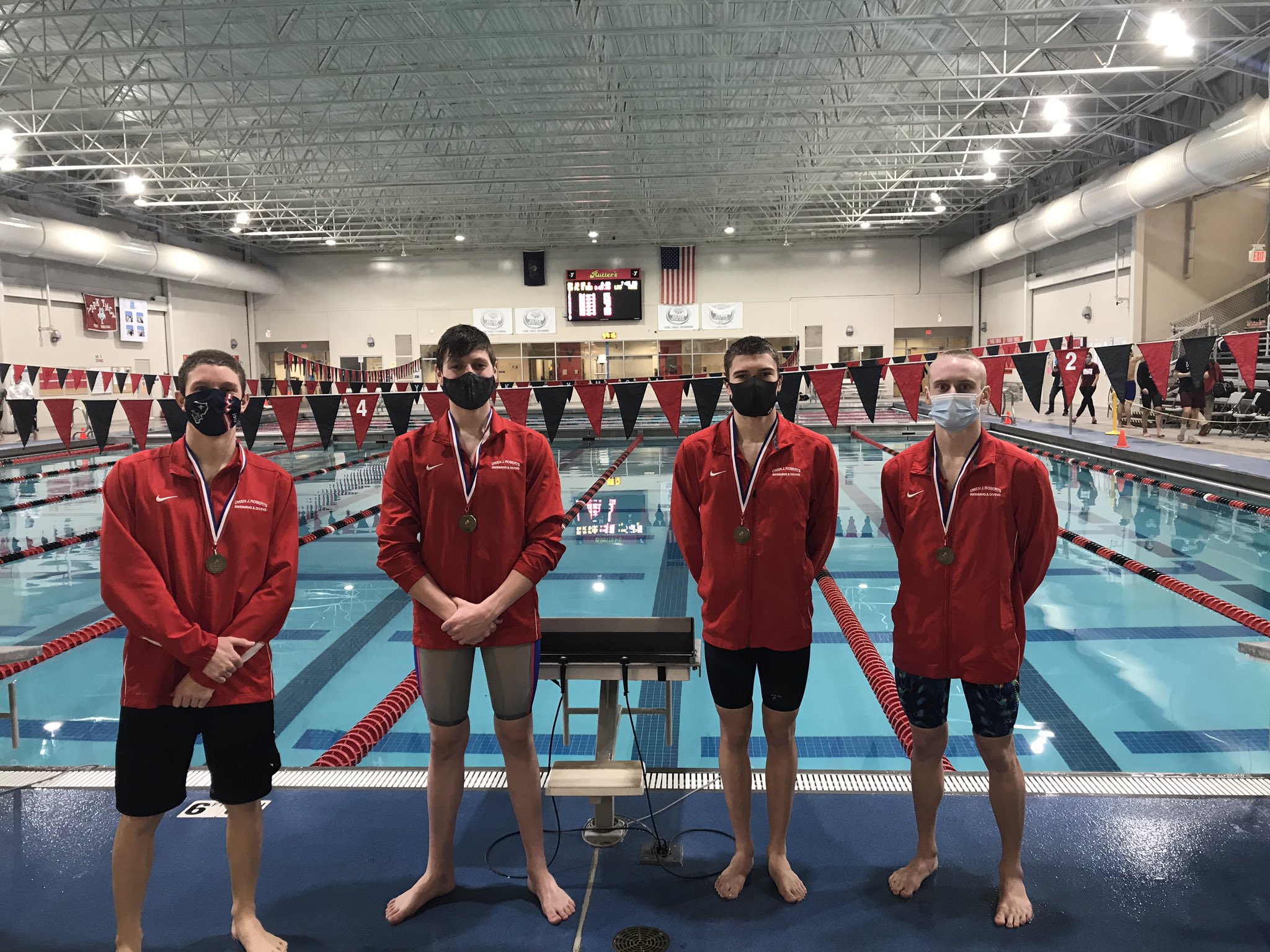 A season ago the Wildcats’ trip to the PIAA Class 3A Boys Swimming Championships along with senior Nathan VanNatter and junior Will Cano ended a day short when the COVID-19 pandemic cancelled Day 2 of states.

This time around, the two seniors are embracing one final trip to states with their teammates and hoping the conclusion of this season puts a bow on their careers rather than leaving some things unanswered like a year ago.

“I think it’ll definitely feel like the final word for high school swimming for us,” Kasznay said. “Obviously last year, it was a good experience for us until that last day. We all had fun. We went out to dinners. We hung out as a team. We made jokes, laughed around. It was a great time.

“This year with everything being the way it is, it’s not ideal but it’s great for the circumstances that we have.”

Fink, a three-time individual state qualifier, enters the PIAA Class 3A championship on Saturday night at Cumberland Valley High School as the second seed in the 100-yard butterfly and fifth seed in the 100 back. His 49.48 in the fly and 50.51 in the back earned him gold and silver at the District 1 championships.

“Unfinished business, there is a lot of that,” Fink said. “Obviously, I didn’t get to swim (the backstroke finals) last year, so I want to see where I can place. Fly is a little bit different because I finished off last year, but I’m still going for it all. … It’s definitely a different feel this year because I know when I go up there I want to give it my all and make sure I’m not leaving anything unknown out of my high school career.”

Kasznay made his first appearance at states with the Wildcats’ relay teams last season. His final PIAA championship meet also marks the first time he will compete as an individual at states as he enters seeded 13th in the 200 individual medley (1:54.35) following a fifth-place finish at districts.

District champions and the eight next fastest times in the state will compete in each event Saturday.

Fink knew he had his return trip to states booked at the conclusion of the District 1 championships when he earned one of the eight spots for district champions.

With District 1 finishing a week before everyone else, Kasznay had seven days to sweat out his PIAA championship fate before the other districts around the state concluded their meets.

“Last year, I was hoping but I didn’t get quite a good enough of a time as I needed,” Kasznay said. “This year, even with it being harder, I felt really accomplished about it with the times that I got. My mom had been recording times from different districts to see what place I would be, so when they released the results officially putting me in, I was ecstatic. I couldn’t be happier.”

Fink, Kasznay, VanNatter and Cano’s 200 free and 400 free relays are seeded 5th and 7th, respectively, a season after qualifying for the ‘B’ final in both events.

Last season, they finished 13th in the 200 free relay but didn’t get the chance to compete in the final of the 400 free relay when PIAA cancelled Day 2 of the Class 3A championships.

The OJR seniors capped off terrific career with a number of accomplishments this season.

At districts, the Fink-Kasznay-VanNatter-Cano relay team combined for two medals, earning a bronze in the 400 free relay and grabbing silver in the 200 free relay with a school record 1:26.02.

In a shortened season, the group is soaking in its final time together in the pool.

“Especially with these last couple of practices, it’s just been us the guys,” Fink said. “We’re all really great friends so it’s fun. Practices are obviously really tough, but we make it through, we laugh all the time. It’s a great group of guys and I’m really happy that I was able to spend the four years with them and finish out with them as well, this last hurrah coming out at states. It’s good to have them by my side.”

OJR didn’t have a single state qualifier when Fink, Kasznay and VanNatter were freshmen in 2017-18. Fink went up to states alone as a sophomore before being joined by his classmates and relay team members for the first time last season.

Fink is headed off to West Chester University next season, VanNatter to Shippensburg University and Kasznay to Ursinus College.

The hope is that Saturday’s championships provide a fitting conclusion before they begin the next stages of their swimming careers.

“Getting on that bus for the last time it’s going to feel weird because I’ve been doing it for four years,” Kasznay said. “At this point, it’s second nature for swim meets for me. It’s all been really fun, and I just can’t wait for it because obviously I can’t wait for college to come around and for me to be able to swim there. As sad as it’s going to be, it’s going to be a great transition point for me and the guys.”

Daniel Boone senior Chris Guiliano is the highest seeded Mercury-area swimmer. A season after swimming to gold in the 200 free and earning a spot in the 100 free finals, Guiliano is ranked second (1:38.55) and first (44.10), respectively, in the two events.

After a strong showing in districts that included two individual gold medals and three individual silvers, the Pioneer Athletic Conference has multiple swimmers positioned for high finishes at states.

Coming off a silver medal at districts, Spring-Ford senior Brendan Baganski enters ranked 11th in the 50 free (21.19). Methacton junior Tommy Gibbs, making his second straight states appearance, is the 13 seed in the 100 fly (51.23).

There won’t be prelims at Saturday’s meet, just two heats of eight swimmers for the finals of individual events and four final heats for relays.

“I like how that’s going to bring the best out of me,” Fink said. “I love being pushed, and I know these guys are really going to give me a run for my money, whether it’s the No. 1 guy or the No. 16 guy you have to be ready for everybody to put up a best time or just drop anything. I’m excited. I think it’s going to be a great day of racing and I’m ready to go out there, have some fun and hopefully put up some good times along with these other times.”