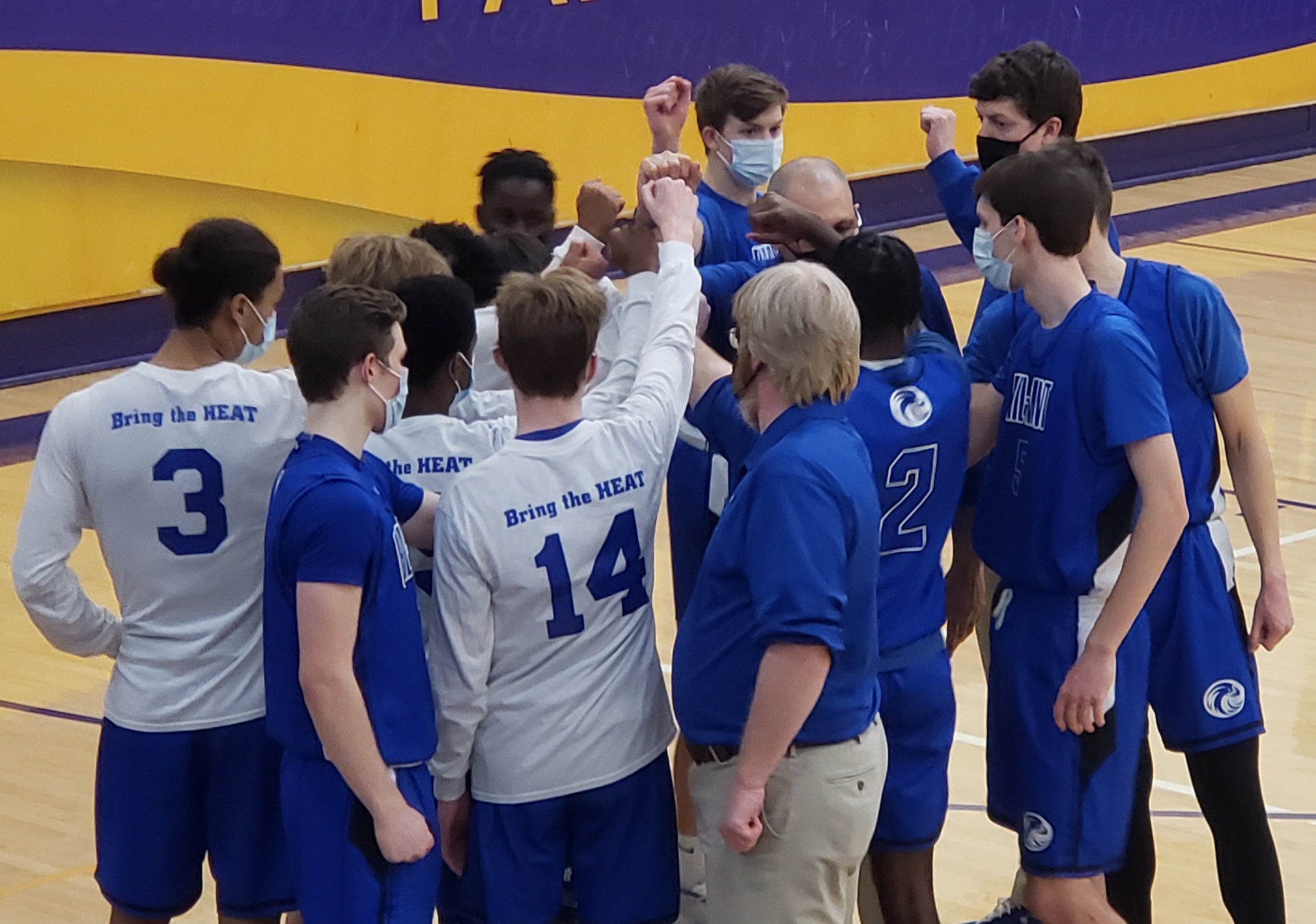 The Falcons trailed by 15 points going into the fourth quarter and were still down 11 with less than three minutes remaining. Trevor Tipton scored 11 of his game-high 21 points in the final frame and David Olinger had seven of his 15, but the District 1 champions never got within a single possession. Tipton’s fifth three of the game made it 54-50 with a few seconds remaining, but La Academia’s DeMajh Salisbery split a pair of free throws to put the game out of reach.

“These guys have been very resilient all year,” Phil-Mont Christian coach Glenn Dolton said. “Not just on the court, but with the COVID stuff. We’ve been made to stop for two weeks by the government, then you have to come back. We probably stopped and started four times this year. I’m really proud of them. They showed what they can do. They hustled til the end and they’re a great group of guys to coach.”

“That’s what we are,” Tipton said. “We fight. We knew our season was on the line and that’s what we had to do. We tried to put a run together.”

Phil-Mont Christian did everything it could in the fourth. The defense forced six turnovers while the offense scored 24 points and only gave the ball away once. La Academia went 3-for-9 from the free throw line in the fourth to keep Phil-Mont’s hope alive, but Jamal Lebedev and Salisbery combined for 14 fourth quarter points to keep their side ahead at the final buzzer.

La Academia took control of the game after halftime. They opened the third quarter with a 6-0 run to break a 20-20 tie and closed the frame with eight straight points to head to the fourth ahead, 41-26. Salisbery had eight of his team-high 20 points in the third and Kevin Polite added seven as the District 3 champs won the third quarter, 21-6.

Tipton opened the game with a deep three-pointer to start a 10-0 Falcons run. La Academia didn’t score for the first six minutes of the game, but got within four, 11-7, at the end of the first quarter.

“We opened the game really, really well,” Dolton said, “executing what we needed to do. Then we got away from that and got away from being more disciplined on offense and took quick shots, which opened them up to make their runs out.”

That momentum carried to the second quarter, where La Academia continued a 12-1 run to take their first lead, 12-11. Tipton hit a three-pointer to put the Falcons ahead, 14-12, halfway through the second, but that would be their final lead of the game. The teams were tied at 14, 16, and 18 before going to the break, 20-20.

Phil-Mont Christian finishes the season with a 9-4 record, a Bicentennial Athletic League title and a District 1-A championship.

“I told them, ‘We won our league championship, won our district championship. Nothing’s going to take that away. This is a memory you’re going to have for the rest of your life,’” Dolton said. “It’s exciting and I’m happy we had the chance to play and we’re thankful for having the opportunity to play when there’s so many teams that didn’t get that chance. We’re happy we’re here.”