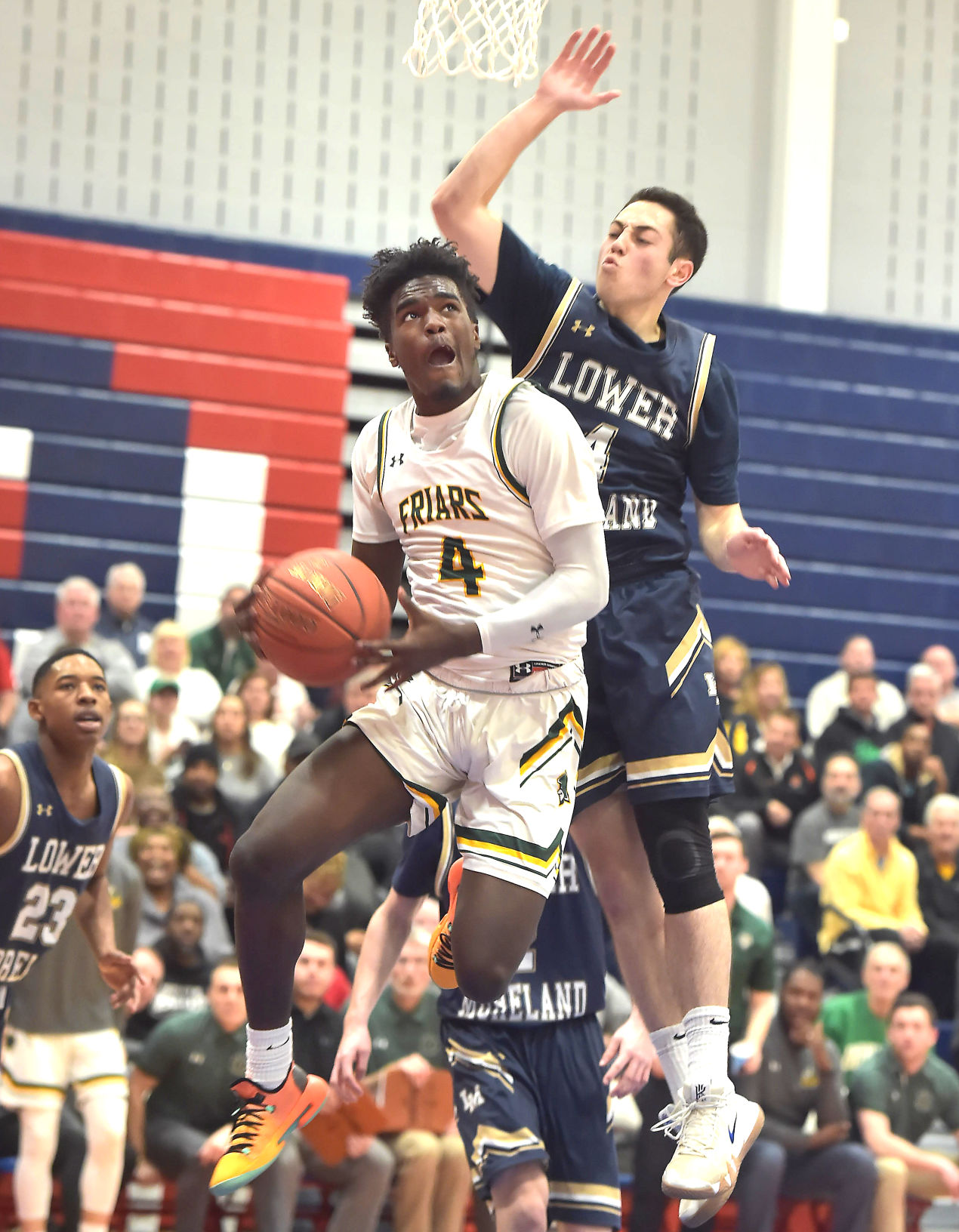 The world of high school basketball is vast, and a 22-game snippet of a season isn’t much more than a snapshot. But as basketball programs experience their ebbs and flows in talent, we seem to be at a moment of heightened local competition.

Consider the recent holiday break and the cross-league rivalries it featured. We got to see Bonner-Prendergast and Cardinal O’Hara take on Haverford School, and the Fords also booked a date with Chester. Penncrest tested itself against St. Joseph’s Prep, while Garnet Valley matched up with Father Judge. Haverford High battled with West Catholic. Those nonleague battles aren’t just valuable for selfish reasons (for instance, to some poor soul who has to assemble rankings) but provide a cross-cultural meeting of teams that might be close geographically but wouldn’t otherwise play. Add in a little league bragging rights, and that’s what makes things fun.

Back to this week’s rankings, which are getting increasingly difficult to assemble. Of the 23 teams in Delco, 15 have winning records. Two of the eight with losing marks are Episcopal Academy and Haverford School, which have played arguably the toughest schedules of the bunch and been ravaged by injuries (and who play each other Tuesday afternoon in a game this writer might be in attendance for).

Anyway, here are the latest rankings. Records based on games through Sunday, Jan. 12. (Also, a new batch of stat leaders might be ready this week. In the meantime, let these from last week tide you over.)

It’s with hefty reservations that I put the Patriots tops this week. First, they’re coming off a 50-point pasting by Montverde Academy Saturday. Second, they take on Neumann-Goretti Monday night, the same Saints that plastered 115 on Bonner last week (hence why the Friars stay rooted to third). Carroll is about to hit its toughest games, but for now, it stays in the top spot.

It’s hard to split the three Catholic League squads, because I don’t think there’s a lot of space between them. And while I’m not yet ready to have Chester at No. 1, I don’t think dropping the Clippers is correct either. They have won five straight, including a three-point win over Penn Wood in the Del Val opener. All five of Chester’s starters are averaging at least seven points per game, but keep an eye on Faheem Berry: He’s tied for the team lead in 3-pointers (granted, it’s only seven) and could be a bench X-factor.

I don’t think it’s a good idea to try to run with Neumann-Goretti, as the Friars found out. It’s not often that you score 86 points in a regulation game and lose, much less get blown out. That setback, though, doesn’t erase a very good win at Roman Catholic in overtime. The road gets tougher with Wood, Carroll and a tricky trip to St. Joseph’s Prep this week.

The last of the unbeatens has fallen, with O’Hara dropping a four-point decision at home to Archbishop Wood last week. This program is undeniably on the rise, and it’s worthy of a place in the upper tier of the Catholic League. But if we do the simple head-to-head math – Neumann, Bonner, Roman, then Carroll in there somewhere, and Wood – that puts O’Hara around sixth in the league, with the ability to fight its way up.

The Jags have improved greatly in recent seasons, but winning on the road has been an unconquered frontier. This season, they’ve won at Great Valley, Haverford, Radnor and Harriton. Away traps still remain – Conestoga, Ridley and Upper Darby among them – but playing the way they do at home on the road has been a huge boon. So is the dynamite play of Carl Schaller.

The Lions saw a nine-game winning streak end Saturday night in overtime against Conestoga, a home loss they might come to regret. The record could take a further hit with trips to Lower Merion and Garnet Valley lined up. But the Lions have been solid in dispatching teams in the small-school division, save for the two-point blip against Radnor. The last five league contests after this week are all eminently winnable affairs.

The Patriots were not in the last Super 7 for lack of info: They’ve only played nine games, including signing up for a Christmas tournament that got wiped out, leaving the staff to play scheduling catch up. Penn Wood started 0-2, with losses at Bensalem and Cheltenham. But it’s recovered to notch quality wins against Ridley, Downingtown East and Neshaminy and played Chester within three points on the road. As usual, expect that Patriots to have something to say about the Del Val title race.

Honorable mention: Radnor (9-4, the Raiders hit hard times with four straight losses but a win over Haverford, which has lost five straight, might just right the ship. Upper Darby and Lower Merion await this week, though); Strath Haven (8-4, the Panthers have been excellent in the first year under Chris Conlan. The losses include a one-pointer at Marple and a two-pointer to Conestoga on a buzzer-beater, but they’re less destructive than a 17-point shellacking of Upper Darby is impressive); Upper Darby (8-5, the Royals run really hot and cold this year, even for them. Within eight days, at home, they pound Conestoga and get trounced by Strath Haven. Go figure); Chester Charter Scholars Academy (10-2, I put TCA in last time, and the Sabers beat TCA this week, so it’s only fair. Tyler Howard is starting to find his game: The 6-10 junior forward has unlocked potential, and he’s finally developing into the constant double-double threat his build forecasts).