All-Delco Swimming: Eruslanova, Christian made the most of difficult situations 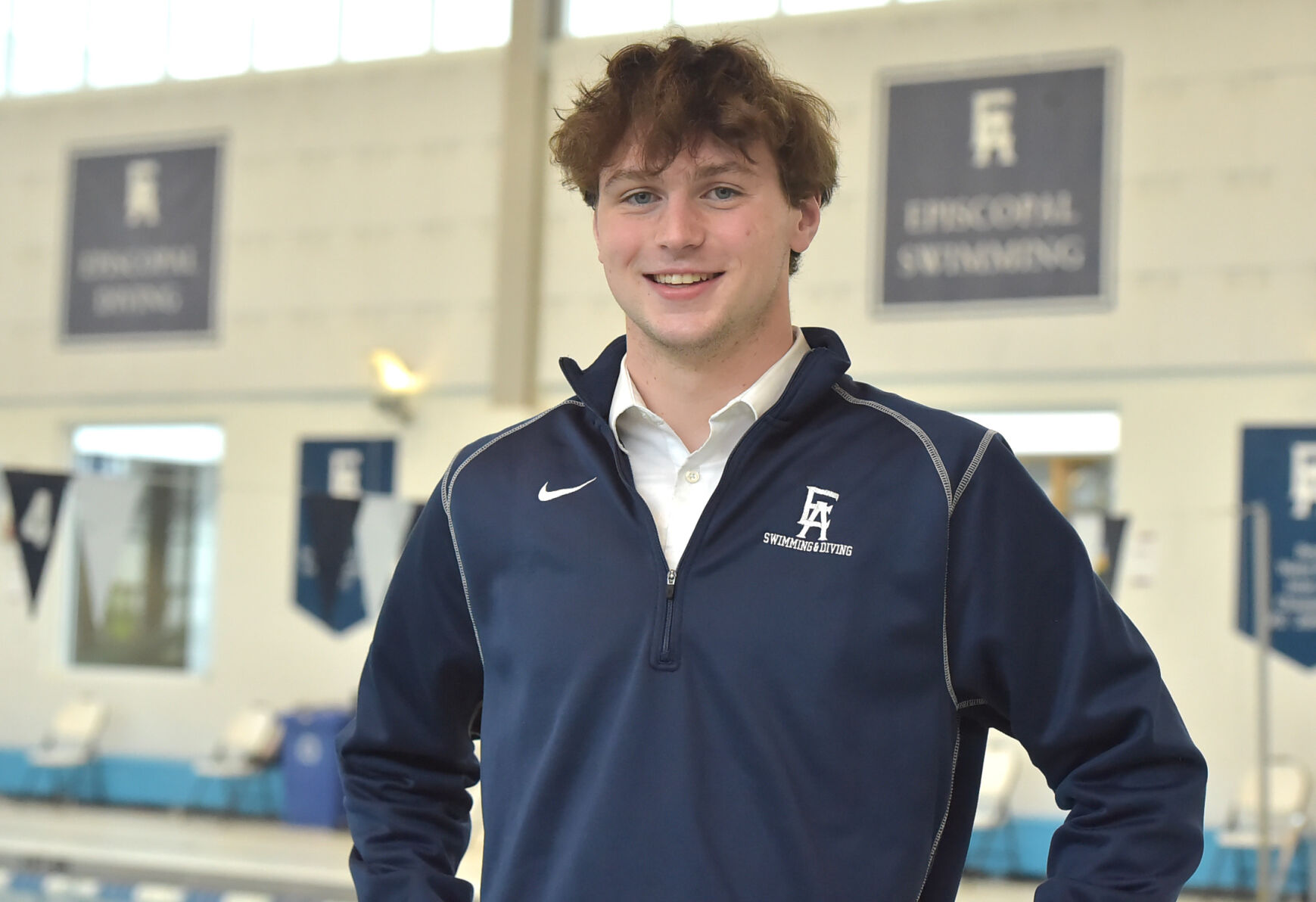 Jack Christian of Episcopal Academy is the 2021 Delco Boys Swimmer of the Year. (Pete Bannan/MediaNews Group)

After spending more than a quarter of the year out of the water, the cold was a small price for Katya Eruslanova to pay.

The Haverford swimmer’s stellar 2020 postseason was followed by three months out of the water during the COVID-19 pandemic. Still able to run as prep for cross country season or work out in a home gym, it wasn’t the same as being in the water 20 hours a week. Normalcy didn’t return until August, when the outdoor pool at St. Albans Swim Club opened.

Then, when December’s second COVID-19 wave hit and the high school season was postponed, Eruslanova resorted to something normally unthinkable: Outdoor swimming, in 30-degree temps, under the floodlights at Lawrence Park. Katya Eruslanova of Haverford is the 2021 Delco Girls Swimmer of the Year. (Pete Bannan/MediaNews Group)

Jack Christian’s aquatic sabbatical lasted two months, until the Episcopal Academy swimmer could avail himself of backyard pools to get some kind of workout in. When that got claustrophobic, he headed to his family’s house in Sea Isle, donning a wetsuit to test the open water.

The pandemic has caused many athletes to adjust. But for swimming, where competitions are the merest tip of the iceberg of work required, training time was the major casualty of 2020. Few adapted as well as Eruslanova and Christian. In the reduced 2021 swim season, they shined above all others, earning the Daily Times Girls and Boys Swimmer of the Year Awards.

Jack Christian left his junior season with a huge question mark. He’d performed well while rested at the Eastern Interscholastic Championships, helping EA to second in the combined team standings. But he planned to taper for YMCA Nationals in March before the pandemic scuttled the meet.

In a sport where the watch tells all, the question of “what if” is particularly disorienting, even more so given the crucial recruiting juncture for Christian.

“It’s definitely hard if you don’t have an end-of-season meet, especially with recruiting and time,” Christian said. “How do coaches base recruiting off of what your potential is and not your actual times? Swimming is a fairly easy sport to recruit in. You look at a time, and it’s fast or not fast. But it’s hard to know, how fast was he going to go when we got shut down.”

That foreshadowed the goal-shifting of his senior year. Christian committed to Duke last May, and his recent times beyond high school competition have solidified that as a great get for the Blue Devils. Once EA got back in the water, it was a mad dash through a handful of meets.

Christian made the most of it. Despite the lack of championship meets, he posted the fastest time in Delco in the 200 free (1:41.78) and 100 free (47.05). He was second-quickest in the 200 individual medley and 100 backstroke. On the Easterns virtual leaderboard, he’s in the top seven of five events.

Eruslanova’s objective after last season was clearer. She’d finished second at the District 1 meet and fourth at the PIAA championship in her favorite event, the 200 IM. All the swimmers ahead of her were seniors. Gold was the goal.

She got there twice, first at districts in 2:02.81, then at states in 2:01.81, with a winning margin of a full second. She’s the first Delco swimmer to win a state title since fellow Haverford Swimmer of the Year Maddie Hart in 2016.

What still has Eruslanova flabbergasted is her follow-up act: After finishing second to Suburban Swim Club training partner Bergstrom at districts in the 500 free, she followed the Strath Haven junior into the wall again. Bergstrom won states gold in 4:55.91. Eruslanova was exactly two seconds back for silver.

“The two-IM was my primary goal, so I was really happy after that, since that is what I mainly went there for,” she said. “But the 500 was not really on my radar, so getting second was a big surprise for me. It still hasn’t hit me yet, that I got second in the state, because I’m not really a 500 swimmer.”

The objective for both was making the best of a bad situation in 2021. After the December shutdown, Eruslanova was grateful for dual meets, though separating boys and girls competition diminished the feel on deck, especially given the Fords’ usually vociferous meets.

Christian had to follow a stellar Class of 2020 at Episcopal, and the pandemic required new leadership strategies. Instead of icebreakers and morning workouts, it was more positive vibes, reminding his teammates to get their work in when they could but to above all stay safe.

A return to the pool, in any form, was a reward for resilience. It’s pretty clear what descriptor will linger for Christian to encapsulate 2021.