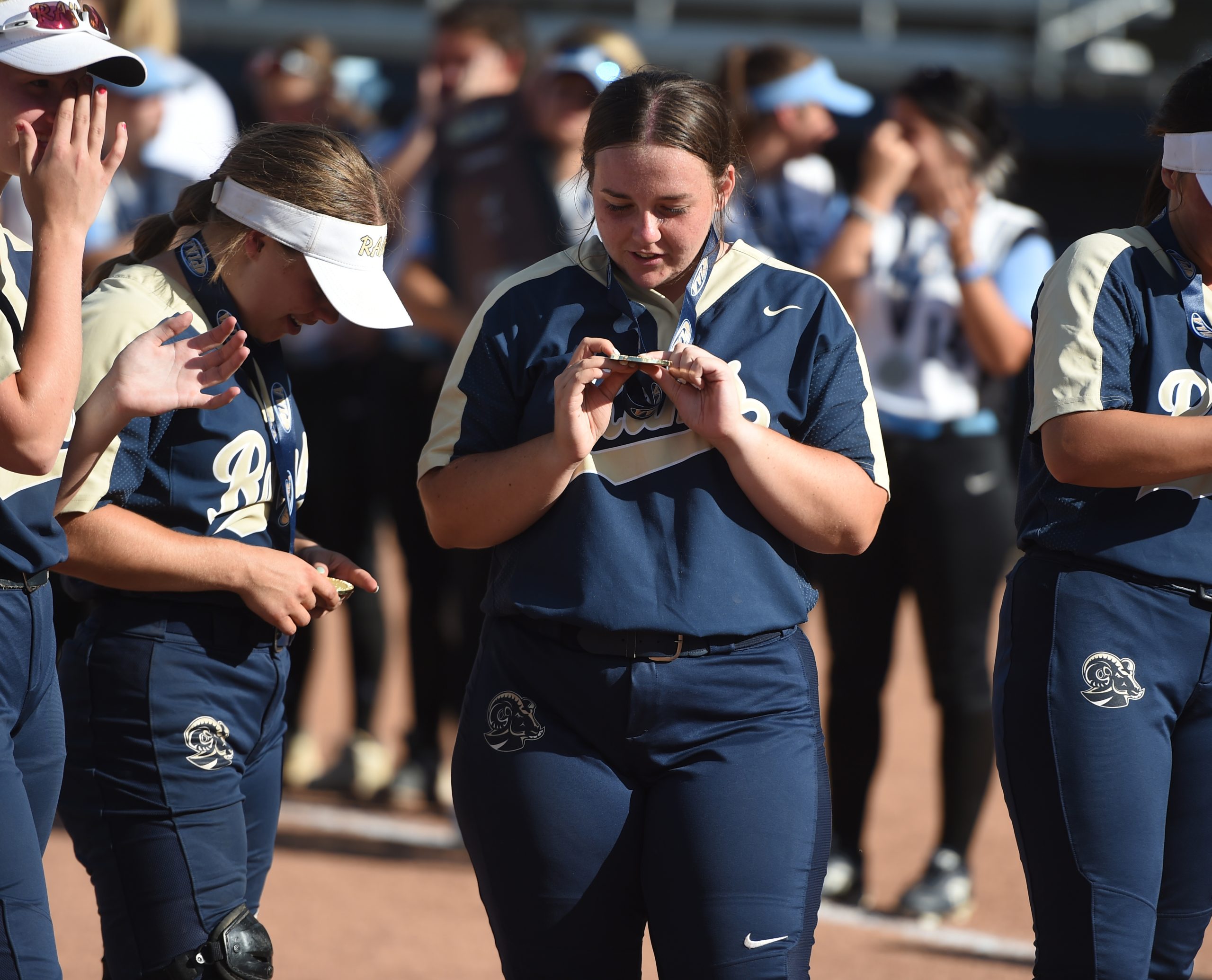 UNIVERSITY PARK >> Haleigh Williams recently took a look at pictures from her Senior Night back in 2013.

Pictured with her was younger sister Maddie, then in elementary school eager for her turn to put on a Spring-Ford softball uniform.

Things came full circle for the Williams family this spring.

Haleigh sat in the stands watching little sister in the blue and gold.

She watched and cheered as Maddie helped the Rams reach farther than they’ve ever gone — all the way to a state championship on Friday evening.

“Oh my god, it’s so amazing,” Haleigh Williams said. “I said on Monday, ‘She’s one-upping my high school season,’ but it’s the most awesome thing to watch and I love it so much.”

The Williams family has been with the Spring-Ford High School softball program since Haleigh was pitching in the circle for Spring-Ford from 2011-13. She later went on to play at Eastern University. By the time Maddie got to the high school in 2018-19, there was plenty of familiarity with the program.

“It’s crazy. With Coach (Tim) Hughes we somewhat knew each other because I’d always go to her games,” Maddie said.

Having her sister’s support during the postseason stretch was something special for Maddie as she finished off her career.

Part of what made the Rams’ season so special was the ups and downs they had this year. Maddie was happy to have her older sister there for some of the tough times, like the semifinal losses in the PAC and District 1 tournaments.

“It was great,” Maddie said. She was very supportive and pushed (me) through the hard stuff when we were going through it.”

Haleigh and her mother Wendy Williams were both proud of the way Maddie found her role this season and embraced it, ultimately starting at first base during the team’s state run.

It’s not a unique trait on this Rams’ roster, which prides itself on a team-first attitude, yet it’s still a commendable attribute in a high school player.

“She just played with heart and determination,” Wendy Williams said. “She knew what her job was and she knew what she had to do.”

Haleigh’s Spring-Ford squads went to the District 1 semifinals and state playoffs in 2011 before she finished off her high school career with a PAC championship in 2013.

Maddie and her teammates won PAC and District 1 titles last season, but couldn’t add to the connection earlier this postseason. Instead, they saved the best for last, going further than any of Haleigh’s teams and any other team in school history to win the program’s first state title in its first title game appearance on Friday.

There was only love and support from older sister Haleigh as she watched from the stands the past several weeks.

“She was always the younger sister that’s better than me,” Haleigh said. “It’s really been awesome. She’s amazing, and I’m so proud it makes me cry.”

While certainly appreciative of her sisters’ support, Maddie hinted she might do a little showing off of her new hardware around the house.

“Maybe a little to my sister,” Maddie said.

Not many have watched more Spring-Ford softball games than Wendy Williams with two daughters coming through the program over the past decade and a half.

She got the perfect ending as a Spring-Ford softball parent on Friday evening.

“The way it just ended, this is awesome,” Wendy Williams said. “I’m so proud of her and the team. I couldn’t ask for anything more. A lot of the girls I actually coached, so it was great to see them through all the way to the end.”

Though there won’t be another Williams sister suiting up for the Rams, that doesn’t mean the family won’t remain close to the program.

“They’re a good group of girls and I can’t wait to come back and see them next year too and see how far everyone goes next year too,” Maddie said.