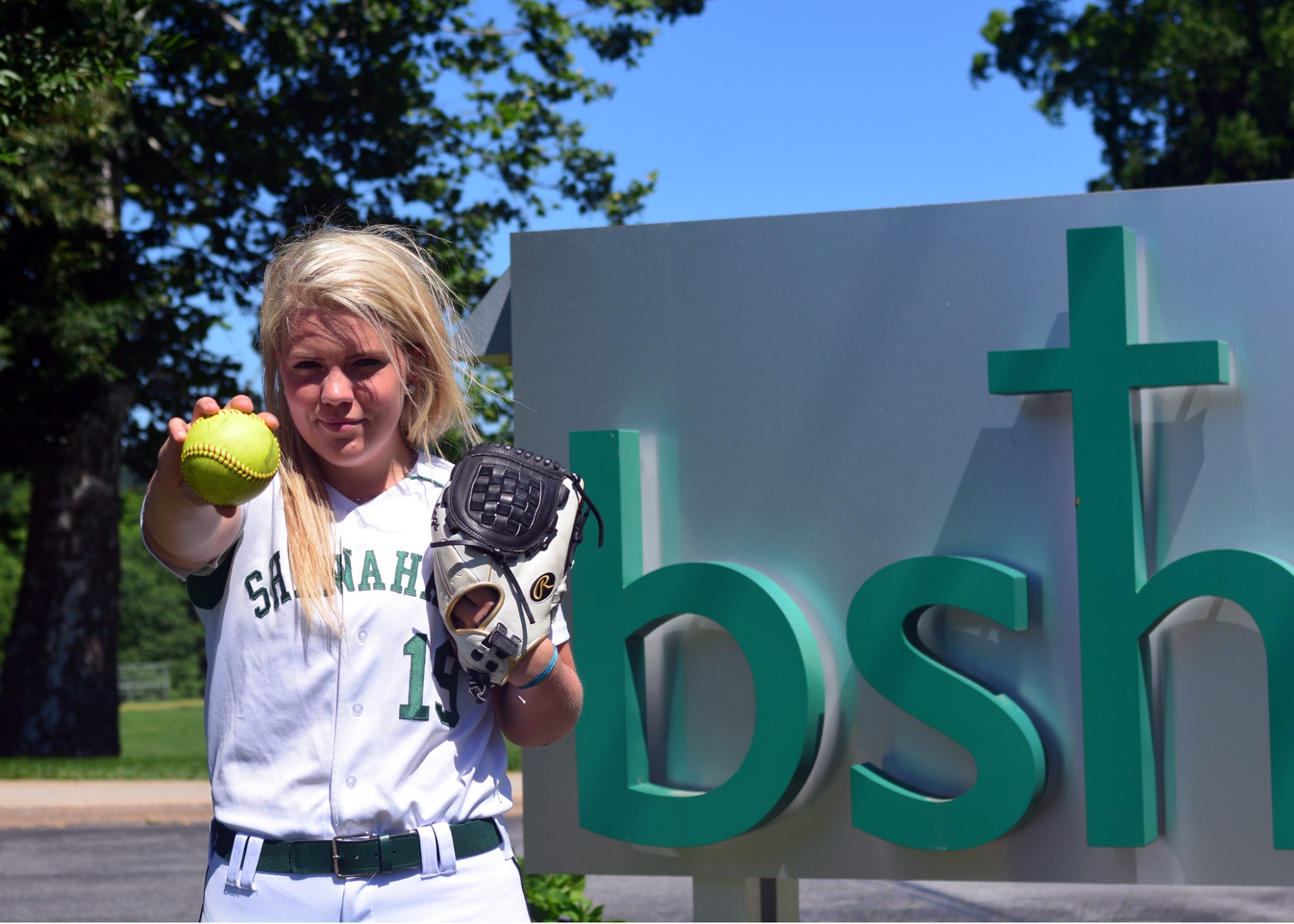 DOWNINGTOWN >> Bishop Shanahan star pitcher Devon Miller was about as dominant in the circle as you could be this past season, posting an ERA of just 1.20 while recording five no-hitters, another four one-hitters and 12 shutouts in 17 wins.

The Eagles’ junior ace struck out an incredible 308 hitters on the season, while walking just 33.

And that was just the regular season. What she did in the playoffs was not of this world.

Miller saved her best for Shanahan’s run to a District 1 title. In four district games, Miller allowed just one unearned run on two hits, striking out a ridiculous 58 in 24 innings of work, and didn’t walk a single batter.

“I can’t even explain how much it means to me to finally win the championship,” Miller said. “We have always been an underdog team until this year when we really showed our true potential. Personally, I am not a fan of losing, so it was really big winning the championship, especially since we were able to win many close games in order to get there.”

Like many top athletes, Miller is a creature of habit when it comes to preparing for a game.

“I make sure I have a strategy in order to attack each batter, as I have faced most of them for two years now,” said Miller. “Physically, I make sure to sleep well and eat a good lunch, which is the same every game day as a superstitious routine. I also make sure I warm up every pitch the same amount before starting.”

Once she steps into the circle, Miller focuses on strategy.

“I face every batter with a different approach, depending on what their swing looks like, where they are standing, and how far apart their feet are in the box,” said Miller.  “I also tend to face the big hitters with much more caution, making sure I can pinpoint my location and movement.  The most important thing that goes through my mind while in the circle is ‘don’t let them touch that ball, hit your spot.’”

A student of the game, Miller learns all she can about her opponents, sometimes even while the game is in progress.  Against Interboro in the District 1 title game, Miller caught on quickly to the fact that the Bucs hitters would chase balls high and tight, and exploited that lack of discipline.

In four district games, Devon Miller allowed just one unearned run on two hits, striking out a ridiculous 58 in 24 innings of work, and didn’t walk a single batter. (BILL RUDICK)

“I am very conscious of teams strengths and weaknesses, such as teams that play small ball, and the others that are heavy hitters,” said Miller.  “ I know which pitches to throw to the heavy hitters as opposed to the small ball teams. Big hitters tend to chance more out of the zone, which was something I picked up within the first three batters for Interboro.”

Miller will have to make at least one major adjustment next season, as she is losing her batterymate of the past three years, catcher Katy Newton, who graduated this spring.

“My relationship with Katy as a catcher has become so strong over the years, and I trust her to catch any pitch I throw,” said Miller. “She is one of the most supportive teammates I have ever had, and it will be hard playing without her next year. I hope to adjust quickly to a new catcher, which will take a lot of practice, but isn’t something I’m too worried about.

While Miller is known for putting up video game numbers in the circle, she’s nearly as dangerous with the bat in her hand, hitting .543 with five home runs and 24 RBI.

“I enjoy softball as a whole, and I believe my competitive nature has helped my batting very much,” said Miller. “I see batting as a way to ‘help myself’ on the other side of them game. I have been recruited to hit in college as well, which I am very excited for. I enjoy scoring runs almost as much as I enjoy defending them.”

Future plans are now a little hazy. Though she was an early commit to Fordham, the coach there recently took the job at Villanova. And as one would expect for a player of Miller’s caliber, there are plenty of Division I schools interested.

“I cannot wait to see what the future holds, as I owe all my successes to my teammates, coaches, and especially my parents,” said Miller. “Thank you!”