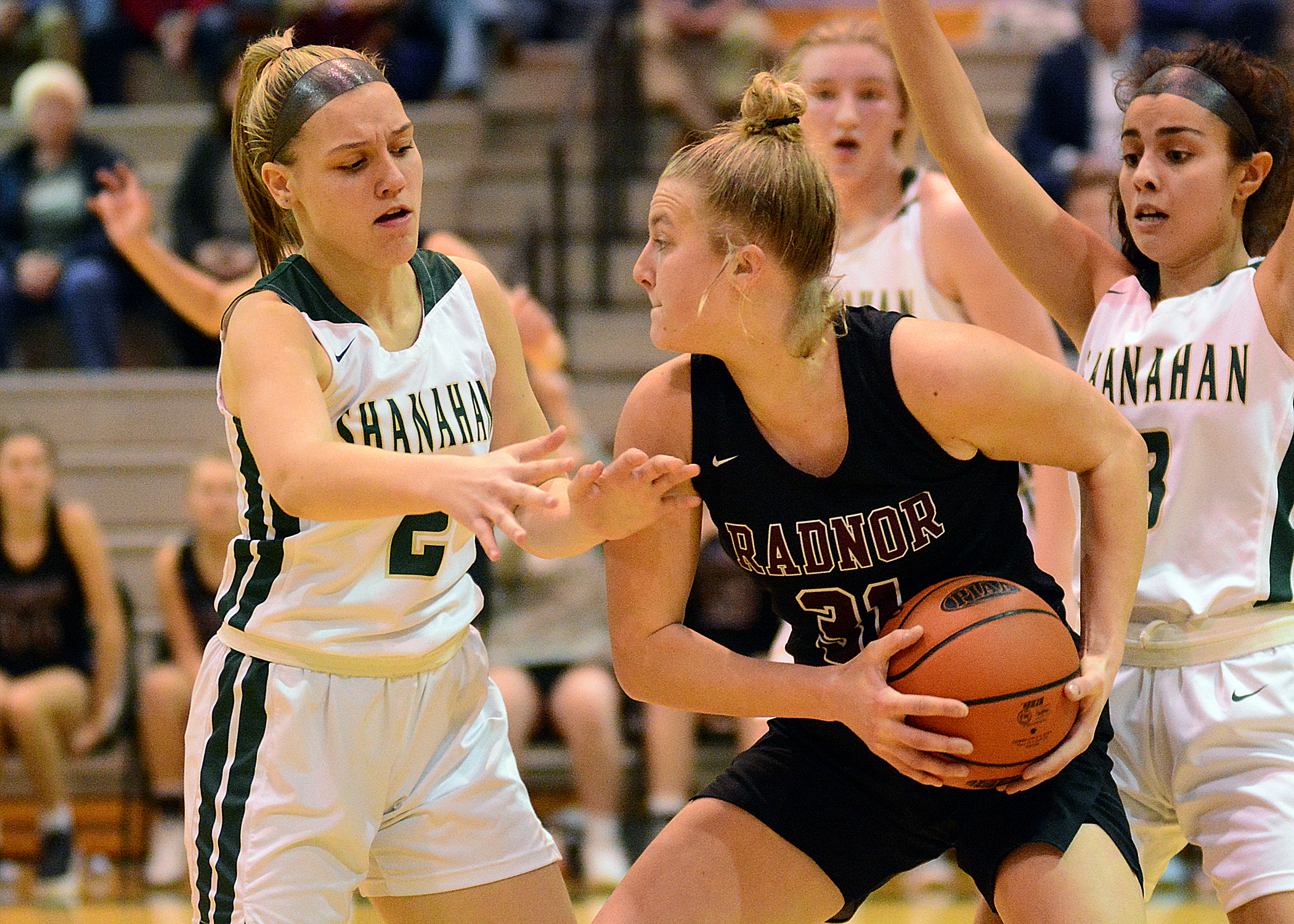 DOWNINGTOWN—Defense cures a lot of ills. Tuesday night at Bishop Shanahan, No. 10 Radnor got off to a slow start offensively against the No. 7 Eagles, but a stingy defense forced some key turnovers and kept them in the game until the shots started falling in, and the Raiders (15-8) came away with a 43-28 victory over Shanahan (15-8).

Radnor will move on to play at No. 2 Penn Wood Friday night.

“This was a good win for us,” said Radnor coach Mark Jordan. “Shanahan is a quality team with a lot of quality players. We’ll come back Friday and see if we can keep it going, but we think if we play our game, we can play with anyone.”

The Raiders put a pair of players in double digits on the night, with Bri Williams and Ellie Mueller each posting 16 points in the game.

“Towards the end of the first period, things started to click for us,” said Mueller. “Shots started to fall, and we were forcing some good turnovers. Then as the game moved on, we really started crashing the boards. This was a nice team win for us.”

Shanahan jumped out to an early lead, going up by as much as 8-3, but difficulties with turnovers stopped them from getting as far out in front as they could have.

“This was a tough matchup for us,” said Shanaham coach Jim Powers. “They are long and fast and athletic. Turnovers have been a problem for us off and on all year and it really hurt us early on today. You just can’t beat a good team like Radnor if you’re turning the ball over.”

Trailing 9-7 at the end of one, Radnor began to pick things up and take control over the next two periods, and grabbed its first lead of the game when Mueller dropped one in early in the second to give the Raiders a 13-11 advantage. Over the next 15-minutes, the Raiders outscored the Eagles by a 22-12 margin. Williams scored all but two of her points in the final three periods.

“Defense was our main focus coming into this game,” said Williams. “We studied them pretty heavily all week in practice, and we were able to capitalize on that. We have a tendency to start slow, but we just keep our heads in it and keep positive, letting the game come to us.”

Leading the way for the Eagles was Giana DiMarco, who netted 10 points on the night, while Katie Geenhut added six.

“We had some young kids sit on the bench tonight,” said Powers. “Hopefully they’ll see what it takes to play at this level and come back next year looking to take the next step.”

Radnor, with two razor close game against top-seeded Springfield, would like another shot at them, and will try to extend the season as long as they can.

“This was a lot of fun,” said Mueller. “We’re excited, we have a loud bench, and we’ll just keep running the floor and playing our game.”