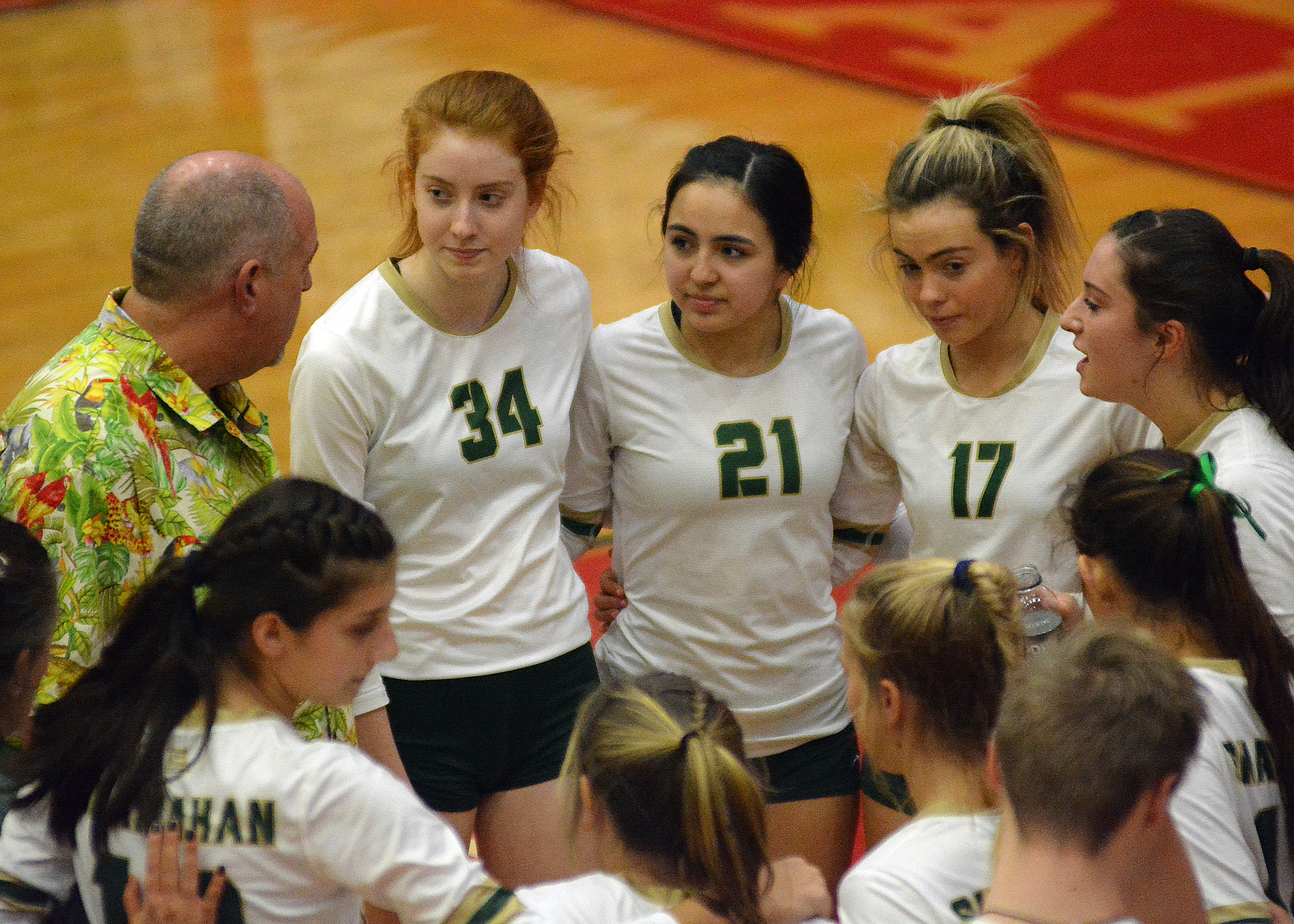 MECHANICSBURG—A return trip to the state finals shouldn’t have even been possible for the Bishop Shanahan volleyball team. The Eagles lost six starters to graduation last spring, with four moving on to play NCAA Division I volleyball. That kind of talent just isn’t replaced overnight, so coming into this season, expectations were not exactly through the roof.

Well, other than at Bishop Shanahan.

“No one could have predicted we would be back here in a state final,” said Shanahan coach Greg Ashman. “But we’ve been playing at a high level for years here, and tradition doesn’t graduate.”

Still, for the Eagles to have put together the kind of season they had—arguably the most dominant of the past three seasons, and they reached the state finals all three years—is nothing short of amazing.

Shanahan came into Saturday’s final against North Allegheny—the third straight year facing the Tigers in the championship, with the Tigers sweeping the first two, 3-0, 3-0—with a spotless 23-0 record. Even more impressively, the Eagles hadn’t lost so much as a game in 12 matches dating back to October 8, when Unionville stole a game in a 2-1 Shanahan victory.

“We saw a lot of great players graduate, but this senior class was something special,” said Ashman. “They showed great leadership from the start of the season. They really stepped up this season, both with their play, and with their leadership.”

The Eagles’ consecutive game streak lasted through the first game Saturday night, as they took game one 25-19 before North Allegheny stormed back to take the next two.

In game four, it was time for the Eagles to rally back. Behind stellar play from Brooke Burns and Cara Schultz in particular, Shanahan broke open a tight game with eight unanswered points. Schultz chipped in with four straight aces in the 25-12 win that set up a winner-take-all game five.

Though the Eagles jumped out 3-0, and had Schultz serving with the game tied at 13-13, it just wasn’t meant to be. The Tigers once again left the Cumberland Valley gymnasium as state champs, stealing a 16-14 final game victory.

Saturday marks the end of the high school career of Schultz, who is headed to Yale next season, where she’ll balance volleyball with academics as a pre-med of biomedical engineering major.

“Those girls that graduated last year were my best friends,” said Schultz. “They were incredible people and athletes. We came in to the season thinking it was unlikely we’d even get back to state finals. But against all odds, we did. We didn’t even win a game the last two times here, so it is pretty incredible we came as close as 14-16 in a game five.”

Those best friends that graduated weren’t forgotten, but new bonds were formed.

“I think that in the time I’ve been here, this team developed the strongest bonds of any,” said Schultz. “It wasn’t just talent that brought us together this year. We all just worked so hard, and we are so tight, no matter what the score was, I think we were the best team in the state.”

Next year, it will be up to the next group to uphold tradition.

“I’m really excited to see what the future holds,” said sophomore Maddie Rudolph. “We had a great JV season when I was a freshman, and we will do our best to get as far as we can next year. The bar is set high, but I really believe if we keep working hard as a team, we can do anything we set our minds to.”