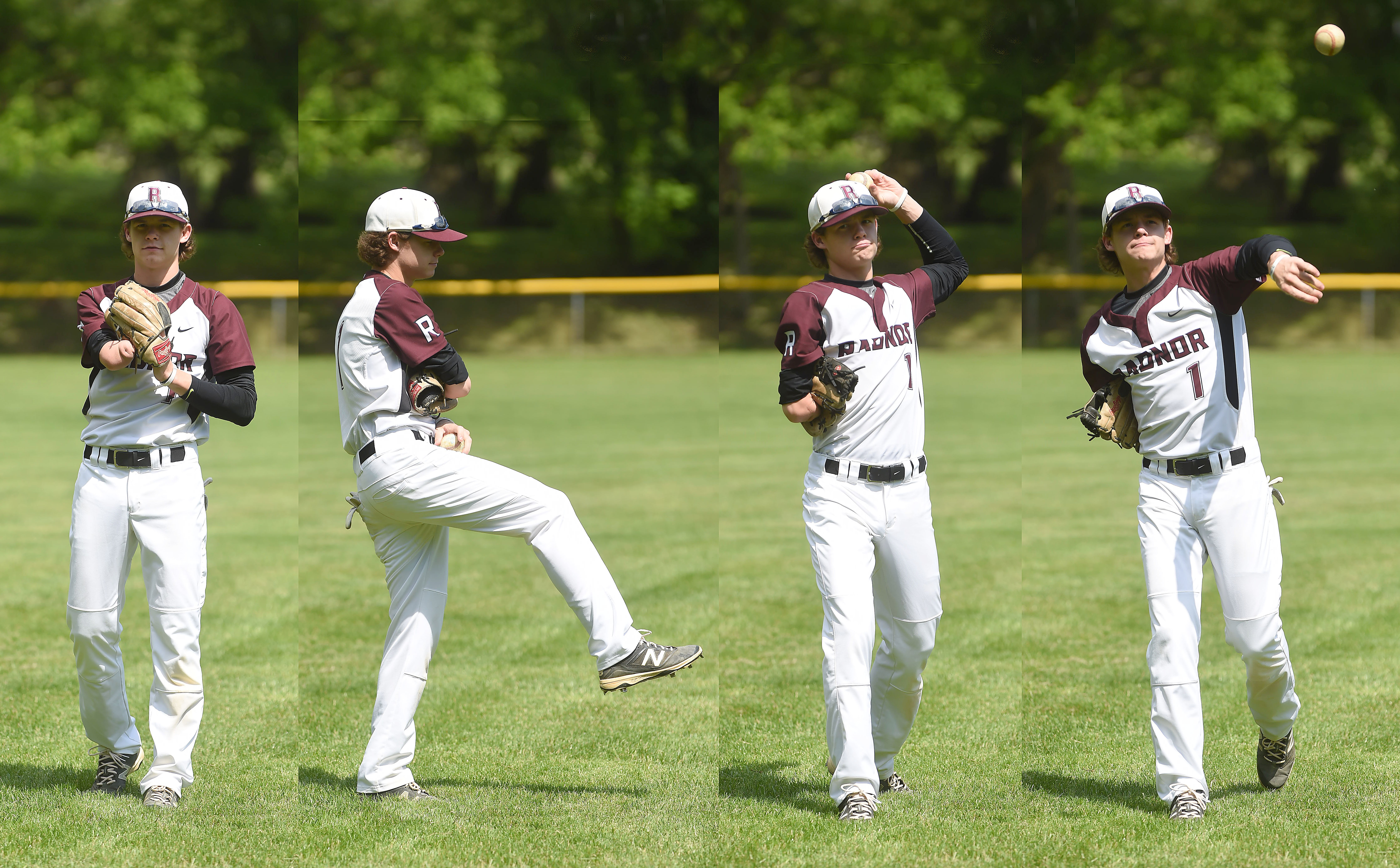 After an 0-5 start, with a can’t-lose game against fellow strugglers Lower Merion looming April 18, coach Mark Jordan’s pitching staff needed a spark. The team was missing its best player, outfielder Connor Wilson, for whom Austen had been deputizing in center field. An injury to pitcher Charlie Connolly left the thin and youthful staff bereft of options.

Even though Austen hadn’t pitched, scholastically or in legion, since he was a sophomore, he decided to step up.

“Right away, we kind of were a little short and needed some help, and I just wanted to help wherever I could, whether that was center field or the mound,” Austen said. “So I just said to coach, ‘If you need me out there, I’m ready.’ He gave me my chance, and he’s kept giving me games.”

As the postseason dawns this week, that moment is the pivot on which Radnor’s fortunes turned. The Raiders (9-10) open the District One Class AAA tournament Tuesday at Chichester, an honor that Austen has played an outsized role in securing.

All those aspects of Radnor’s narrative arc skirt the first thing most people notice about Austen: He’s doing it all with one hand.

Austen was born with only a few inches of his right forearm, no wrist and no hand, a physical limitation that’s easily forgotten when you see Austen starting on the varsity baseball team for the last three seasons or contributing for Radnor’s soccer team.

He’s developed the ability to perform most of his daily tasks without a prosthetic, and that includes pitching. For batting, he utilizes a carbon-fiber device that slips over a cloth sleeve on his right arm and serves as the nominal “bottom hand” on his left-handed stroke. The bat handle clips into the round eyelet of a clamp, and Austen releases the entire device from his arm when he bolts from the box.

Austen is among Radnor’s leaders with a .333 average and 15 stolen bases, the All-Central second teamer who’s risen from a nine-hole hitter and defense-first outfielder to a top-of-the-order table-setter.

Pitching isn’t a new addition to Austen’s arsenal. He threw regularly as a middle-schooler, before the injury his sophomore year. This season, he’s returned with a 4-0 record and a 1.22 ERA, surrendering just five earned runs in 28.2 innings.

Austen’s motion required more work than most to perfect. As a kid, Austen met Jim Abbott, the one-handed MLB pitcher, at a book signing. Though they didn’t talk pitching, they talked about living without an appendage and what a life of adapting meant. Austen has always drawn inspiration from Abbott, most directly in choreographing a pitching motion through old highlight tapes and photos.

“I just kind of taught myself,” Austen said. “You realize, not just in baseball but in everything else, you’ve got to teach yourself how to do things. So just doing it over and over again, I found what worked and didn’t work, and just tried to perfect it.”

Abbott’s challenge was slightly different. Abbott was born without a hand but with most of his forearm, allowing him a surface to rest the glove during his windup before transferring to his left hand after the pitch release. Austen pins the glove in his right armpit, then slides his left hand into the glove upon release.

It’s complex, but it’s become rote after thousands of throws. He’s able to vary his motion, like any other hurler, to solve higher-order problems on the mound. His leg kick is higher and his front shoulder more closed, for instance, to hide his delivery, necessary given that he can’t maneuver the glove in front of him during his delivery to obscure view of his release point.

Fielding might also seem to be a challenge. But Austen is quick to point out that many of the mistakes made by pitchers fielding their position are caused by panic. Austen’s situation requires him to slow down mentally and complete one step at a time, no matter where he is on the diamond. So opponents thinking they’re clever by bunting are just offering easy outs.

Austen’s resurgence has helped Radnor right its season, starting with that Lower Merion game. Jordan managed his expectations, hoping for three or four good innings. When Austen kept rolling, the message was always, “just one more inning,” Austen said. By the time they knew it, a 7-1 win was in the books.

Wilson returned to the lineup three weeks ago, and Radnor finished the regular season with wins in five of seven, including a defeat of Marple Newtown that cost the Tigers an outright Central League title.

Austen’s freshman season coincided with Radnor ending a long postseason drought. They’ve added playoff wins since, altering the standard that Austen and his fellow seniors aspired to this season. And few can claim as much credit as he in the mammoth turnaround.

“Being a part of the team for the past three years and always making playoffs, it was kind of expected,” Austen said. “And once Connor was out, something was missing and not everyone was playing how they should. We weren’t really a team, it was just individuals. …

“The seniors did everything they could to try to show the players what it is to play like a team, and I think they’re starting to get it. We’re showing people how we really can play.”