DLN ALL-AREA: Conestoga’s Klebe waits her turn, then makes most of it in amazing junior campaign 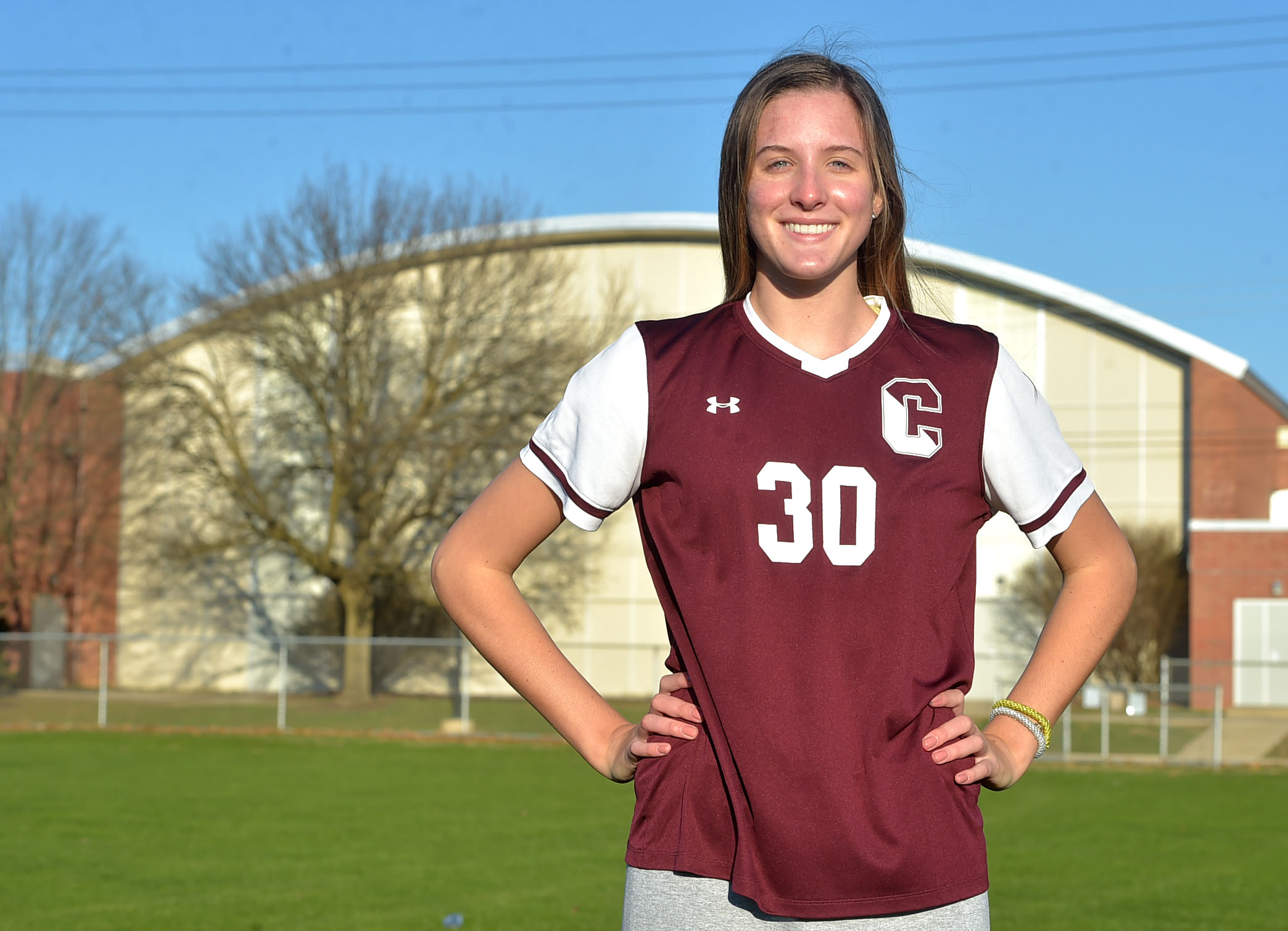 Just one year ago, Abby Klebe sat alongside her junior varsity teammates and watched Conestoga’s varsity team fall one goal short — in double overtime, no less — in the state championship game to end the 2019 season.

As a talented sophomore, Klebe knew she could compete at the varsity level, but understood there was a talent-heavy group of upperclassmen ahead of her. So when the 2020 season finally began, after a long COVID-related delay with plenty of caveats, the junior took full advantage of the opening, and immediately established herself as a threat to opposing defenses.

Klebe tallied 12 goals and two assists in just 12 games against usually strong Central League opposition. She did it all as a junior playing her first season on the varsity roster, and finished it off by earning Daily Local News All-Area Girls Soccer Player of the Year honors.

“I think the preparation of being on JV-A definitely helped,” said Klebe. “I have really big shoes to fill. I tried my best this season to be a replacement for what we had last season. I noticed right away the intensity was a lot higher so it was a bit of an adjustment, but it was definitely good for my skills.”

“It was a problem with having too much talent available.” said Conestoga head coach Ben Wilson. “Just to give Abby more playing time, we kept her down a few years, so that when she came up she could just completely take over for those players when they were gone. Luckily that came true.” In the offseason, Klebe runs track, and it shows on the soccer field. Her speed sets her apart as a competitor, and coupled with her talent as a finisher, she’s a force to be reckoned with on the offensive end.

“My speed is a huge strength,” Klebe said. “A lot of the time I’m able to beat defenders just by chasing a ball.”

Her arsenal of skills doesn’t end there. Klebe’s new starting position brought about a sense of leadership.

“Her intensity, speed, and aggressiveness are what makes her stand out as a leader to the rest of the team,” Wilson said. “The way she plays just fires everyone else up to want to press and attack more.”

The camaraderie and competition of soccer meant even more to Klebe this season. Not only did she find great success, but she says it was a crucial outlet after long days of virtual school.

“We’re home all day, doing school trapped in our room,” Klebe said. “Just to get outside and run around with some girls I’m so close to was so much fun.”

Looking ahead, Klebe has ambitious goals for herself and the team, after finishing the season 7-3-1. Due to the Central League’s late start with COVID-19, all members opted out of district and state play.

“We’re going to try to get to states, and hopefully win,” Klebe said. “I think we’re definitely ready. A lot of younger players are coming up from JV-A that I’m really excited to play with.”

Klebe offered some humble words of encouragement to younger players waiting on their own opportunity to finally take the field.

“It’ll come eventually,” Klebe said. “It’s a struggle waiting, but once it comes, it’s all worth the wait,” Klebe said.