Perlman stingy in cage as Strath Haven earns a draw 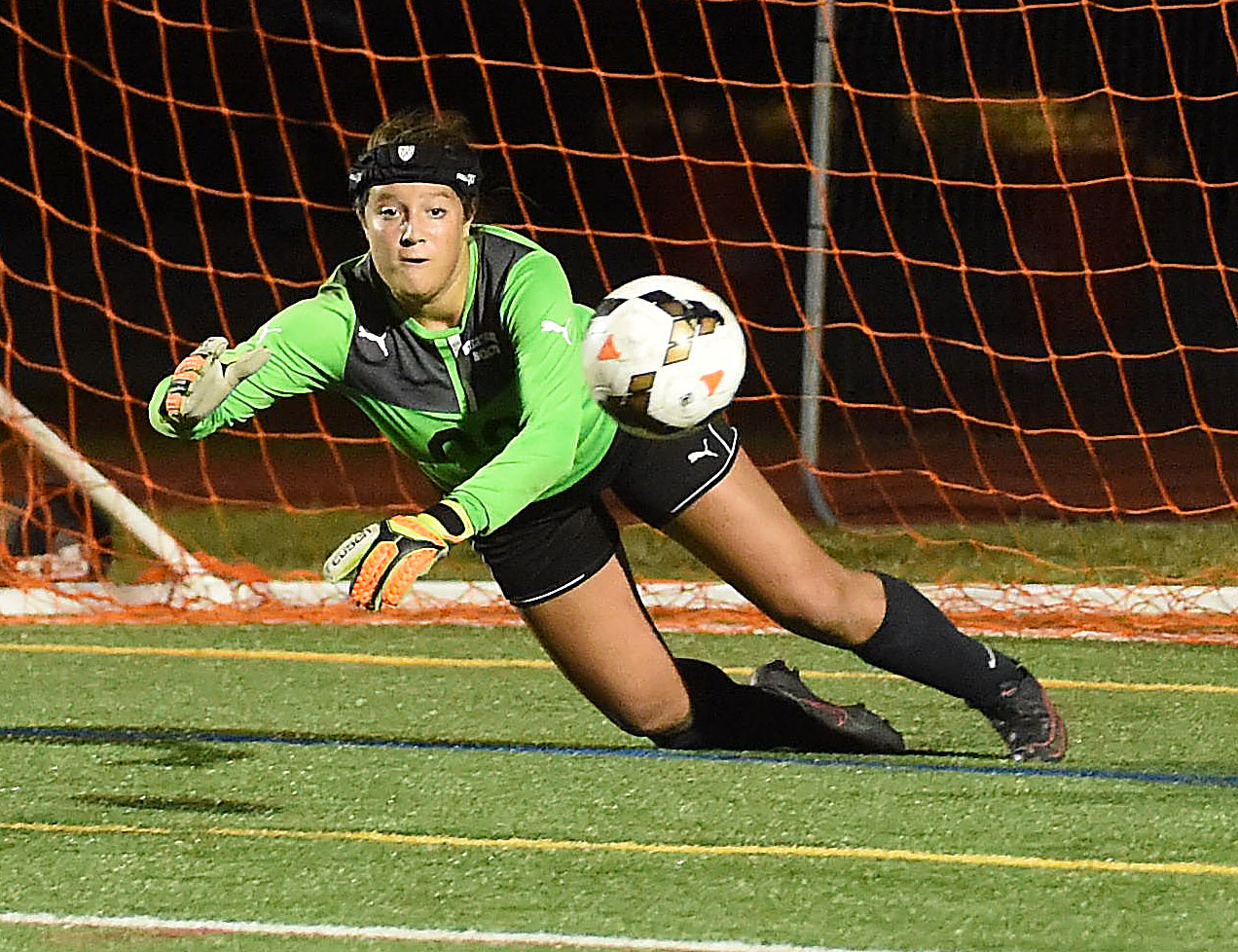 NETHER PROVIDENCE >> As she readied to face Conestoga Thursday night, Strath Haven junior Carly Perlman had a clear objective in mind: Prove she can withstand the heat of the Central League as a starting goalkeeper.

As she walked off George L. King Field, few in attendance would’ve believed that was ever in doubt.

The first-year starter was outstanding, making 14 saves and manning the area with authority as the teams played an enthralling and contentious 1-1 stalemate.

With Haven on the back foot for long stretches, Perlman was the last line of defense. She executed the task with nearly flawless precision.

Chaos then a Carly Perlman save. She had 14 in a PHENOMENAL performance. Final: Strath Haven 1, Conestoga 1 pic.twitter.com/INEGuDxnky

Head coach Gino Miraglia has vacillated between Perlman and talented freshman Claire Wolgast, letting both have a crack at replacing All-Delco three-year starter Katie Fisher. Perlman’s opus provided a compelling argument to grab hold of the No. 1 keeper’s gloves.

“I think coming into this game, I had the mentality that this was my chance to really prove myself,” she said. “I’m either going to shut them out or not let them win, and that’s exactly what happened.”

“It was amazing,” defender Liz DeCarlo said. “I’ve never seen shots like that being saved. It was awesome. It’s a new goalie this year, so we’re getting it together, and she just really pulled it off.”

Conestoga (6-0-2, 4-0-1) undoubtedly owned the better of play, but all they it to show for a deluge of 26 shots was Nia Scott’s goal just before halftime.

The rest was frustration, mostly meted out by Perlman and a pair of crossbar rattlings — courtesy of Madie French in the first half and Caitlin Donovan with 90 seconds to play in the first overtime. The annoyance was aggravated by a pair of Conestoga midfielders, Katelyn Perz and Emily Wertz, who left and did not return with apparent leg injuries in a physical, simmering affair.

The final sequence of the game illustrated Conestoga’s duality of creativity and frustration. Caitlyn Ellerbeck floated a tantalizing free kick from the left wing that found Donovan, the freshman who set up Scott’s goal, at the far post. She largely whiffed on an open header, nodding down into a tangle of legs that culminated with Perlman assertively pouncing on the ball to wind out the clock.

“We put in a lot of effort, and we were there,” Scott said. “We had so many shots. And we just didn’t finish today. But we know we can finish those in other games. Tons of games, we finish all those shots.”

Haven scores! Against the run of play Liz DeCarlo with a stunning curler of a goal. 1-0 Haven. pic.twitter.com/JSGRREpgCN

Perlman’s best save came in the first half, Scott slipping in Donovan one-v-one on the keeper in the left channel and picking the far post, but Perlman splendidly pawed it away at full stretch. She did the same on an Ellerbeck free kick from 20 yards in the second half, and stymied Scott and Donovan in quick succession in overtime. The stops complemented myriad quick-thinking rushes off her line to corral speculative through balls, coordinating adroitly with center backs Nicole McNeely and Kacy Hafertepe.

Perlman describes it as a “zone” she enters. Serving as a spectator between the posts isn’t to her liking, so 20-some shots keeping her on her toes are fine.

“As the game goes on and it gets more emotional, it becomes more of an instinct to me to know what to do,” she said. “All the cheering on the sidelines, everyone talking, I zone it out and I’m in my own mind.”

She got offensive help from a defender, too, with DeCarlo opening the scoring against the run of play in the 25th minute on a superb curling free kick from the wing. The left back eyed a set piece to the mixer at the back post, but her delivery just kept fluttering into the side netting.

“Honestly, that (kick to a teammate) was what I was going for, and I just had a really nice kick,” DeCarlo said. “I placed it on the side netting, so it was a really hard kick for the goalie to stop. I was really nervous in the moment, but I was really, really happy when it all happened.”

Strath Haven (6-1-1, 4-0-1) generated little on offense, with Lizzie King often isolated or unable to find that crucial touch to get free from the Pioneers’ backline. But Perlman ensured the Panthers salvaged the point and preserved the logjam atop the league, something the junior knew she was capable of from that early Donovan shot onward.

Penncrest 0, Haverford 0 >> Miranda Cropper made three saves for the Lions (7-0-2, 3-0-2), but there was no resolution in the other battle of league elites.

Garnet Valley 4, Ridley 0 >> Gia Dragoni, Nicole Barnes, Regan Nealon and Riley Delaney all scored for the Jags, who added to a two-goal margin in the final minutes. Ashley Bufano made two saves, while Ridley’s Olivia Rosado turned aside eight shots.

Radnor 0, Harriton 0 >> Alexa Solomon posted the shutout for the Raiders.