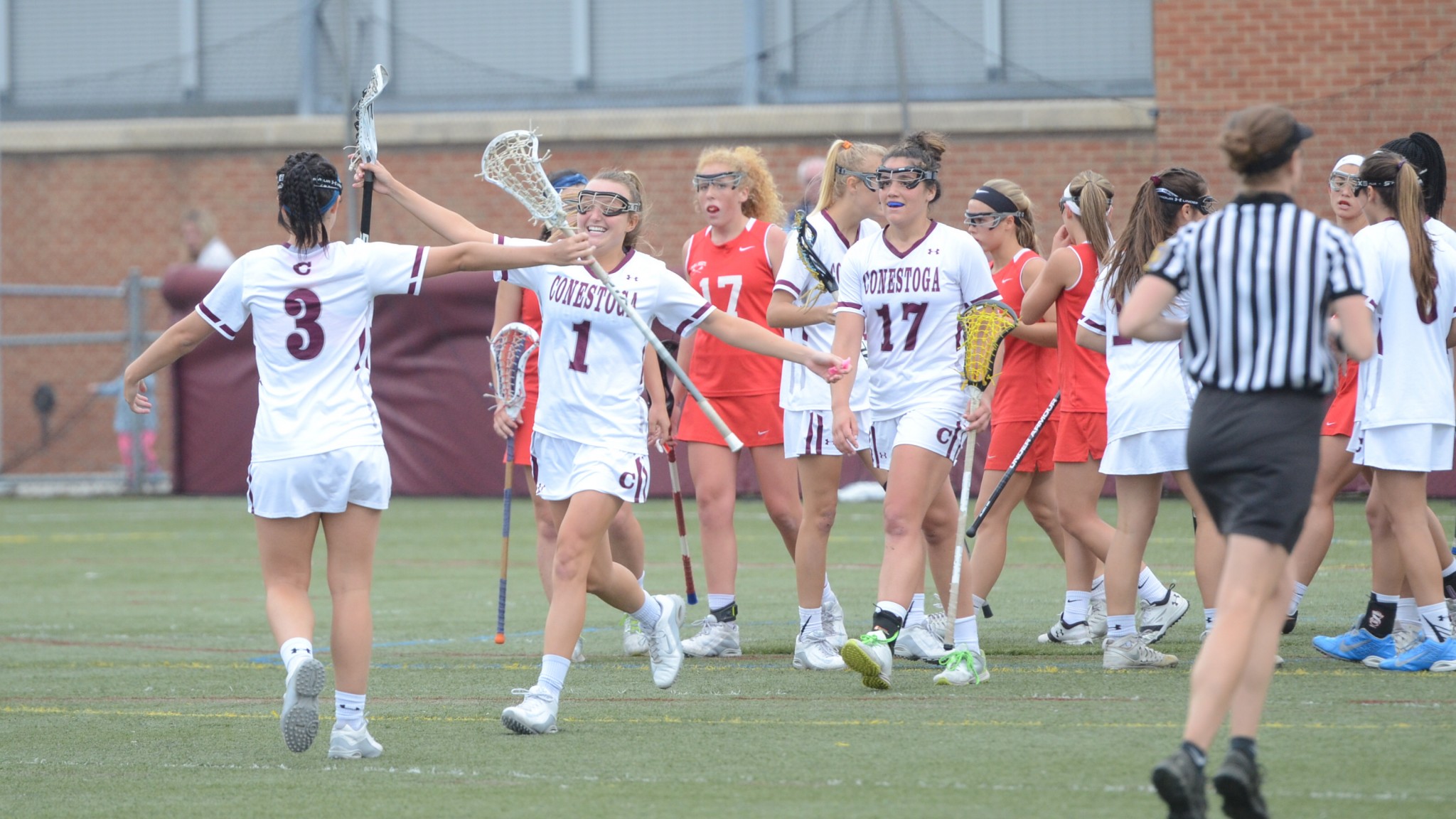 However, there is still one mark that has left to be hit. Tuesday afternoon in the District 1 Class 3A semifinals, the Pioneers inched closer to reaching it.

Scottie Rose Growney led the team with three goals while the defense came up with two critical stops late as Conestoga downed Owen J. Roberts 9-8 to advance to the District 1 championship, marking the first visit to the final for the Pioneers’ vaunted senior class.

“We definitely always have our eyes on states but districts is a big goal for everyone,” Conestoga junior Emma McGillis said.  “It’s definitely a big deal for us and it’s something that we would love to win.”

“I’ve never won districts as a coach,” Conestoga head coach Amy Orcutt said. “These seniors have not been in the district final yet, we’re excited for the opportunity.”

It’s an opportunity gained because of tremendous play from top to bottom, stemming from a 11-6 loss to Archbishop Carroll at the end of the regular season. Since the loss, Conestoga has blitzed through the district playoffs, outscoring opponents 29-11 in their first two wins.

“The last game of the regular season we lost to Carroll, so after that we’ve been practicing a lot harder and with more intensity,” Growney, iced up and recouping from a late-check that sent her down hard to the turf midway through the second half, said. “We have some fire under us that’s fueling us and we want to make it just as far as last year and we know the level that we have to compete at.”

Growney was at the necessary level to compete. So was McGillis, who picked up two late ground balls, the last near her own crease with 30 seconds to play before the Pioneers were able to run out the clock. Dana Cicchiti finished with two goals while Ceara Sweeney also added a pair of tallies, her last the most important: a free position goal that gave the Pioneers a 9-8 lead with 5:29 left.

Conestoga will face Springfield-Delco, a 12-8 winner over Garnet Valley, in the district final Thursday at a time and location (West Chester Henderson or Methacton) to be determined.

For Owen J. Roberts head coach Joe Tornetta, the loss didn’t send them into the district final, but he hopes it will teach his players something extremely valuable entering the playback round and the state playoffs.

“Hopefully they take away that they really belong here,” Tornetta said. “They’re every bit as good as all these other teams that other people brag about. They belong in the bragging conversation at the same time.”

His evidence was discernible.

Anna Dempsey scored a team-best three goals with Maddi Koury and Danika Swech adding two goal-games as the Wildcats went toe-to-toe with the reigning PIAA Champions throughout. First they built a three-goal lead in the opening 20, then clawed back from a two-goal deficit in the second half. They held a one-goal lead following Swech’s second tally with eight minutes left before turnovers in the offensive zone aided in the Pioneers taking, and keeping, the lead.

“We played hard, we played with a lot of heart,” Tornetta said. “Unforced errors in a game like this will cost you and it cost us today. We talk about it all the time and to make more than one unforced error down the stretch, you can’t do that.”

Following Swech’s goal which gave OJR the lead, 8-7, with 8:15 left, the Pioneers took possession after a pass out of bounds by OJR in the offensive zone. Senior Morgan Littlewood made the Wildcats pay, taking a feed from Liz Scott and labeling her shot in the top-right corner to tie it at 8 with six minutes left.

Sweeney then took care of business with a free position try 35 seconds later before a hectic finish, the Pioneers forcing three turnovers near the finish to preserve the win.

“I was scared because we lost one, got it back, then lost it again,” Growney said. “We’re a tough ‘D’, we’re a tough team in general. In situations where we have a minute left and we’re up by one, we’re definitely really strong at holding them and making sure they don’t score.”