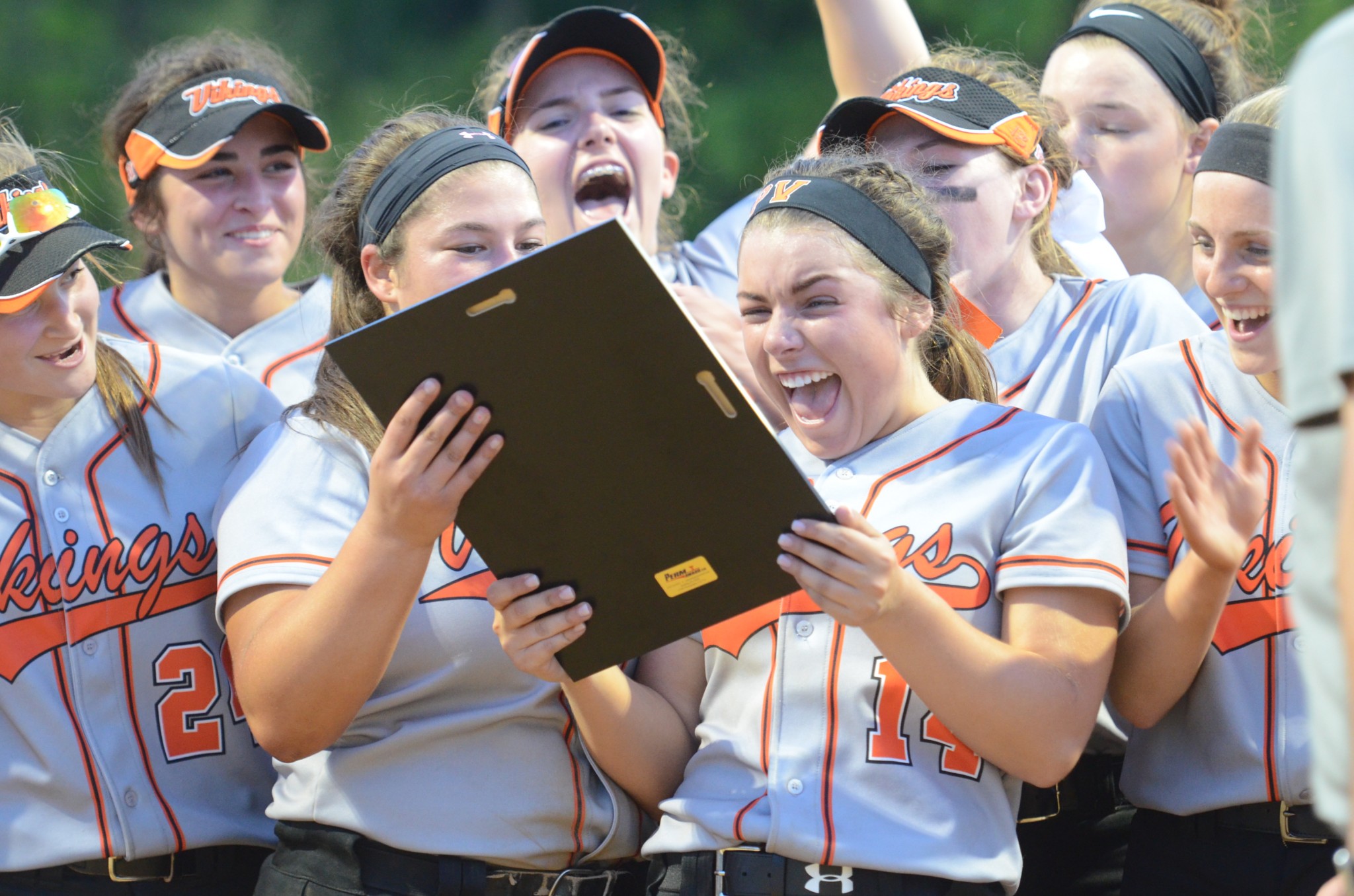 ROYERSFORD >> Abby Wild saw what Taylor Lindsay’s sister did to a change-up the inning prior and she wanted no parts of a repeat: a long, long fly ball that came perilously close to the fence.

So in the seventh inning with a slim lead and with Lindsay at bat, Wild did as she rarely ­— if ever — does. Shake off a change-up call from head coach Dan McLaughlin.

Her veteran savvy paid off as she induced a flyout before setting down the next two batters via strikeout to cap off an indelible PAC Championship performance in which she fanned 14 batters in spinning a one-hit shutout in Perkiomen Valley’s 2-0 victory over Upper Perkiomen Thursday night. “I know a couple of girls that play with Taylor and they all said that she really knows how to recognize a change-up, so I didn’t want to risk it especially with how far her sister hit it an inning before,” Wild said. “It was a long out, but it still made me nervous.”

“Morgan Lindsay hit a drive to left-center on a change-up, so the next inning her sister is up and I called it again,” McLaughlin said. “I told Abby in the dugout, it’s nothing but a long out, they’re strong but if they get in front of it we’re in good shape. Well, she shakes me off so we pitched her a curve and flew out to right.

“Pitching a one-hitter you’re not expecting your pitcher to shake you off, but if she’s not confident in throwing it, I don’t want her throwing it. Instead she’s going to think and not throw the way she is capable of doing. I just laughed when she did it and let her do her thing.” The title is the Vikings’ second in the last three seasons and denies Upper Perkiomen their first PAC title since 1988. PV defeated Spring-Ford two years ago in the final before falling behind 6-0 in the first two innings en route to a 6-2 loss to the Rams last season. This one was special for Wild and fellow senior Gillian Barrie, who have been playing travel ball together since the age of nine.

“It feels really good to get this,” Barrie said. “I feel like we worked a lot harder than we did than last season. We had a lot of talent the past couple of years and this year we had to work differently with people in different positions. Our depth was our strength.”

“It means a lot that we won this, especially since it’s our senior year and we lost last year,” Wild said. “We came in and we really wanted to win this.” Perkiomen Valley’s Sela Fusco slides in ahead of the tag for a double. (Sam Stewart – Digital First Media)

Wild came on in relief in last year’s final, throwing the final four scoreless frames before carrying that momentum throughout the district playoffs where the Vikings captured their first district championship.

Never skipping a beat this year, it was Wild who helped Perkiomen Valley raise the PAC plaque. Her 14 strikeouts pushed her over 200 for the season as she worked efficiently throughout all seven innings, retiring the side in order in five of the innings and striking out the side in the third.

Her effort in the circle also matched her effort at the dish as her RBI single in the fourth inning plated Sela Fusco, who reached on a leadoff double. Courtesy runner Hayley Moriarity made it 2-0 on a wild pitch later in the inning to cushion the lead, important because of the arm of UP’s Taylor Lindsay, who fanned three and scattered nine hits in her complete-game effort. Wild ran into some trouble in the bottom half of the inning when the Indians had runners on first and second with one out. She cruised through the final two batters, getting one to strikeout and the other to pop up to first to end the inning. She then cruised the rest of the way, a fly-out to left-center in the sixth that was tracked down by Alex Vullings in center and a flyout to right in the seventh were the only hits she allowed to reach the outfield.

After calling off McLaughlin, who announced his pending retirement at the end of the season, Wild got the flyout she was looking for before clearing the bench with two straight strikeouts.

The last one on a changeup.