Boylan’s move to midfield paid off for CB West 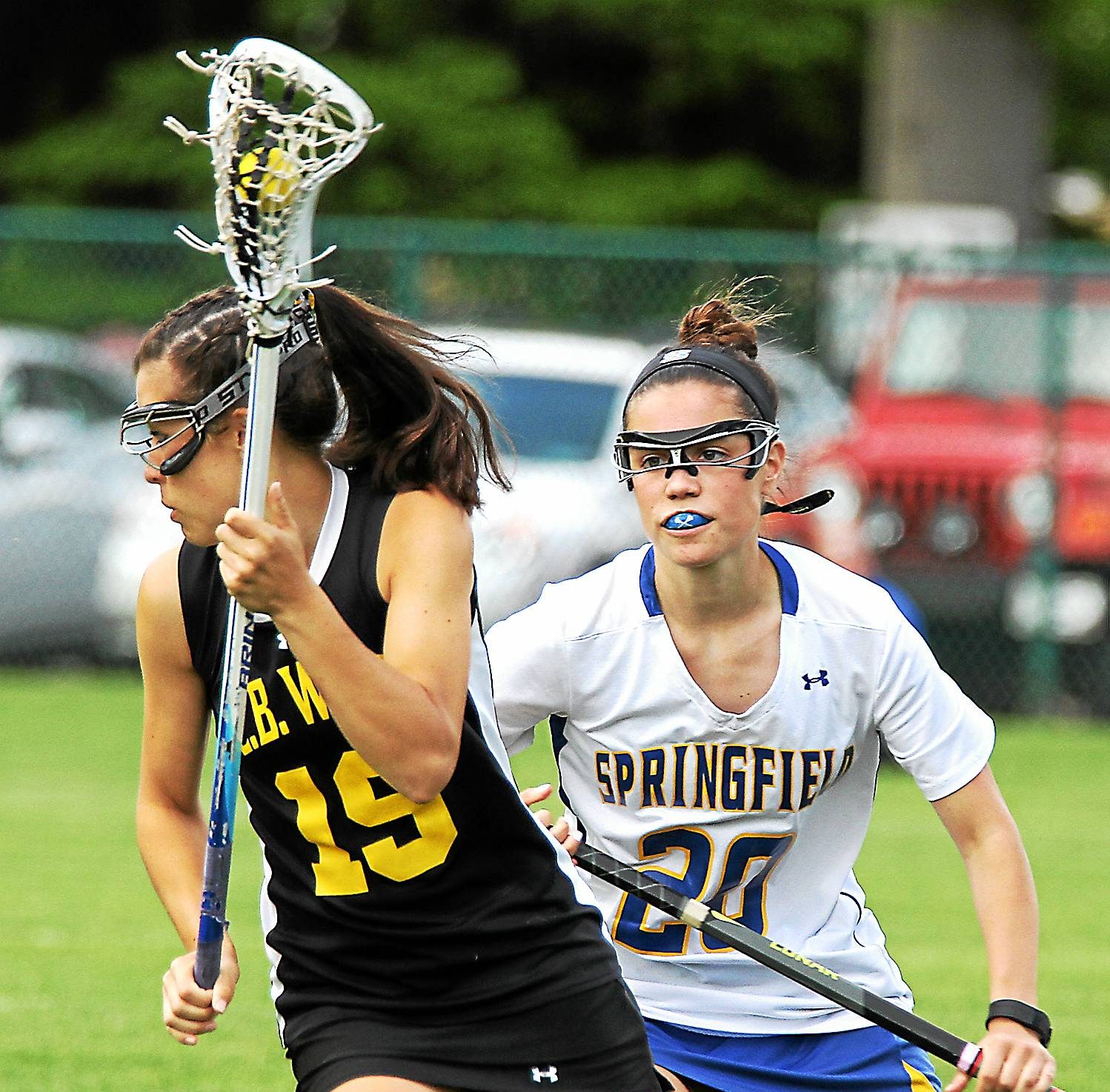 Bryn Boylan was confident her move to the midfield was going to work out.

“I feel like as a younger player, I was more (of a) fit for the attacking position. “This year, I felt like midfield is kind of my place,” she said.

Taking over a host of other responsibilities other than scoring with the position switch, the two-sport standout and 2016 The Reporter Girls Lacrosse Athlete of the Year excelled, filling up the stat sheet to help Central Bucks West reach the District 1 quarterfinals, a run that included an upset win over second-seeded Springfield-Delco in the second round.

“Often times people get so caught up with goals and stats and forget all the little things and teamwork that helped contribute to a goal,” Bucks coach Tara Schmucker said. “As I have said before, Bryn is one of those go-to-players for goals, but she also does all those little things to help her team/teammates and that should be celebrated even more.”

Boylan paced CB West in goals and assists and made the All-Suburban One League National Conference First team for the third straight season as the Bucks took second in the conference and finished the year 16-7, a two-win improvement over 2015 and their most victories since the 16 in 2007.

“I felt I definitely made an improvement from freshman year to sophomore year to junior year,” Boylan said. “Hopefully senior year.”

Boylan, who is all a two-time all-conference first team pick in field hockey and verbally committed to play that sport at North Carolina, finished the 2016 lacrosse season with 50 goals, eclipsing the 100 career goal mark in the win over Central Bucks East April 4. She also handed out 21 assists.

“She has been our leading assister these past two years so although her shot is well-placed and powerful, she is selfless as well,” Schmucker said.

Boylan was also big for Central Bucks West in the things that ended up creating those goal-scoring opportunities, pacing the squad in ground balls (114), draws (81) and caused turnovers (30).

“Little things are the key in possession,” Boylan said. “Coach really emphasizes getting the 50/50 balls. We try to win those every time.”

Boylan scored three times in the 12-11 overtime victory over CB East, the start of a five-game win streak that sent the Bucks out to a 6-2 record in their opening eight games. She tallied two goals and three assists as West rolled past North Penn 12-3 April 14 then found the back of the next four times as West topped Pennridge 16-4 five days later.

The win streak was snapped with back-to-back losses, but Central Bucks West rebounded by winning their next six and seven of its final eight.

Boylan helped the Bucks get back on the track against Southern Lehigh April 25, scoring four times in the 14-4 win. The next day, she put together a three-goal, four-assist effort in the 19-3 rout of Quakertown.

The junior midfielder was a force in the Bucks’ home contest against Souderton May 3, as Boylan erupted for six goals while forcing four turnovers, collecting eight ground balls and making five draw controls in the 13-3 victory over the Indians.

“She brings a level of consistency and intensity to all games and that is why she is such a player as well,” Schmucker said. “As a captain she was a team leader and has helped our team and program gain a confidence and mindset that we have not had in the past.”

Even in the Bucks’ lone loss in their final eight regular season games – 9-8 to SOL American champion Plymouth Whitemarsh – Boylan was tough to stop. She scored four times, dished out a pair of assists and had eight ground balls, six draw controls and three caused turnovers.

Boylan chipped in three goals and two assists in the 16-1 win over Neshaminy to head into the district playoffs on a positive note. The Bucks 13-5 record earned them the 15th seed. Hosting No. 18 Perkiomen Valley in the first round, Boylan finished with four goals, two assists, six ground balls and eight draw controls as CB West scored the last four goals of the first half and the first four after halftime en route to a 18-7 victory.

After falling the second round the previous two seasons, the Bucks finally broke through to the quarters by knocking off second-seeded Springfield-Delco 7-3.

“It was huge for us,” said Boylan of the win. “It was a great experience. I think us having that confidence in each other and we can go out and play those kind of games, that really helped us.”

Central Bucks West fell to Bishop Shanahan in the quarter, but kept its PIAA hopes alive with an 11-10 overtime win over Merion Mercy in playbacks. The West season, however, ended in the fifth place game – a 16-4 defeat to Conestoga – but with six other all-SOL National selections returning, Boylan sees big things for Bucks girls lacrosse in the future.

“I’m really proud of our team this year. And I’m excited to see where the program will go in the next couple years,” Boylan said.