Loss does not detract from Radnor’s family feeling 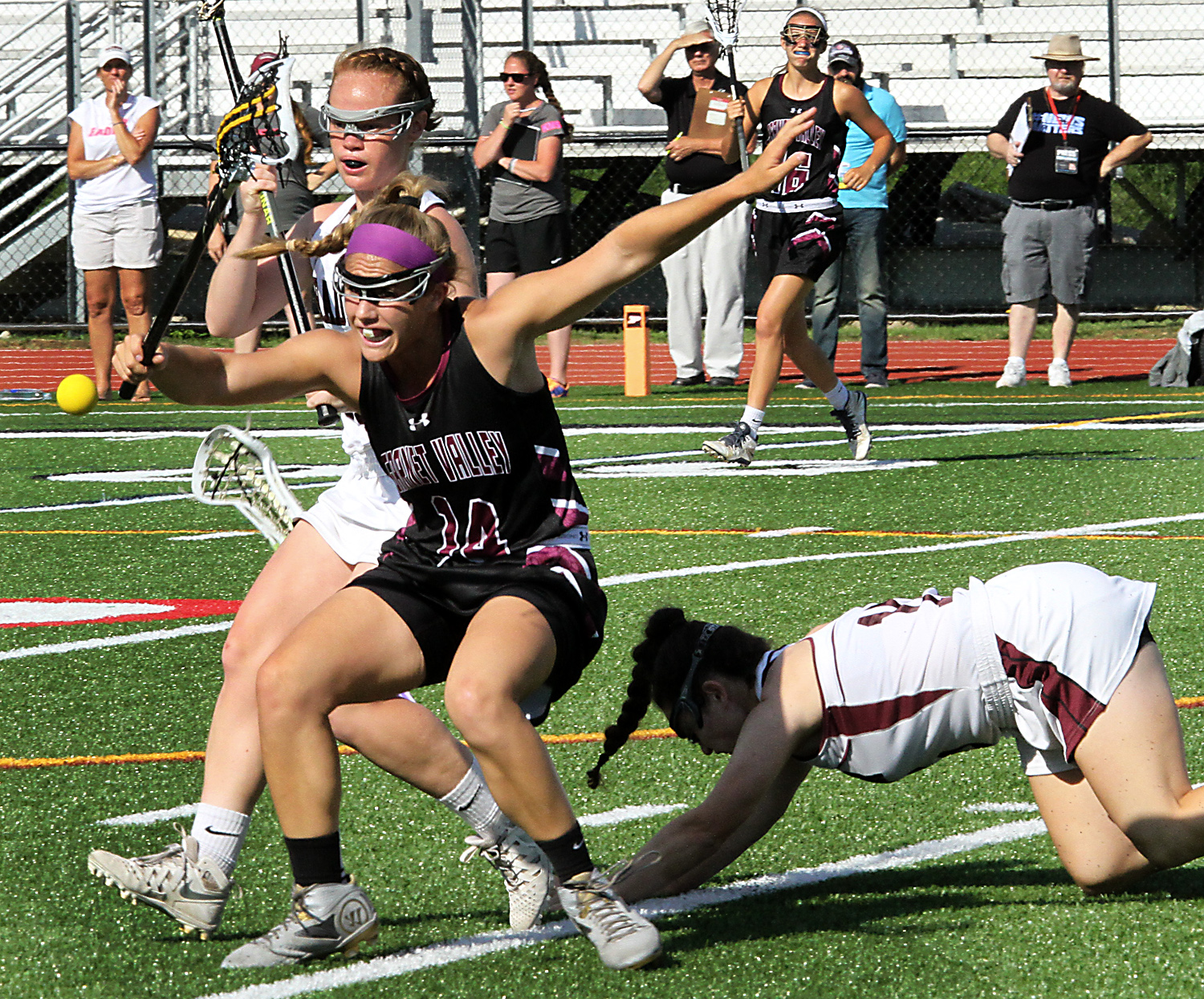 WEST GOSHEN >> After an improbable and stirring come-from-behind victory against two-time defending state champion Garnet Valley in the PIAA girls lacrosse state semifinals Tuesday, Radnor was looking for a repeat against favored Conestoga in the state tournament championship game Saturday. Instead, Radnor’s 18-7 loss to the Pioneers left the Raiders’ valiant postseason run to finish with a bittersweet ending.

The Raiders were the only team to beat Conestoga this year, defeating the Pioneers 10-8 in the District One quarterfinals on the way to capturing the district championship.

As the Radnor players lined up on the sidelines at West Chester East Saturday to receive their PIAA state runners-up medals, some of them were fighting back tears, but holding their heads high.

The loss was particularly tough to take for the Radnor seniors.

“We worked so hard to get here,” Radnor senior midfielder/defender and co-captain Abby Lord said. “I’m definitely upset, I wish the (final) score had been closer, but you try to focus on the positives for the season. It took so much heart and dedication to get here.”

Radnor had finished fifth in the Central League during the regular season, and was the No. 9 seed in the District One tournament. But the Raiders knocked off the Nos. 1, 4 and 6 seeds on the way to capturing their first district title since 2012.

Then, in the state semifinals last Tuesday, Radnor fell behind the defending state champion Jaguars 8-2 with 10:54 left in the first half. But the resilient Raiders kept chipping away at that lead, and with Lord helping the cause by controlling five of eight draws in the second half, came back to defeat Garnet Valley, 10-9, to advance to the state championship game against Conestoga.

“Our team was like a family, and we’ve been wearing T-shirts that say on the back, ‘Family is not always blood,’” Lord said. “When we play together, we’re unstoppable.”
Radnor senior co-captain Katie Quinn, whose goal early in the game had forged a 2-2 tie, pointed to the state runner-up trophy and said, “This season wasn’t about just one game. I’m so proud of our team. Mentally, this was such a hard game, and we knew all about Conestoga coming into this game. But, our team is such a (close-knit) family.”