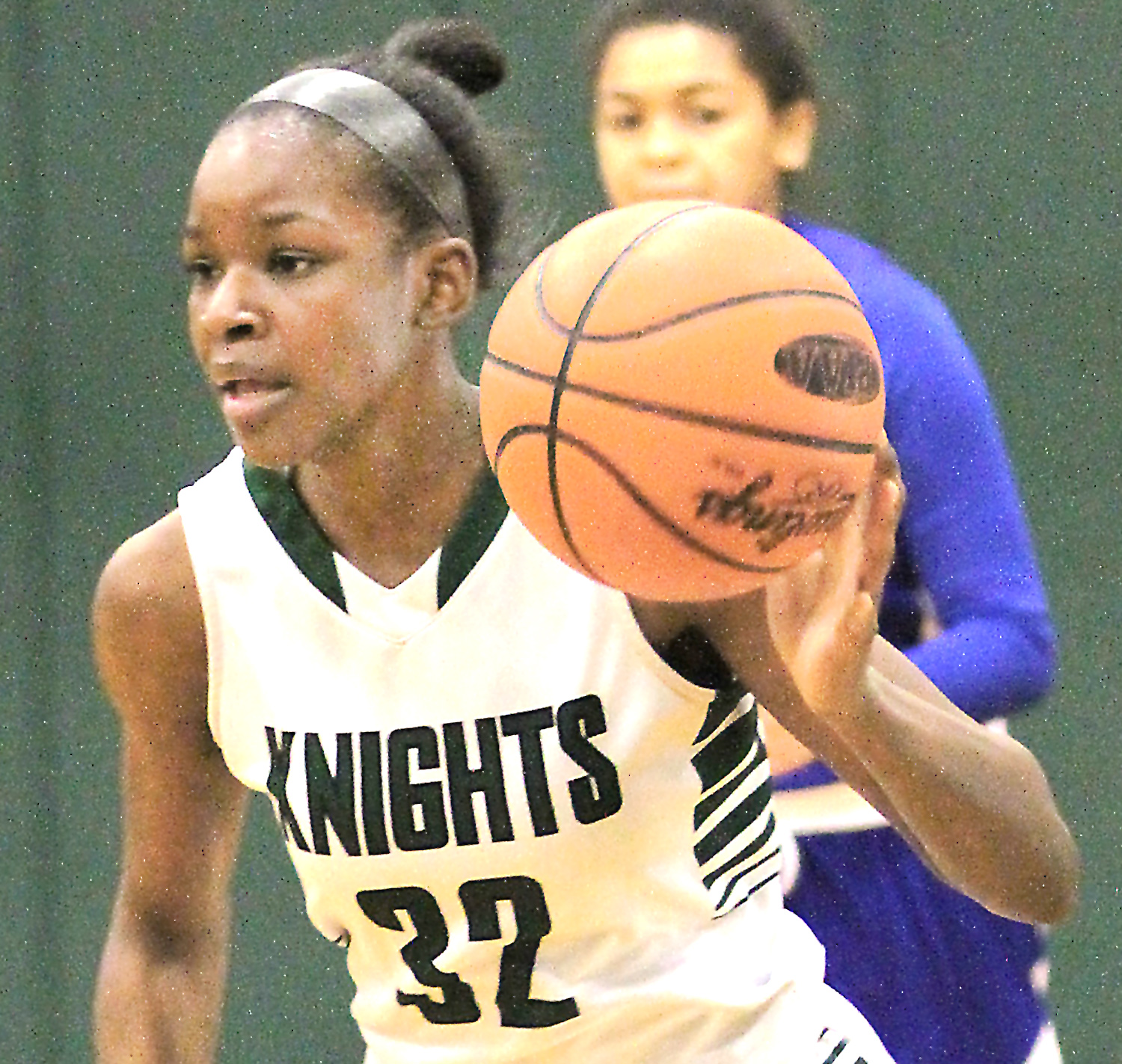 The Knights, an underdog against one of the best teams in PIAA Class A,  had to catch their breath and regroup. They were wobbling, but far from knocked out.

“We knew that if it became a half-court game, we were done,” Weaver said.

DC’s defense accepted the challenge. Over the course of four quarters, the Knights forced the Falcons into 21 turnovers. They clawed back and eventually grabbed a two-point lead in the second period and tied the score three times in the second half.

Some would say the Knights had no business making this a game … but they did. While they eventually fell, 49-42, the Knights (7-5) showed that they can play with the best in the state.

It’s the sort of press the Knights had been looking for all season.

“We played hard and played 110 percent, so that’s a positive,” said senior guard Siani McNeil, a West Chester commit who scored 16 of her team-high 20 points in the first half.

“I think we gained the respect of everyone else,” Weaver added. “Maybe they came into the game and thought we were going to be pushovers. We got down 10 points and the girls fought back; I’m proud of the way they battled.”

Strong defense by guards Alex Thompson (eight points, four steals), Emma Ellsworth (five assists) and Claudia Norton (three steals) kept the Knights from completely falling apart when they trailed, 10-0. They rattled off 22 of the next 32 points and were down two points at intermission.

“As coach said, it’s the best execution game we have ever played,” Thompson said. “We followed the game plan and gave a good turnout, but it wasn’t good enough.”

McNeil had a stellar first half. She hit a fading jumper late in the second quarter to give the Knights their only lead of

the game, and finished 7-for-19 from the floor with eight rebounds, three steals and two blocked shots.

The last thing McNeil ever wants to do is pat herself on the back, but the reality is she is the engine that drives her team.

“It’s a team effort in general,” she said. “It’s not just one person and we all work together to play our best.”

Thompson said it best: “We look to get her the ball a lot because we can always count on her.”

McNeil was sidelined for three minutes in the fourth quarter with leg cramps. Weaver devised a strategy to hold onto the ball — the Knights trailed by two at this juncture — and wait for the perfect shot. That opportunity never materialized, even after McNeil subbed back in with two and change to play. After Phil-Mont’s Savannah Rennix came up with a steal with less than a minute to go, the Knights needed four fouls to get into the penalty. Eventually Kayla Griffin went to the charity stripe, made her first freebie and missed the second. Green (26 points, 16 rebounds, three blocks) was there to clean up a putback to extend the Falcons’ lead to five points.

For the Knights, it was the dagger.

“By and large, Goodman (13 points) didn’t hurt us too bad, but Green hurt us a little bit,” Weaver said. “We’re moving toward getting better and the little things are going to make the difference between us winning and losing.”