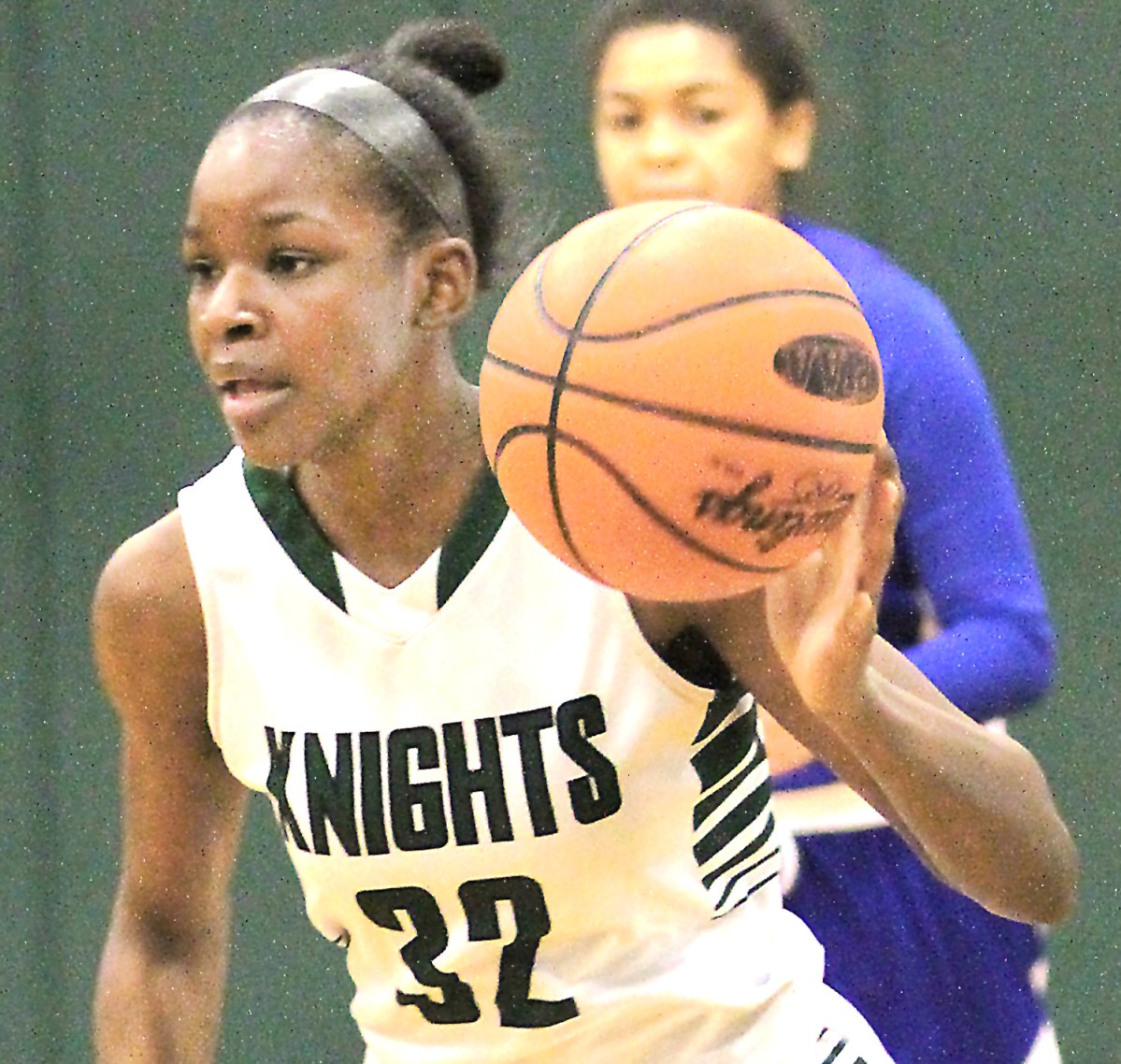 NEWTOWN SQUARE >> Delco Christian senior guard Siani McNeil was hoping to save her biggest moment for the final home game of the regular season.

“That was the plan,” she said.

McNeil, the reigning Bicentennial League player of the year, entered the week 18 points shy of 1,000. She had 17 points at New Hope-Solebury Tuesday night, so McNeil was sitting on 999 as the Knights hosted MaST Charter Thursday. She reached the milestone early in the first quarter with a long jump shot from just inside the arc.

McNeil became the seventh player in DC girls basketball history to score her 1,000th point. The last to do it was McNeil’s former teammate, Stacey MacArthur, in 2012.

“It’s an honor to be on the banner with those other great players,” she said. “It was a thought in the back of my mind but I didn’t really focus on it until this year.”

It never gets old for longtime DC coach Mark Weaver, who believes McNeil has only scratched the surface on her potential.

“That’s what is great about coaching is you really get to appreciate the uniqueness of each player,” Weaver said. “With Siani, she’s a young senior and the sky’s the limit. These last three years, especially, there’s been tremendous growth.”

McNeil, who joined the AAU Comets prior to her senior season, will play at West Chester next year. She has guided the Knights to 10 straight wins as they gear up for the District One Class A tournament. It’s possible the Knights earn the top seed.

Chester 44, Chichester 39 >> The Clippers celebrated their first win of the season as Shod’deah Kelly and Cherokee Burton led the way with 12 points apiece. Lauren Carrafa paced the Eagles with 20.

Gina McNamee’s made four 3s and finished with a game-high 17 points in the Bucs’ season finale.