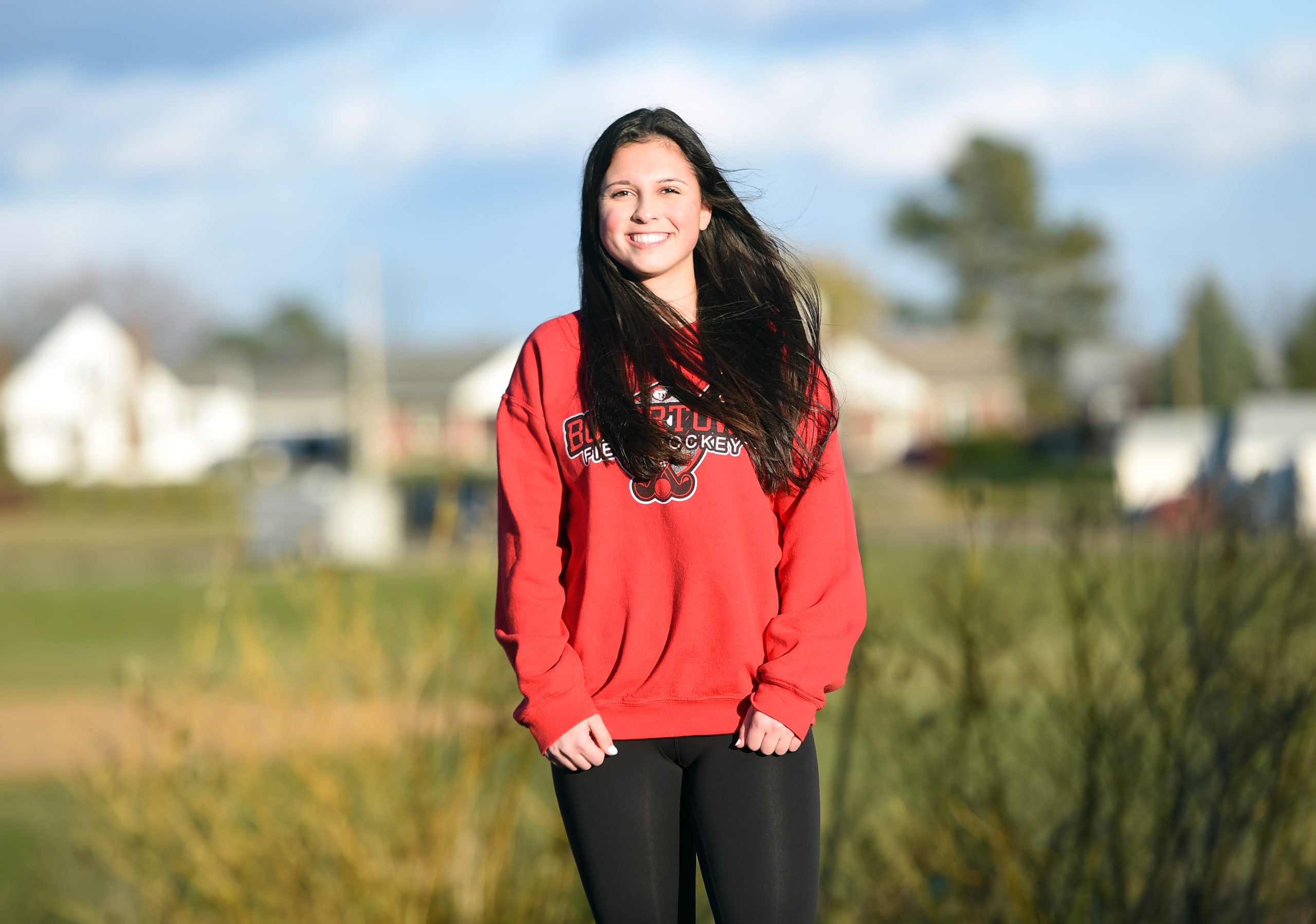 With her father Joseph a teacher at Upper Perkiomen — the host site of the Pioneer Athletic Conference field hockey playoffs — Katelyn Dulin was a frequent attendee of the league’s biggest night of the season.

Despite Boyertown’s consistent absence from the PAC postseason, Dulin grew up dreaming of leading her own Bears team there some day.

This season the dream felt within reach, even if some in her household weren’t quite believers.

“At the beginning of the season, my dad always asks me, ‘What are your goals for this year?’ And I was like, ‘Well I want to play in the PAC championship,’” Dulin said. “He said, “Katelyn, you know you have to be realistic,’ and I said, ‘I’m serious, Dad.’ Then when we did do it I was like, ‘This is insane.’”

Boyertown, which went 4-13 in Dulin’s freshman campaign, broke a nearly two-decade absence from the PAC Final Four and went one game better to the league title game.

The Bears’ PAC postseason appearances along with a District 1 playoff win were part of a turnaround at Boyertown spearheaded by Dulin — the 2021 Mercury Player of the Year.

“I think it was amazing,” Dulin said. “I don’t even have words to describe. … We kept getting better each game and it paid off.”

Without a youth program in the Boyertown area growing up, Dulin’s field hockey career began in the Upper Perk youth leagues where her love for the game began.

She started playing at the club level by age 10 — a baseball pitchback in the backyard a constant practice partner.

Boyertown coach Alicia Terrizzi coached against Dulin at the middle school level when Terrizzi was at West and Dulin at East.

“Why are we letting this girl hit the ball down the field? Someone, anyone get on her,” Terrizzi recalled of her first impressions of the future varsity standout.

Terrizzi returned for her second stint as varsity head coach this offseason after spending last year as an assistant, and she was pleasantly surprised to find out the Bears’ star had two years left with the program.

Dulin, a first team All-Area and All-PAC selection in 2020, had an even better junior campaign. She was among the PAC Liberty leaders with 11 goals and 14 assists.

“I think I am very aggressive, and I’m really tough-minded,” Dulin said. “I always try to get better at my skills. I just come to the game with a lot of physical ability and I can see the field really well so I like to pass the ball and feed balls to my teammates.”

Last season, Dulin began to draw more attention from opposing defenses, often being marked by other teams’ best players and/or being double and triple teamed.

The growth in Dulin’s game, according to Terrizzi, stemmed from how she handled that pressure.

“I think last year it was a little frustrating at times, which it would be for anyone,” Terrizzi said. “This year she really handled that pressure well.”

Dulin played all over the field in 2021 as Terrizzi experimented with lineups early on before finding Dulin’s fit at right wing, which altered the course of the team’s season.

The playoff stage where Dulin once dreamed of is where she really shined.

In her PAC postseason debut — a 2-1 overtime win over Methacton — she scored the game tying goal with five minutes to go before assisting teammate Remi Lloyd on the game-winner in overtime.

“The ball was on the sideline and I was like, ‘I gotta keep going,’ and Remi was at the top and she put it in,” Dulin said after that game. “It was amazing.”

Dulin left the game late in regulation with lower leg injuries she dealt with throughout the season, but moments later, she was dribbling down the field with a host of defenders chasing before finding Lloyd for the game-winner.

“I was like, ‘How did she do that?’” Terrizzi said. “I cannot imagine what her play would have been like the last third of the season if she wasn’t struggling with her legs.

“You have to give her a lot of credit because she was in a lot of pain, the trainers were working with her on a daily basis, and she sucked it up to play and be out there.”

The semifinal win gave Boyertown a shot at its first title since 2003, but the Bears were downed by three-time champion Upper Perkiomen.

Boyertown, who broke a lengthy district postseason absence as well, rebounded with a 2-0 win over Owen J. Roberts in the District 1-3A first round before a 3-2 overtime loss to Kennett concluded Boyertown’s memorable run. Dulin scored or assisted (three goals, four assists) on all seven goals during the postseason push.

The special season nearly didn’t happen when Dulin, a Michigan State commit and Top 50 recruit in the Class of 2023, thought of transferring to one of the area’s prep schools before her sophomore season.

Instead, Dulin decided to stay at Boyertown — a decision rewarded with the success of herself and her team this season.

“We looked into it, and I was just like, ‘I don’t want to leave my high school and my friends,’” Dulin said. “Playing for your high school I think is big. … It never panned out, which I’m so happy and fortunate that it didn’t.”

“It’s been amazing,” Dulin said of the team’s accomplishments. “Ever since my freshman year, the seniors were sophomores, Jasmine (Fink), Alyx (Morgan), Remi (Lloyd) and Lauren (Eves). They’ve been there for me since I was a freshman, and I think to have the season that we did this year is really special.”

The Bears graduate a talented senior class, but Dulin has high hopes the best has yet to come for her Boyertown career.

“It’s not over,” Dulin said. “We’ve got another year next year. I’m super stoked for that. I can’t wait to see what the Boyertown Bears accomplish next year. I’m already looking forward to next fall.”

“This year, we were on the porch, knocking at the door,” she added. “Next year, I think we’re going to be blowing through that door and go farther than we did this year, and I’m really excited.”