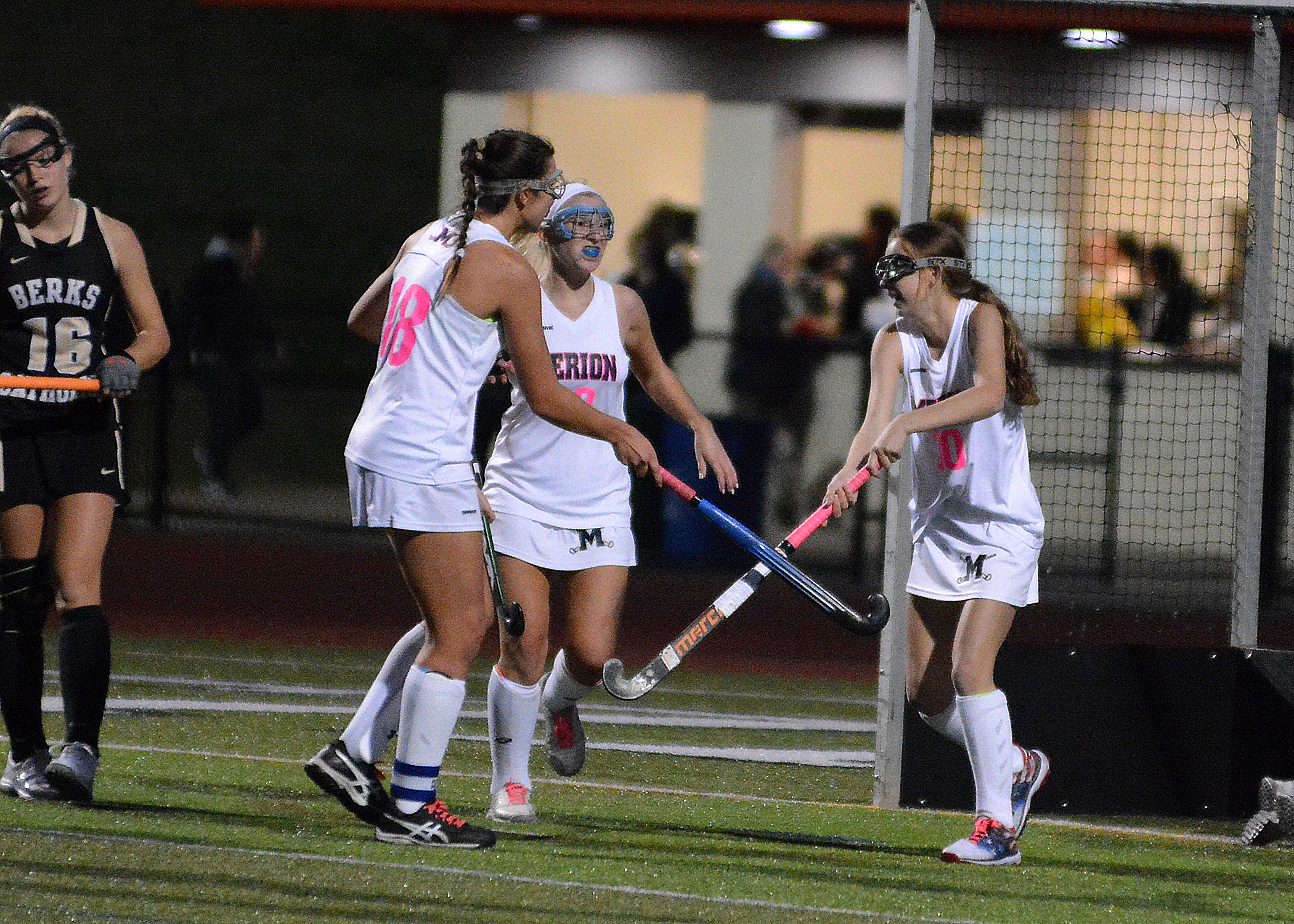 EAGLEVILLE—The District 1 Class 2A champion, Merion Mercy, showed no signs of slowing down in its opening round game of the PIAA field hockey tourney Tuesday afternoon at Methacton High School. The Golden Bears advance to Saturday’s quarterfinal win with a convincing 4-0 shutout of Berks Catholic.

Coming up in the quarterfinals, at a site and time to be determined, is a very familiar foe—the Villa Maria Hurricanes. The Hurricanes were a 3-2 winner over East Penssboro in their state opener. It will be the fourth time the teams will meet this season, with Merion Mercy taking all three so far, the last coming in overtime in district semi-finals.

“I think we play in one of the toughest area for field hockey in the nation,” said Bears’ coach Gretta Ehret. “Every team we play is loaded with girls going on to play collegiately. It is always a challenge, but it leaves us very well prepared for this time of year.”

Led by Emily Houk, who had a pair of goals on the afternoon, the Golden Bears score two first half goals, and another two in the second. Also scoring for the Bears were Tori Natale and Alyssa Oreskovich.

“Our district championship game was a real nailbiter, going to overtime and winning with no time on the clock,” said Houk. “So we were all really excited to come out and play the way we did today. We know what we are capable of doing now, and are looking forward to seeing how far we can go.”

While the offense clicked, the Golden Bears defense was

about as tough as you could want, with goalie Kristen Rake barely even tested. Berks Catholic only forced two corners all game—compared to 10 for the Bears–and Rake was called upon to make just two saves.

“We did a really nice job connecting throughout the field,” said Ehret. “There were a lot of great passing sequences up and down the field, and the girls really moved on and off the ball really well. That isn’t always easy to do coming off a long, tough game like we had in the district final.”