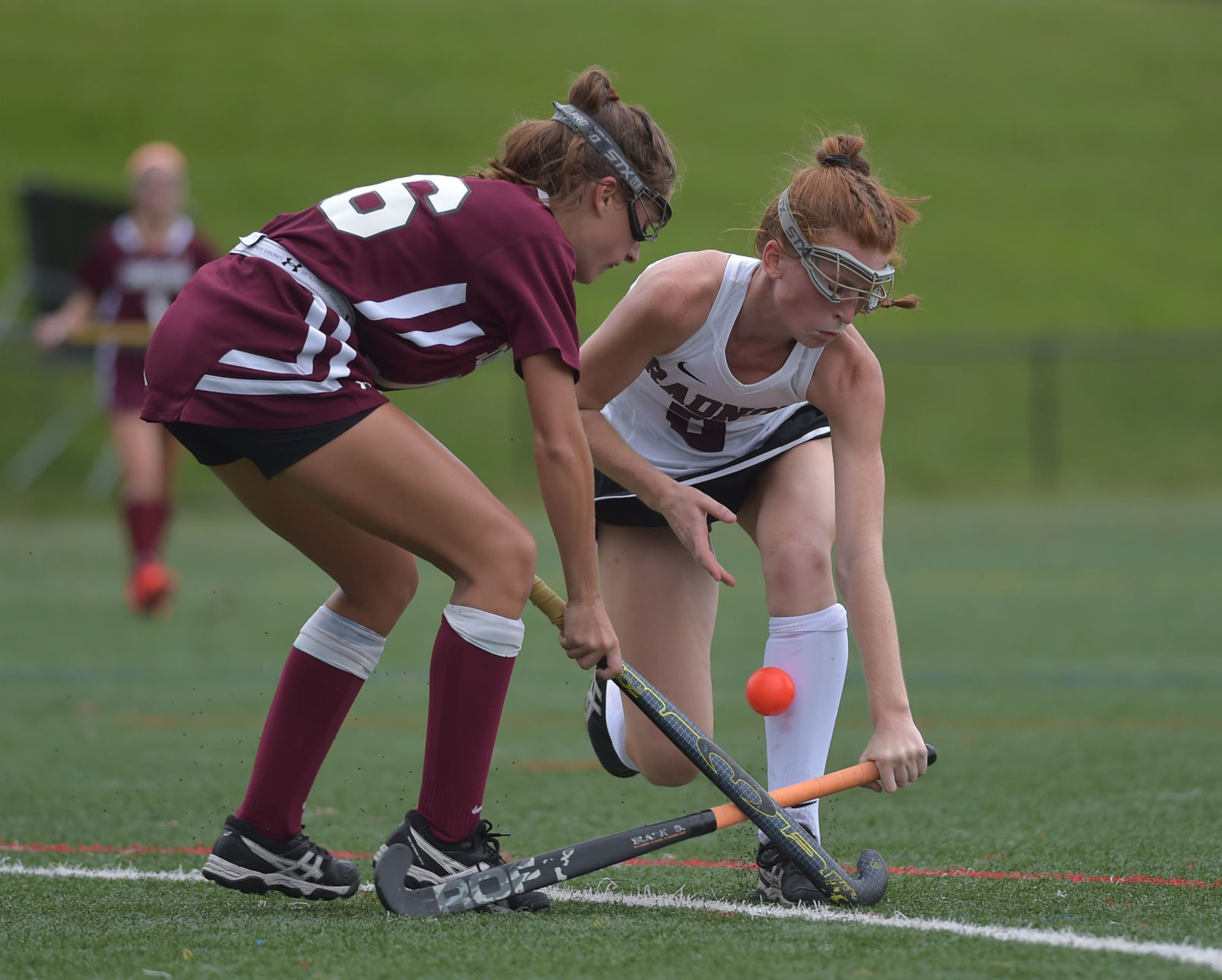 In addition to Player of the Year Lauren Curran from Notre Dame, the All-Delco field hockey team includes:

Sydney Corcoran, Haverford: Old Dominion is getting a good one. Corcoran’s play in midfield was critical to Haverford’s success. The Fords went 10-1 in the Central League for the third year in a row and finished 16-2-1 overall. The only league loss was a 2-0 setback to Conestoga. Defense was Haverford’s forte, and Corcoran’s ability to transition from defense to offense and back was integral to that. She finished the season with six goals and two assists.

Keri Daly, Archbishop Carroll: The Catholic League’s pipeline to Saint Joseph’s continued when Daly committed to the Hawks in October. The senior midfielder/defender was the driving force behind Carroll’s run to the Catholic League title and its first District 12 Class 2A title since 2015. Daly, the MVP of the Catholic League, scored the winning goal in a 3-2 triumph over Merion Mercy in the first round of the PIAA tournament. She finished the season with nine goals and 14 assists.

Olivia DeCain, Radnor: DeCain was one of several juniors who were key to Radnor’s success. A three-year starter, she was the backbone of the defense, which earned her team MVP honors. One of her strengths, according to head coach Katie Maguire, is her ability to break down her steps and calmly come away with the ball. DeCain has committed to play at Richmond.

Lauren Devletian, Episcopal Academy: The Darthmouth-bound senior back and two-time All-Delco was the backbone of the defense. She made 18 defensive saves, including three in a 1-0 win over Notre Dame in the PAISAA semifinals, to guide the Churchwomen (15-2-2) to their first independent schools title since 2015 and third in the last five years via a thrilling shootout victory over Germantown Academy in the final. Devletian earned first-team All-Inter-Ac League honors and helped EA finish No. 21 in the Maxfieldhockey.com national rankings.

Carly Gannon, Haverford: It wasn’t numbers that made Gannon so valuable to the Fords. It was her intensity. Coach Christa Taylor said she has never seen a player with such drive, and a third straight 10-1 season in the league and a 16-2-1 mark overall was the result. The senior forward played at the bottom of Haverford’s diamond formation and was the flyer on corners. Gannon scored four goals and had five assists. She will continue her field hockey career at Penn State.

Caroline Kelly, Episcopal Academy: Head coach Gina Buggy called the senior goalkeeper “the unsung hero” of EA’s drive to the PAISAA title. She stopped four of the five shots she faced as the Churchwomen topped Germantown Academy in a shootout, 2-1, to win the title. Kelly made 143 saves and posted a save percentage of 89, among the best in the area according to philafieldhockey.com. She helped her team take second in the National Futures U19 championships last June in Lancaster and went on to earn first-team All-Inter-Ac honors this season. Kelly, who will attend Boston University, also plays on the coed ice hockey team at Episcopal.

Mia Leonhardt, Notre Dame: Leonhardt followed up a strong sophomore season with an equally impressive junior campaign. The two-time All-Delco and All-Inter-Ac selection scored 20 goals and handed out 23 assists from her midfield position for a team that went 18-3-1 against one of the toughest schedules around, was ranked No. 1 in the nation for three weeks by Maxfieldhockey.com and finished No. 23 in the final poll. She has committed to play at North Carolina, which won its seventh NCAA Division I championship this month.

Page Lowry, Radnor: The Raiders have had more than their share of good players over the years, but none scored more goals in a season than Lowry. The two-year captain set the program record with 32 tallies to earn first-team All-Central League honors and help Radnor finish the regular season on a 14-game winning streak and earn the No. 1 seed in the District 1 Class 2A tournament. She will play collegiately at Fairfield.

Gianna Pantaleo, Episcopal Academy: It was easy to see why Buggy saved Pantaleo and Maddie Rehak as her final two options in the shootout that produced the PAISAA title with a win over Germantown Academy. Pantaleo converted her try to tie the game. She also had the winning goal as EA handed Notre Dame its first loss of the regular season. For the year, the senior forward and two-time All-Delco finished with 17 goals and 13 assists. Pantaleo will be joining Kelly at Boston University.

Maddie Rehak, Episcopal Academy: Rehak and Pantaleo formed one of the strongest attacks in the county for the second year in a row. Rehak had the winning goal as EA topped Germantown Academy in a shootout, 2-1, to win the PAISAA title in a thriller at Bryn Mawr College that was tied, 3-3, after two overtime periods. The Bucknell-bound senior and two-time All-Delco selection led the Churchwomen in goals (23) and was named team MVP.

Jessica Schneider, Notre Dame: Most people may recognize the name from track where she earned All-Delco honors last spring as one of the top middle distance runners in the county. Schneider is quite proficient in field hockey, too. She stepped in and helped fill the void left by the graduation of All-Delco midfielders Tina D’Anjolell and Sara Jane Quigley. Schneider teamed with Leonhardt and Emily Graeff to form a strong midfield for the Irish. She finished the season with eight goals and 13 assists.