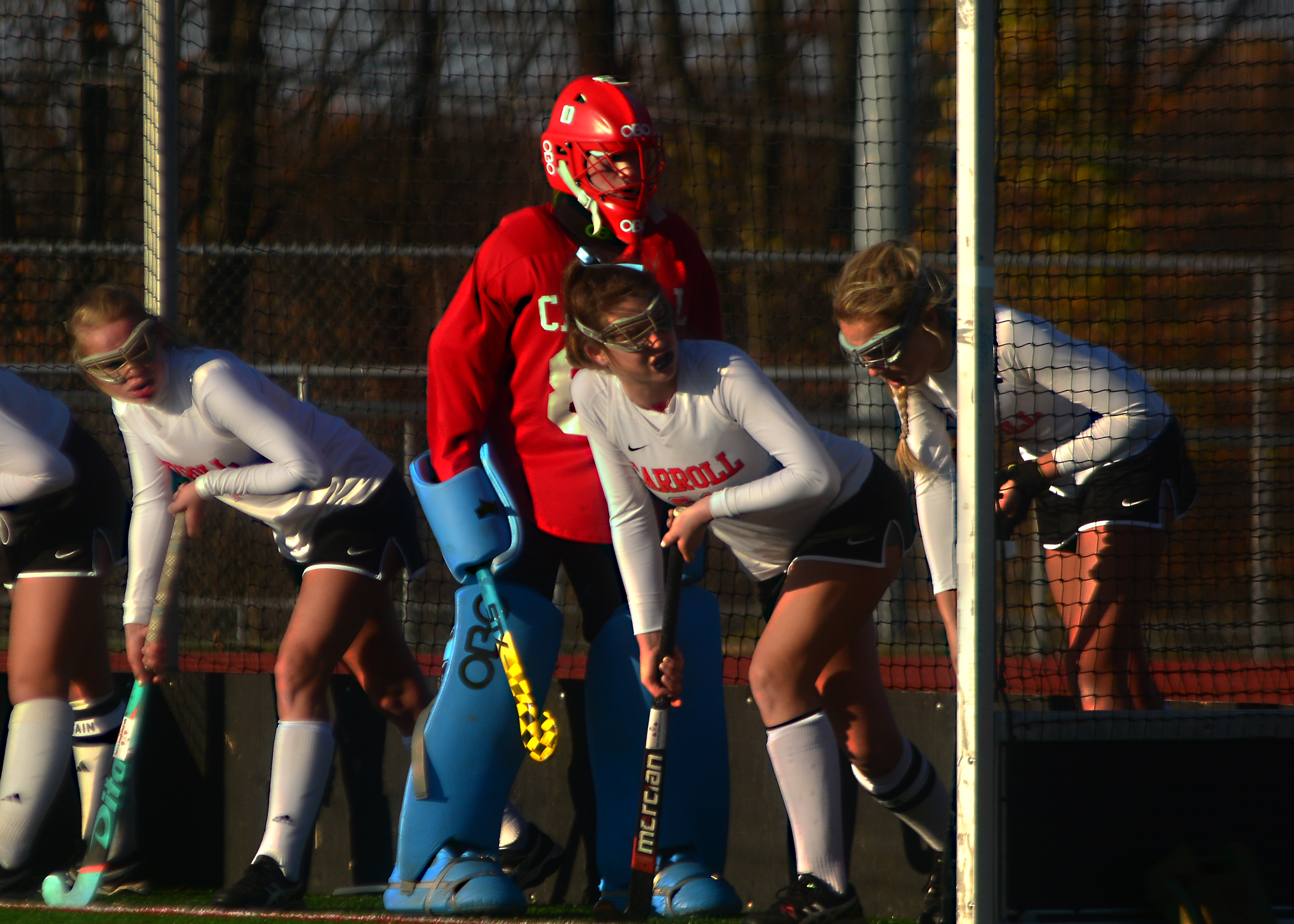 ELVERSON — This has been a great season for the Archbishop Carroll field hockey team, winning the District 12 title and advancing to the second round of the PIAA Tournament for the first time in program history.

But Saturday afternoon at Twin Valley High School, the Patriots ran into a buzzsaw in Donegal, led by one of the top high school players in the country in Mackenzie Allessie. The District 3 Class 2A champion Indians continued their march toward a state title, picking up a 3-0 win over Carroll.

“This is a special group of girls,” Carroll coach Christina Elisio said. “They wanted it badly and worked hard from the start and carried it through all season.”

Allessie was the difference in the game. The Ohio State recruit added to her national record for career goals, with a hat trick bringing that total to 376, 115 of which have come this season.

Two of those goals were in the first half, one eight minutes in. She scored the second with a little over four minutes to go in the half.

“We did what we could to try to stop her, always trying to at least double-team her,” Elisio said. “When we could, especially on corners, we tried to put three on her.”

The Patriots made halftime adjustments and had the better of play in the second half, before Allessie picked up her third goal late. The Carroll defense, led by goalie Marycate Kearney, played a fantastic second half. Despite the Indians being awarded nine penalty corners in the second half, Donegal only managed to get off three shots on goal. Kearney finished with nine saves.

Unfortunately, the Patriots couldn’t get it done on the other half of the field, forcing just two penalty corners and taking just one shot in each half.

“I thought our defense did a great job today,” Elisio said. “We talked at halftime, we got together and decided that we had to pick it up. We made a couple of adjustments, and played hard. You never want to be in a situation where you question things or feel like you didn’t give it everything you had, leaving it all on the field.”

The loss doesn’t detract from the great season the Patriots had. For the younger players, the experience will be invaluable.

“It’s been super exciting for all of us,” Elisio said. “We’re surely going to miss the graduating seniors. Right down to the JVs, we’ve all been very supportive of one another, and we’ll carry that forward. Just didn’t come out our way today.”