Upper Perk shuts out Methacton, advances to PAC final for first time since 2013 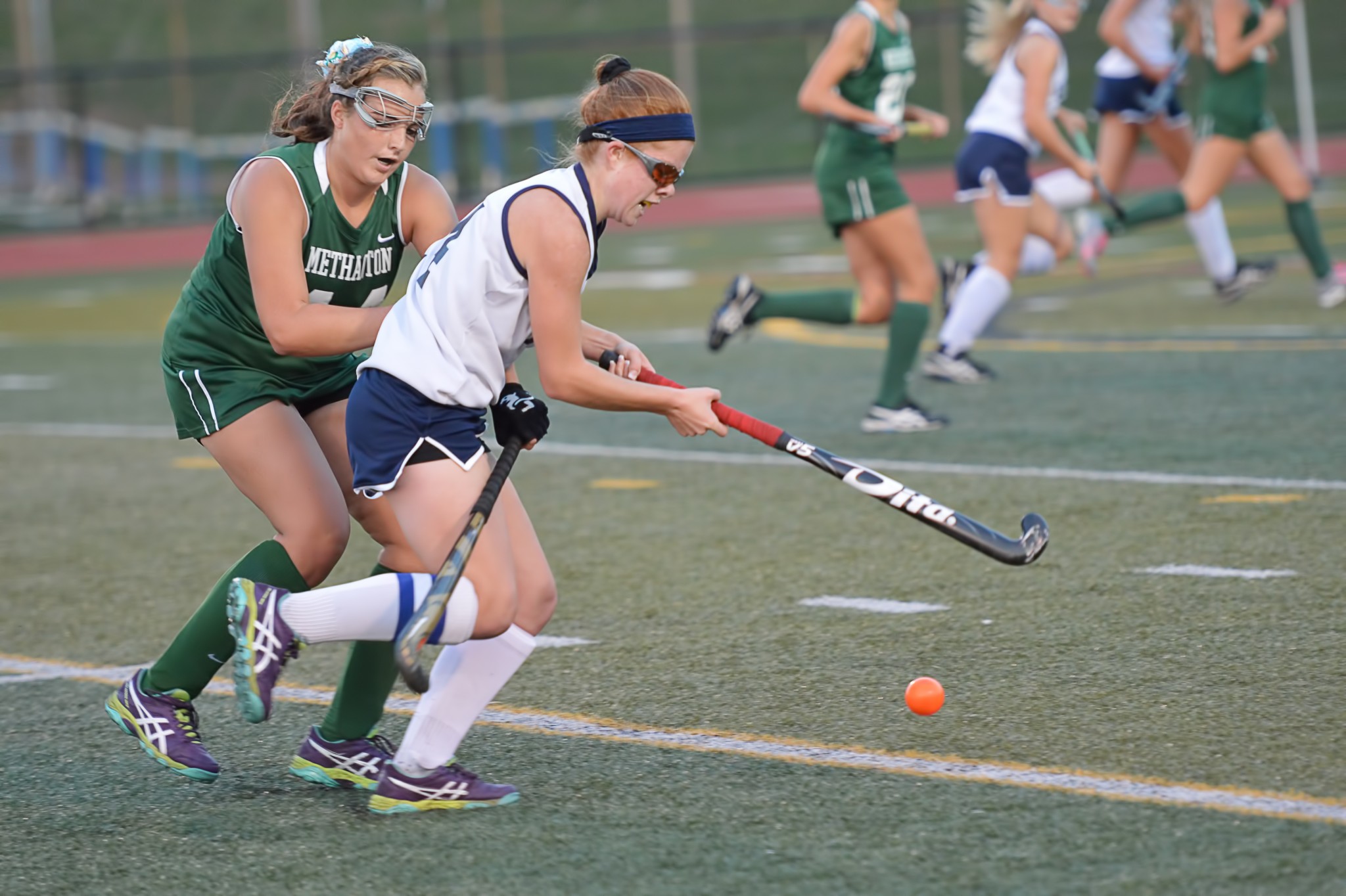 RED HILL >> She played water polo last season until she realized she wasn’t a swimmer. She was a field hockey player.

Pierson shined in the cage Tuesday night, turning away nine shots as Upper Perkiomen used a goal in the first half and a goal in the second to edge Methacton, 2-0, in the PAC Final Four semifinals.

The win sends the Tribe to the PAC title game Thursday night at 7 p.m. against Owen J. Roberts (1-0 victor over Spring-Ford) in a rematch of the 2013 final that fell in Upper Perkiomen’s favor. It was the team’s first victory in the PAC semifinals since 2013, which was also their last victory over Methacton since defeating the Warriors 4-2 in the semifinals courtesy of two goals from now UConn star Casey Umstead.

“We’ve been to this point every year,” senior captain Kathryn Lehman said. “Sophomore year we lost first round, junior year again. This is a really good feeling. It’s like my freshman year over again.”

“We lost to them (Methacton) in seventh and eighth grade and then lost to them again last year when our lacrosse team was in the final four,” Pierson said. “I was not losing this game to them.”

Pierson, who returned to field hockey for her senior season after playing water polo the past two seasons, did her part. The senior was magnificent in the cage, turning away heavy chances from the Methacton opposition throughout, including a flurry of saves in the game’s final seconds to secure the two-goal edge. With Pierson supporting a defense that benefitted strongly from a heady defensive save from Autumn Gehman, the Tribe made sure none of the eight Warrior corners resulted in goals.

“It’s a swimmers sport and I’m not a swimmer,” Pierson said of her switch back to field hockey. “They’ve always been trying to get me back and playing field hockey again. It’s nice to be back.”

Lehman and freshman AiYi Young provided the necessary goals for the Tribe, Lehman’s rebound on a Michaela Swenk blast from the top of the circle providing the host a 1-0 lead as time expired in the first half.

“I think that really started us off,” Lehman, a captain said. “We knew we had what it took to win this game. Losing to them in overtime last game (3-2), that really angered us. That goal, that set us off.

Young then provided the necessary cushion with 7:46 left in the second half, hammering home a rebound into the corner of the cage after Methacton goalie Addie Frey tried to clear.

“It was very exciting,” Young said. “I just didn’t think for once and I just played. (The goal) definitely put some cushion on the lead. It felt relieving.”

Methacton received six saves from Frey. However, finishing on offense was an issue for the team, which was shut out for only the second time this season. The Warriors best chances came in a span of seven minutes to open the second half with three penalty corners, none of which they could convert.

The Warriors host Central Bucks East in the team’s “Play 4 the Cure” game Saturday at noon.

“Not finishing was a big thing for us,” Methacton head coach Sarah Quintois said. “Their sticks were down, ours weren’t always. They were quicker with the ball than we were. We didn’t really get into a groove early enough and I think that hurts when you don’t get some momentum going.”