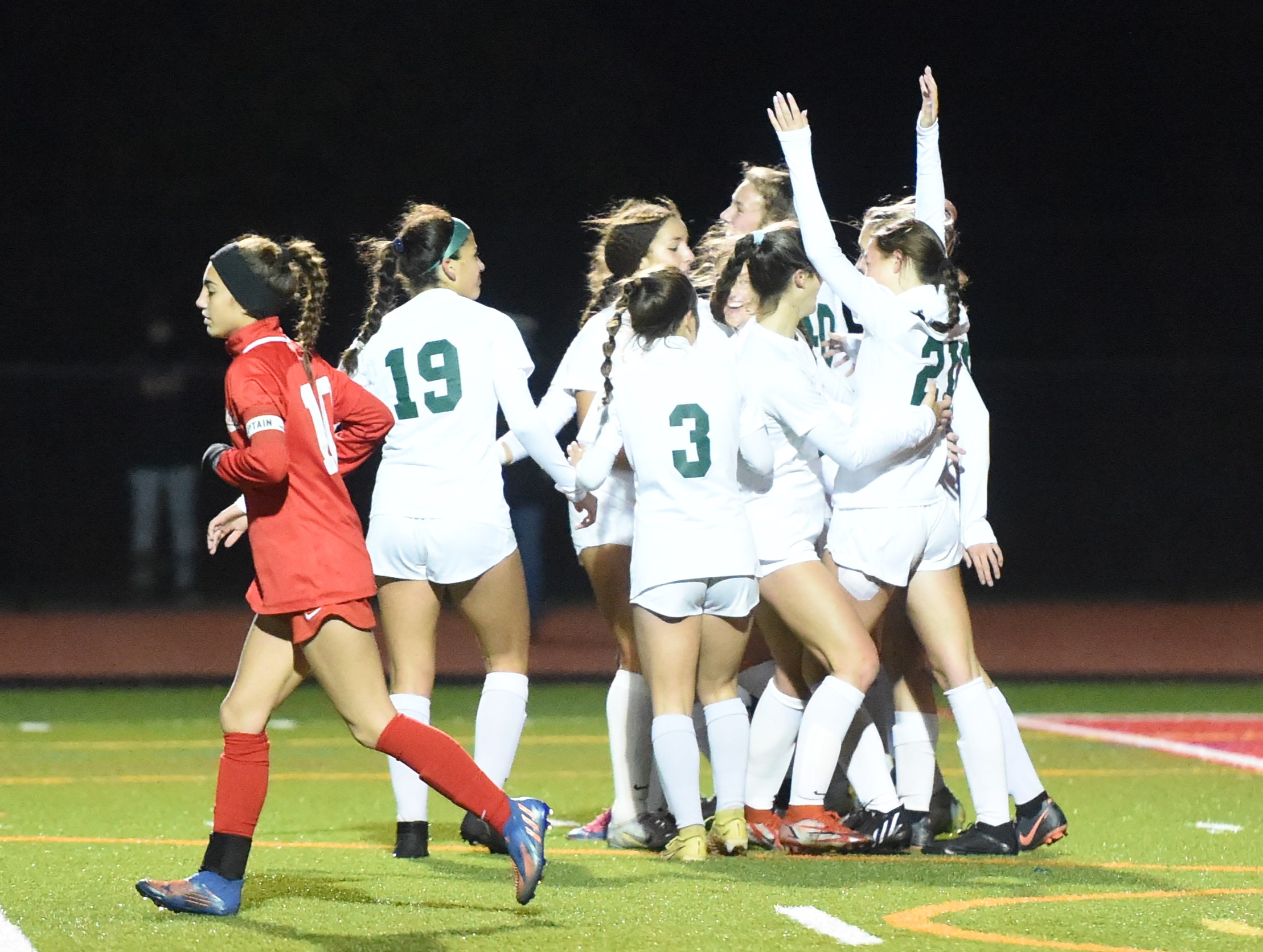 Pennridge celebrates after a goal by Anna Croyle (2-0 in the second half gave the Rams a 2-0 lead against Neshaminy during their PIAA-4A semifinal on Wednesday, Nov. 16, 2022 at Souderton (Mike Cabrey/MediaNews Group)

Three teams in the Reporter/Times Herald/Montgomery area are playing for state championships this weekend.

Springfield Montco boys soccer will play for a PIAA-3A title Friday while Pennridge girls soccer and Pope John Paul II girls volleyball will compete for 4A and 3A state crowns, respectively, Saturday.

The Rams return to the state finals for the third time since 2018 while the Spartans and Golden Panthers make their first trips to the state championship.

This has been a season of firsts for the Spartans.

The District 1 champion Golden Panthers have dropped only two sets during the state playoffs. They swept Carver in the first round, beat Twin Valley in five sets in the quarterfinals and swept Bethlehem Catholic in the semifinals.

“This year, our team is a close knit team. We play as a team, we don’t really rely on one kid to do a lot of the work,” PJP coach Ryan Sell said after the win over Bethlehem Catholic Tuesday. “Our teams have been fairly balanced throughout the years, but I feel this one is just — I mean, we’re so close. I don’t know, we’re good at a lot of positions.”

Pennridge won all three of its state playoff games by multiple goals. The Rams beat Central 7-0 in the first round, CB West 5-0 in the quarterfinals and Neshaminy 2-0 in the semifinals.

“We always say we didn’t come this far just to come this far,” Pennridge’s Anna Croyle said. “If we’ve come this far and have this kind of opportunity, we want to take advantage of it.

“We’ve done the work to get there, now we want to win.”

Central Dauphin won its three games by a combined score of 6-1, scoring two goals in each round.