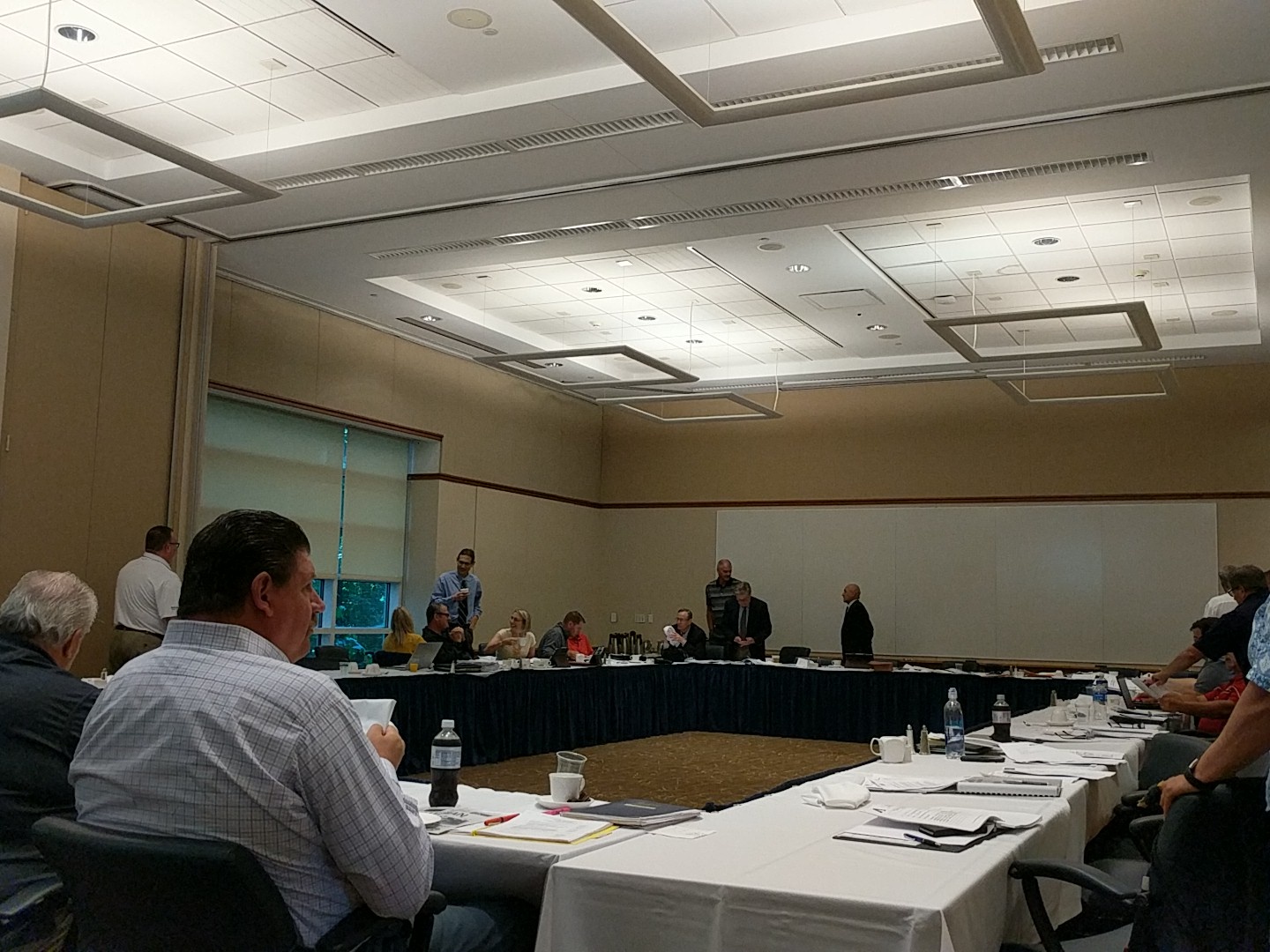 STATE COLLEGE >> What could be a landmark summer for the PIAA’s handling of competitive balance took its most definitive step yet Wednesday.

The PIAA passed two drastic policy changes — a postseason ban for athletes transferring in 10th grade and beyond, and the implementation of a competition formula in basketball and football for the start of the 2020-21 cycle — at its executive board meeting Wednesday at Penn State.

Both rules were passed under suspended protocol, allowing the PIAA to eschew the customary third and final reading of a proposed constitutional amendment.

The transfer guidance is the more pressing addition, to be implemented Aug. 6. The ban on participation in district and state tournaments complements existing language in the constitution, with athletically motivated transfers still banned. However, certain permissible transfers under that rule can be subject to a postseason ban that applies in an athlete’s first season at his or her new school in any sport that he or she competed in at a previous school.

Under the rule, athletes can transfer after spending ninth grade at a school, but any subsequent moves, if deemed non-athletically motivated, would be subject to a transfer ban.

“The people that maybe this will put the brakes on are those people that will go spend two years at a certain school and all of a sudden somebody needs a 152-pounder or a point guard or they might need a new pitcher in baseball and they think they can fill that need,” said Dr. Robert Lombardi, the executive director of the PIAA. “And the other stuff becomes bogus.”

The rule goes into effect Aug. 6. However, the rule refines the language surrounding when a transfer is said to be completed, a pressing issue for this summer’s period of student-athlete movement. A transfer is deemed complete, per the amended language, on the earliest date of either the first day of attending a class at the new school, the first day of practice with a new team, or in the case of a summer transfers the date of enrollment at a new school. For students trying to beat the deadline, that latter one, essentially when paperwork is filed and approved, is most pressing.

The rule includes a hardship waiver, which applies only to skirting the postseason ban but does not conflict with rules dictating whether or not a transfer is licit. The postseason ban can be waived if the athlete demonstrates that “the transfer was necessitated by exceptional and unusual circumstances beyond the reasonable control of the student’s family,” including change of employment, school- or court-administered transfer, military reassignment or a “demonstrable change in income or other financial resources that compels withdrawal from a private school.” Changes for “academic, developmental, spiritual or social reasons” or change of residence from a non-court-mandated family separation — i.e. voluntary changes of schools — will not garner postseason eligibility.

Adjudication of waiver requests remains with district and regional subcommittees. The No. 1 aim of this rule is in deterrence of transfers.

“I think it’s a continued step forward to ensure competitive balance,” District 1 chairman Dr. Mike Barber said. “And that’s what the competition committee was created to do.”

“I think it’s stronger and the goal is to deter,” District 11 chairman Bob Hartman said. “Not to punish or be punitive, but it’s to defer. And when there’s a legitimate hardship, do what you’ve got to do. No one’s trying to stifle legitimate transfers.”

This amendment augments other restrictions on athlete movement implemented earlier this year by the special competition committee. They include a mandatory 21-day sit-out for in-season transfers and denying eligibility to anyone who has already completed 50 percent of the allowable games in a season at another institution. Documentation requirements to disprove athletic motivation have increased, and the PIAA launched an online eligibility portal which allows it to catalog and approve transfer requests with an added degree of transparency.

The rule garnered wide support, including from Sean McAleer, who represents the Pennsylvania Catholic Conference.

“We support them. We supported them from Day 1,” he said. “There was a lot of negotiation back and forth. I think this will help eliminate the bad transfers that are out there in the papers, for both public and private. And I think this is a fair way of handling things moving forward.”

The less immediate change is the competition formula, which won’t affect this two-year cycle. This scheme would classify schools by taking into account success points from district and state competition as well as transfers gained.
The plan is preliminary and will require plenty of deliberation. Among the specifics enacted Wednesday were to move forward sans a seventh “super class” and to implement it first in basketball and football.

The PIAA enacted other smaller changes, including recommendations from the track and field steering committee and an increase in the postseason pitch count in baseball to 105 per game (from 100) and 210 in a week (from 200). District and state competition will require a certified pitch counter at games.

The hope is that for now, using the stricter transfer bylaws, the PIAA can tamp down on unrest within its members, particularly public schools dismayed at a larger share of championships going to private schools.