Pennridge edges Wissahickon in District 1-3A 1st round 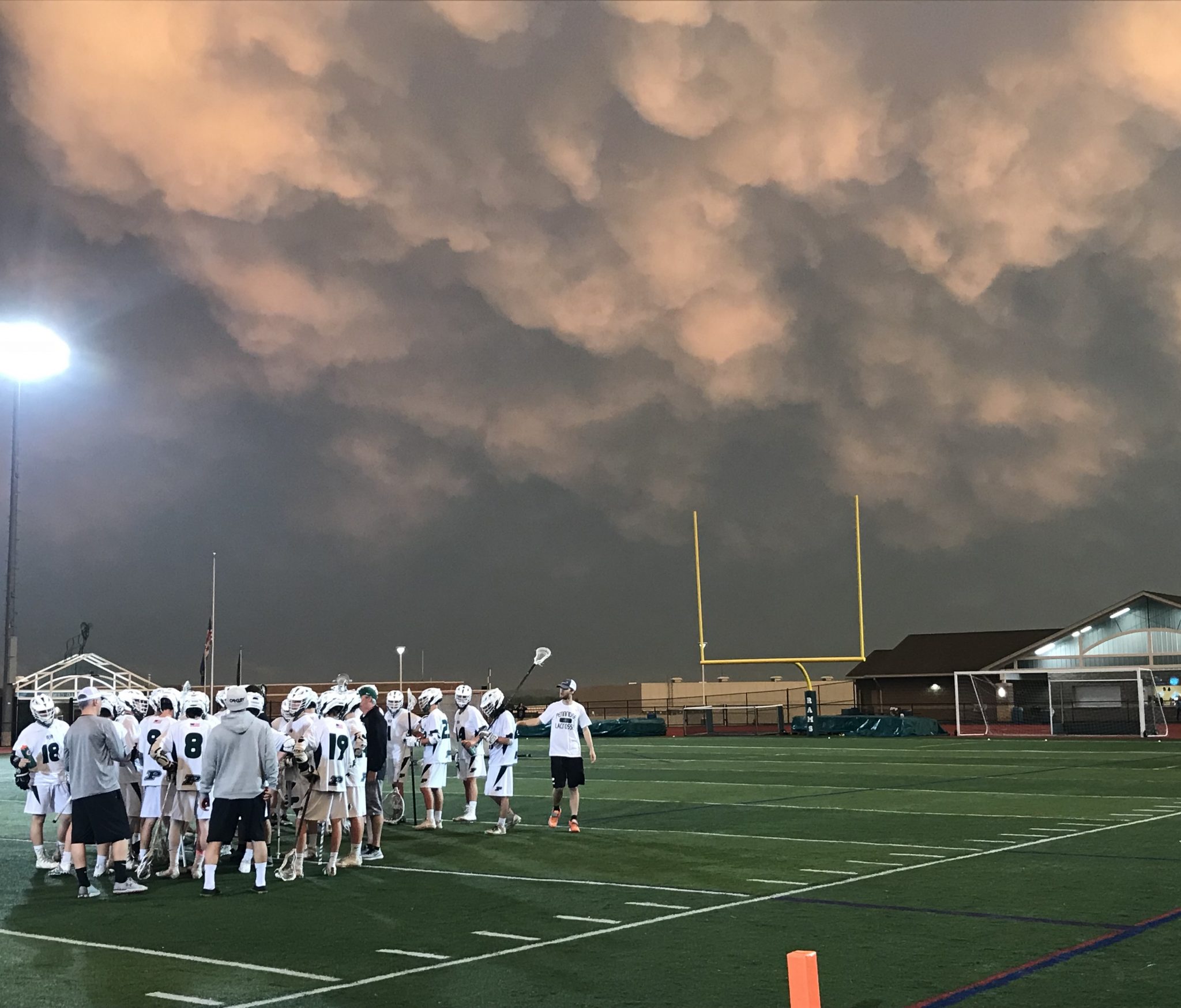 The Pennridge boys lacrosse team huddles during its District 1-3A first round game against Wissahickon on Tuesday, May 15, 2018. (Mike Cabrey/Digital First Media)

The Rams are now beginning to make postseason success a habit.

“My freshman year when (coach) J.P. (Banks) came here, he said he wanted to build a big powerhouse program — that’s what he calls it, I guess. And I guess we’ve been doing well ever since,” Rams junior midfielder Ryan Garner said. “Our records been getting better every year, so happy about that.”

Wissahickon, the 24th and last seed in the Class 3A tournament, gave No. 9 Pennridge all it could handle Tuesday night at Helman Field before the host Rams pulled away in the fourth quarter — scoring the final three goals to best the Trojans 8-4 in the district first round.

“We looked at the draw and as the nine seed, when you get Wissahickon as a 24 seed, I mean that’s a hell of a team and they’re far better than their record indicates,” Banks said. “The improvement that we saw in them throughout the season from when we faced them earlier in the year. I mean, they’re playing a lot of young kids and they’re going to be a team to look out for in the future.”

BOYS #LACROSSE: @RyanGar13082132 comes up with a loose ball then shortly after rips in a shot to put @ramsboyslax up 4-3 3Q vs. Wissahickon. pic.twitter.com/PkJ3wRfrX0

Garner, Nick Fanelli and Logan Lazasz all scored twice as Pennridge (13-6) topped its fellow Suburban One League side for the second time this season to advance to Thursday’s second round and visit No. 8 Downingtown East.

“I thought throughout the night our kids played pretty well,” Banks said. “I think we had some really good looks at the goal. Their goalie (Brad Melvin) made some really nice stops. We weren’t as accurate as you’d like to be so it was more continuing to do the same kind of stuff and making that extra look and looking for your teammate and not trying to hit a 3-point shot, trying to get the dunk. And I think we did a much better job of finish once we got those opportunities.”

Harrison Williams collected a pair of goals while Owen Baim had a goal and an assist for Wissahickon (6-11), which was looking for its first district victory since 2015. The Trojans, who lost to Pennridge 8-5 on March 29, scored twice in the final two minutes of the first half to tie the game 2-2 at the break. Wissahickon, however, was level just once more at 3-3 before the Rams collected five of the final six goals.

BOYS #LACROSSE: Logan Lazasz strikes (then some lightning does the same in the distance) as @ramsboyslax takes a 7-4 lead over Wissahickon 4Q. pic.twitter.com/xU1Z38wQDY

Wissahickon started the year 0-6 but won six of their next 10 to finish in a tie for second in the SOL American Conference and earned a spot in districts.

“Very excited for the future with this team if they continue to drive and push,” Layfield said. “But this game, we were coming in as the last-ranked team because of our record, we had a lot of close games, couple go our way, couple go against us, that could of changed that scenario. We were happy with our draw because we saw our guys earlier this year. We felt we matched up pretty well but we played on our heels to start the game.”

Garner gave Pennridge the lead for good in the third, breaking the 3-3 tie with an overhand rip into the top of the net with 2:12 left in the quarter. Garnet then opening scoring the fourth, going down the left side then spinning free from a defender to make it 5-3 at 9:01.

“Ryan Garner is just a tough, throwback middie. You see him out there, he plays defense, he plays offense, he’ll play man down,” Banks said. “He’s a junior, but he’s a leader on this team. Guys follow him and respect him. He’s taken a step back in the offense and let some of the other guys are getting the glory and stuff like that. But he’s out there doing the hard work all day.”

John Dickson found the opposite low corner to get the Trojans within 5-4 but Pennridge regained the two-goal advantage when Kevin Britner scored in transition with 5:03 remaining.

“It’s hard to cover three or four guys,” said Garner of the Ram’s balanced attack. “Not every team has a good pole who can cover their best guy every time. So I think it makes us a lot more dangerous on offense.”

Lazasz’s goal coming from behind the net extended the lead to three at 3:34 while Fanelli’s tally off a Jack Garner assist made it 8-4 with 1:37 left.

“It’s nice to see when you’re playing at this time of year. I know earlier in the season, there were a couple games where they were close or we might have been up and we kind of collapsed on ourselves and stuff,” Banks said. “So to be able to grow as we have throughout the year. I mean, we still play a lot of young kids. To be to grow and learn from that is valuable experience for the kids.”

Thunderstorms that rolled through the area delayed the game 53 minutes from its scheduled 7 p.m. start.

“It was kind of interesting, you could see (lightning) in the background the whole game but that’s 20 miles away cause we’re on top of a mountain here,” Layfield said. “So, I’m glad that they made the decision to let us play cause that would have been silly to have to drive up here then drive back.”

Scoring took a little while as well, with the first goal coming at 1:12 in the first quarter from Jack Garner for a 1-0 Rams advantage. Fanelli doubled the lead off a Lazasz assist at 8:59 in the second quarter.

The Trojans finally broke through when Baim found Williams to make it 2-1 with 1:41 before half. Baim tied things up with his strike at 13.7 seconds with the Trojans hitting the post just before the buzzer to keep the contest knotted 2-2.