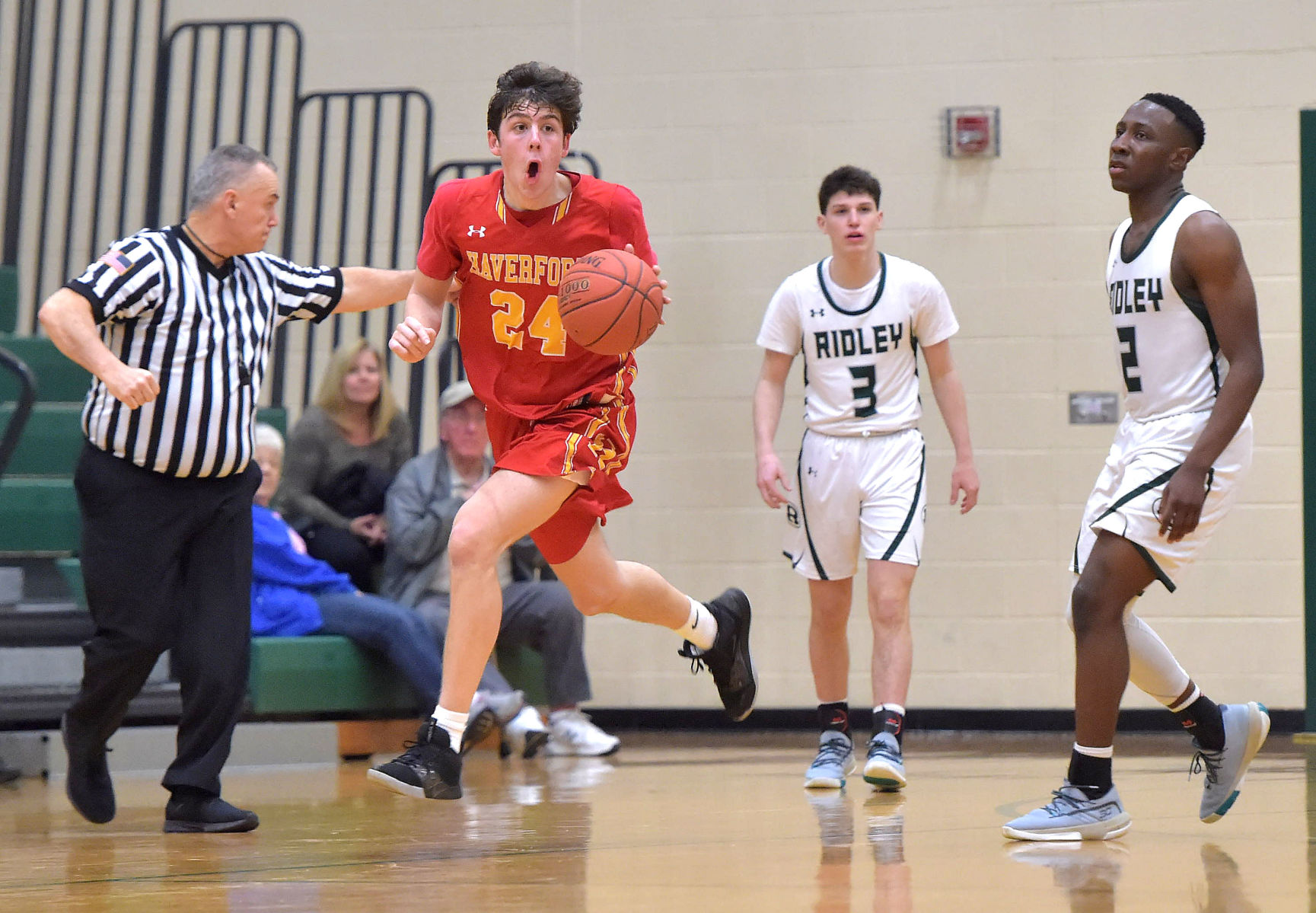 NEWTOWN SQUARE — Round 3 between Garnet Valley and Haverford High was another knock-down, drag-out fight.

Although in the beginning, it seemed the Fords were on their way to a first-round knockout after shutting out the high-scoring Jags in the first quarter.

Garnet Valley attempted nine shots before Justin Langan swished a 3-pointer from the corner at 22 seconds into the second period.

It was GV’s first basket of the night.

The shooting improved slightly for the Jags, but not enough to conquer the Fords and their tough defense.

“That’s just the kind of team we are,” Seidman said. ‘We trust our defense all the time.”

No, it wasn’t a great shooting night for the Jags.

Haverford led 8-0 after one quarter and 20-11 at halftime. Predictably, the Jags came out firing in the third quarter and pulled within one point, 22-21.

They never tied or went ahead.

The turning point came when the Fords beat a press late in the fourth quarter. Seidman fired a long pass to Hunter Kraiza, who was wide open in the corner and drilled a 3-pointer to put the Fords up by four points.

“It was huge for us,” Seidman said.

Haverford sealed the victory at the free-throw line. Seidman was 5-for-7 at the charity stripe in the final quarter.

Haverford will look to win its first Central League title since the league went to a playoff last decade.

“We’re going to stick to what we’re doing and keep going,” Seidman said.

Kraiza tallied eight points, five rebounds, two steals and two blocks. Will Higson did a lot of the dirty work inside the paint and finished with seven points and six boards.