Ridley turns it on late to top Perkiomen Valley 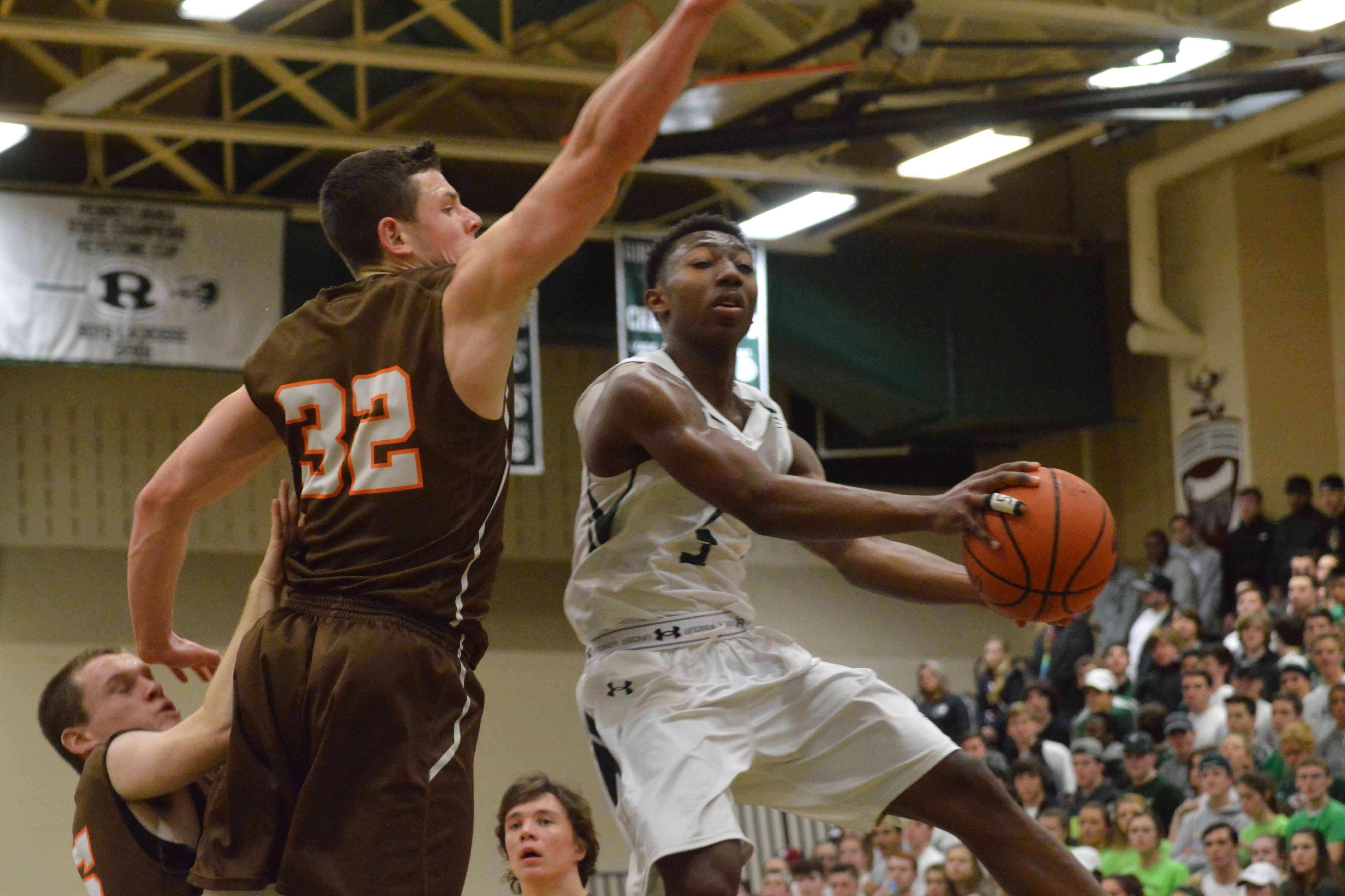 Not quite what Ridley may have drawn up, but hey, it’s working.

Julian Wing and Ryan Bollinger sparked another fourth quarter surge while Ridley’s defensive pressure turned it up in the waning moments as the Green Raiders overcame a pedestrian first three quarters to pull away from visiting Perkiomen Valley with a 45-31 victory in the District 1-AAAA second round Tuesday night.

Wing finished with a game-high 21 points, 15 in a tide-turning fourth quarter while Bollinger added 14, including two critical 3-pointers that sparked an 18-3 run to close out the game that earns the Green Raiders a PIAA berth. Ridley, which topped North Penn by a narrow 51-49 margin in the opening round, will host Spring-Ford Friday night, a win securing the team’s second consecutive district semifinal appearance.

Perkiomen Valley’s Justin Jaworski finished with a team-high 12 points in the loss, which pits the Vikings against Pennridge in the district 9-10 playback round Friday night at Pennridge. The 12 points is the least for the Viking junior since he scored 13 in a 39-36 loss to Methacton nearly a month ago. That was due in large part to a swarming man-to-man defense executed by Ridley that left Brett Foster (eight points) in the shooter’s face the majority of the night.

“Our goal was to keep him (Jaworski) under 15, that was our goal for the game, which we did,” Snyder said. “We knew he could score from all over the place.”

“Last game against North Penn we didn’t play good team defense,” Bollinger said. “This game we wanted to focus on team defense, key in on their shooters and not let them get open looks.”

Cullen O’Connor chipped in with seven points as the Vikings controlled possession and the tempo throughout the first three quarters, notably holding the ball for the 1:34 of the final 1:40 to take a 25-20 lead into the fourth quarter.

“They came out and jumped on us,” PV head coach Mike Poysden said of Ridley, which led 7-2 after the first. “I thought we responded really well, brought it back to tie; 25-20 at the end of the third, that’s our game. We have to finish but I think it’s a great learning experience for our guys in terms of ‘now we’re in district playoffs, we have to play all four quarters.’”

The Vikings failed to do so.

The aforementioned 25-20 lead evaporated in the quarter’s first three minutes due in large part to a defensively charged Green Raiders squad that forced four turnovers (12 overall) in the game’s final quarter. Liam Thompson also stood tall, taking three charges as the Green Raiders took the lead midway through the fourth and never looked back.

“Down the stretch, at this level, them drawing three charges really hurt us,” Poysden said. “You’re talking about a six-point swing or three additional fouls. Offensively, you have to be to recognize that and adjust as we attack.”

With the defensive effort reaching its highest peak, Bollinger and Wing went to work. Wing hit a 3-pointer to pull it to within 28-27 before he found a cutting Damir Fleming to give Ridley a 29-28 lead. Bollinger then added to the onslaught as he hit two 3-pointers from the right corner to build the lead to 37-31 with 2:02 remaining. Clutch defensive stops continued allowing Wing to seal the game, going 10-for-10 from the line to propel Ridley to the next round.