Randolph, Diggins too much for Haven as Wood advances 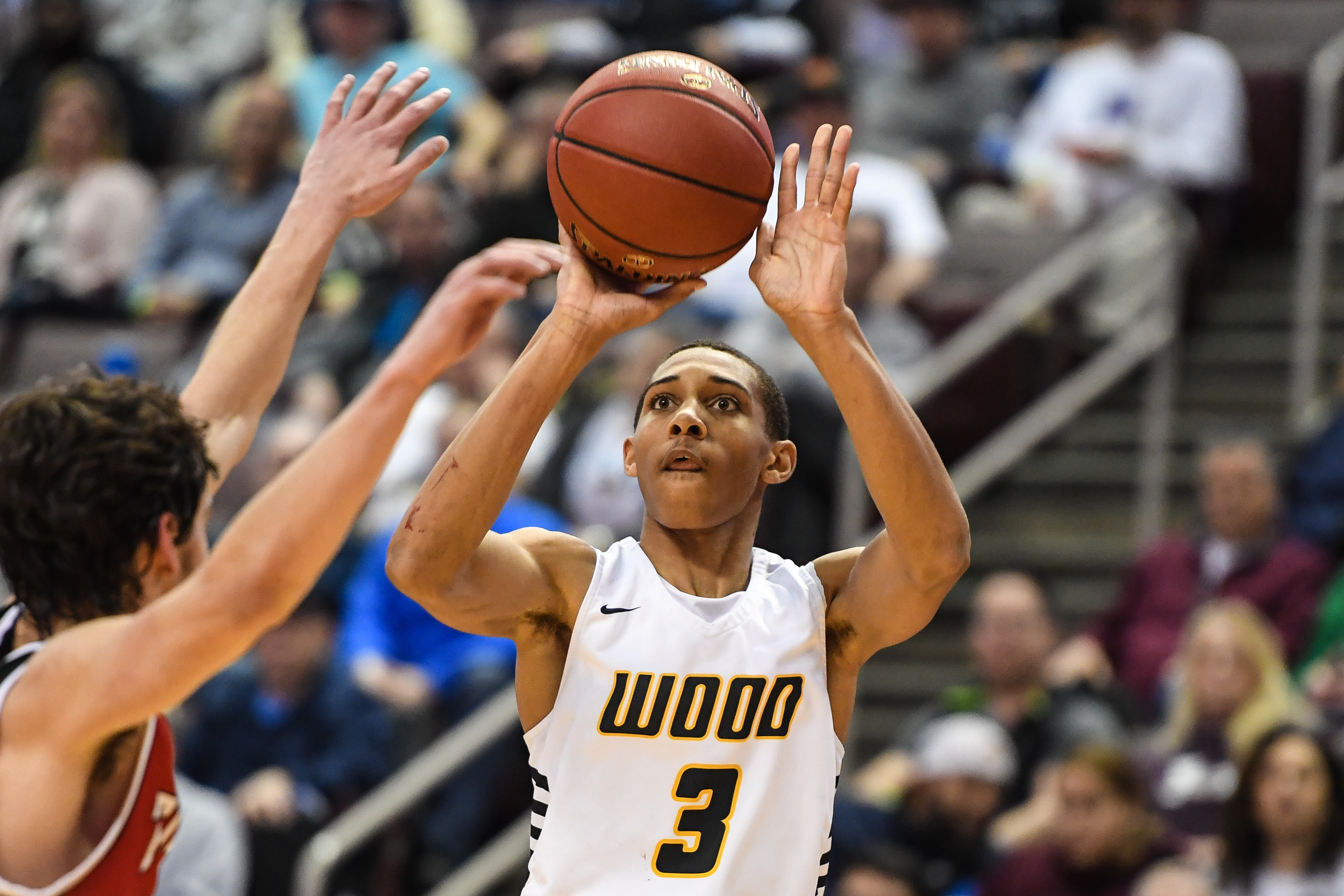 Rahsool Diggins, pictured here in a game from earlier in the season, led the way in Archbishop Wood's 72-45 win over Strath Haven in the first round of the PIAA Class 5A tournament.

“I’m not going to lie to you,” said Randolph, the Vikings’ outstanding junior guard/forward. “That’s the best player I’ve ever played with.”

Although he didn’t say it, Randolph was speaking on behalf of the entire Vikings basketball team. After all, it’s no wonder why Diggins is one of the most sought-after Division 1 prospects in the state.

Diggins and Randolph were unstoppable during Wood’s third-quarter outburst, combining for 20 of their squad’s 27 points.

“We had to put it together,” Randolph said.

It took a while, but the District 12 champion Vikings eventually did just that, and ran away with a 72-45 win over Strath Haven.

The result was expected, but credit goes to the Panthers, who were the sixth-place team from District 1. Haven gave the heavily favored Vikings all they could handle for one half.

“They slowed it down on us, they were playing their game in the first half,” said Diggins, who amassed 17 points on 6-for-12 shooting from the floor. “We had to come out and play our tempo, push the ball, make them pay for their misses. We had to attack and play our tempo.”

Wood’s four-point lead at halftime ballooned to 11 points less than three minutes into the second half. The Vikings were able to run the floor and execute their transition game. Randolph had a slam and Muneer Newton converted a three-point play.

“They were a tough team,” said Randolph, who compiled a game-high 23 points. “The main change was our defense. In the first half we were too lackadaisical, not respecting our competition. We also knew they weren’t as good as us and so in the second half, we came out and played to our potential.”

Daeshon Stinson’s 3-pointer to put Wood ahead 22-21 ended a lengthy field goal drought for the Vikings, who bricked 11 shots from the field in the second quarter. But they finished the first half with a flurry and carried over the momentum.

“We knew what we could do, we just had to show it,” Diggins said. “We have to stick together. We know if we want to be successful and win a state championship, we have to play as a team and not just for (one or two quarters) … but for an entire game.”

Wood converted 9 of 12 field-goal attempts in the third quarter, outscoring Haven, 27-9. A four-point advantage at intermission swelled 22 points at the beginning of the final period.

Despite Friday’s loss, Strath Haven’s season was a success. Under first-year coach Chris Conlan, the Panthers went from a hopeless, 3-19 Central League cellar-dweller to taking sixth place in District 1 and playing in a PIAA tournament first-round game against one of the top dogs in Pennsylvania.

Boys basketball is back at Strath Haven.

“I think, as a team, we expected to do better than last year, but definitely didn’t think we’d go this far and make states,” Pio said. “To first make the Central League playoffs and then districts and now states, it’s just incredible when you think about where we were just last year. We’ve come a long way, I think.

“When you have new coaches come in, the players have to buy in. If not, you’re not going to win. And we as seniors knew we wanted to have a good senior year, we were all willing to buy in. The coaches … did really great and they were able to help us get better and better.”