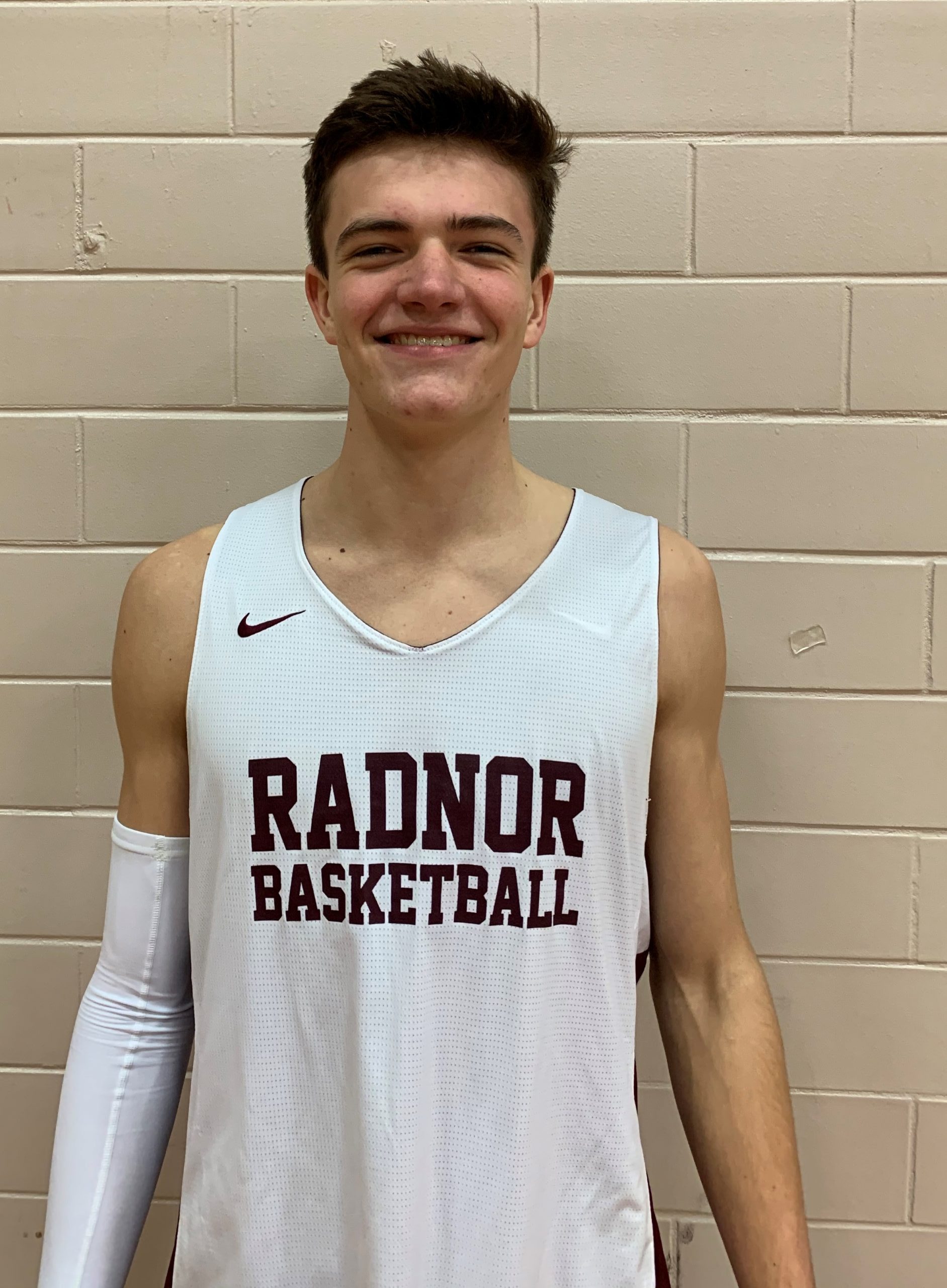 Q: What has been your favorite moment so far this season and why?

A: Beating Penncrest on the road earlier this season (a 32-30 win Dec. 13).  It was a great team win against a program that has won two of the past three District 1 championships and had really owned our matchup over my career.  To get that win in front of their fans was a great feeling.

Q: What aspect of your game do you feel you have improved the most this season?

A: Being able to score off the dribble, in the paint and in other ways that aren’t just catch and shoot.

A: I’ve been working to get touches in the paint and post to take advantage of matchups I get against smaller guys.

Q: Tell us a little about your start in competitive basketball. Who have been your most influential basketball mentors; and what was the most important thing you learned from each of them?

A: My Dad was really the one who got me into basketball when I was little and taught me about the game.  Since then I thank Coach [Jamie] Chadwin for helping me to improve over my four years at Radnor.  Also Coach Vreeswyk and Coach Carroll at my AAU team East Coast Power for giving me the confidence to be the best player I can be.

A: We have game day practices before every game so that we can get shots up and get focused so that we’re ready to go that night.  Then I’ll go and get something to eat before coming back to watch the JV.

A: My favorite basketball player right now is Matisse Thybulle.  Even though he’s just a rookie, he plays great defense against the league’s best players and he’s a great shooter too.

Q: You wear uniform jersey No. 32 for Radnor basketball – why did you pick this number – does it have any special significance to you?

A: I wear No. 32 because it was one of the only ones left when it was my turn to pick as a freshman.  Since then people have just recognized as my number and I have kept it ever since.

Q: What is your favorite course at Radnor? What do you think you’d like to major in at college? Is there a career path that particularly interests you at the present time?

A: My favorite class at Radnor this year is Econ, I find it really interesting and you get to learn about stuff that will help in the real world.