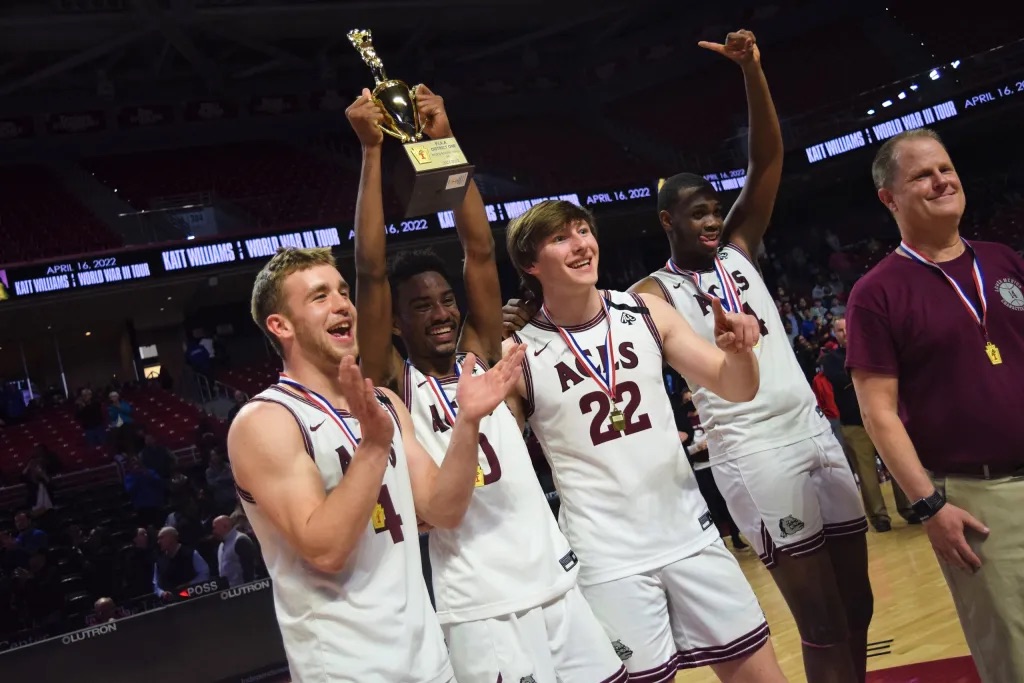 The lead senior was the 6-foot-9 Penn State-bound Lilley, who averaged 18.2 points per game and 11.9 rebounds per game this season. He finished his Lower Merion career with 1,301 points, making him the 7th leading boys’ scorer in school history. It is believed that Lilley is the leading rebounder in program history.

“Demetrius is the second-most dominant player I’ve ever coached,” said Lower Merion head coach Gregg Downer, who has led the Aces to three PIAA state titles in three decades. “I don’t ever expect again to coach someone as dominant, and the other dominant one [the late Kobe Bryant] is in the Hall of Fame.”

Shippen was a solid force for the Aces this winter, and pulled down five rebounds in the PIAA 6A state semifinal. During the past two years, Shippen led the Aces in both assists and assists/turnover ratio and often defended the opposing team’s best player.

“I think Jaylen is very underrated,” said Downer. “You always talk about Steve Payne and JaQuan Johnson, and I think Shippen was a great, great warrior, played for us for four years and took on all the hard assignments.”

Shippen’s older brother Alex played for Harriton nearly a decade ago, and Jayden remembers the intensity of the Rams’ contests against Lower Merion.

“I remember how the Lower Merion student section always used to be filled, and the intensity of the games,” said Jaylen. “I wanted to be one of those [Lower Merion] kids someday. My brother told me that, if I put in the work, I would be there. Finally, in my freshman year, I was able to [play for Lower Merion] and for four years I was able to continue a legacy.”

Bard was a key factor in the Aces holding Roman Catholic’s high-scoring Daniel Skillings to just six points in the state semifinal. Bard is a fine all-around athlete who is going to Duke University to play lacrosse.

“We weren’t sure at all if he was going to be able to play at all this year due to injuries [shin splints],” said Downer. “He not only got onto the court this year, but became a team leader and provided outstanding toughness and defense.”

Bard, who played for the Aces for the past three years, said, “It has been a pleasure to play with these guys and this coaching staff. I would not trade it for anything. I will forever be an Ace 17 strong.”

Asked what message he would like to pass down to the younger Aces, Bard responded, “Have toughness and confidence every time you step on the floor. You want to continue to push yourself whether it’s in the weight room, practice or game. Give it your all, which is the Aces way.”

Gribbin provided some solid play this past winter for the Aces.

“Peter Gribbin was a great teammate,” said Downer. ““He trusted the process and had some great moments for us this year. He’s a very good basketball player who would have been a starter most other places.”

Asked what kind of message he tried to pass along to the younger Aces, Gribbin responded, “I think it’s the standard of excellence. We go into the season with three goals – Central League title, District title, state title, and I know for sure that these younger [Aces] will carry that on.”